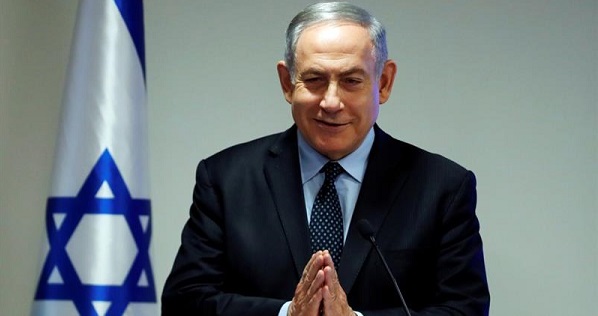 NOTE: APN would like to invite you to a briefing call on Tuesday, March 31st, at 12:00 noon (EST) with Haaretz columnist Bradley Burston.
To participate in the call, phone 951-797-1058 and enter code 147414. (A recording of the call will be posted after its completion.) To send questions in advance, please send an email Tuesday morning to Ori Nir at onir@peacenow.org.

You Must Be Kidding:
The IDF General Staff planned to deploy armed soldiers to accompany police as they patrolled ultra-Orthodox cities, where people have been bucking the health guidelines and endangering lives. But it decided against it because of the "potential for problems," for example, when a soldier shoots into the air to disperse civilians, reported Haaretz+. Yet, that potential never stopped the IDF from employing the method in the Palestinian Territories.**


“Why take the child support away from children because their mother – like the rest of the country – was put on unpaid leave?”
—Etti Manshur, 42, a single mom of three asks. She was dismissed from her job due to the corona virus effects. Under current Israeli law, single mothers who get child support payments from the National Insurance Institute suffer a double financial blow when they lose their jobs: they also get a reduction in their child support.*

Top News Summary:
Infection among the ultra-Orthodox, lack of respirators in the periphery and in general and disputes in the forming of a unity government were the top stories in today’s Hebrew newspapers.

**After cases of infection increased eightfold in an ultra-Orthodox city compared to the twofold national average, and ultra-Orthodox residents defied health guidelines and clashed with police (some of whom were accused of selectively enforcing the rules in favor of the ultra-Orthodox), Israel considered imposing a lockdown on centers of the ultra-religious sector and even deploying soldiers to enforce it, but meanwhile backed down on the use of soldiers due to fear of the ultra-Orthodox’s reaction. (See more on Corona in Israel in Corona Quickees below.)

Elections 2020 / Netanyahu Indictment News:
In an eight hour meeting between Saturday night and Sunday morning, Kahol-Lavan leader Benny Gantz and Israeli Prime Minister Binyamin Netanyahu agreed on most issues to form their unity government agreement, but got stuck mainly on who gets what ministry. Yedioth reported that Netanyahu’s decision to waive MK Yuli Edelstein's appointment as Knesset Speaker following a Kahol-Lavan veto and Gantz's decision to waive Kahol-Lavan’s demand for the health care ministry in return got people on both sides angry. The Likud made it clear it wanted a 34-minister government, but Kahol-Lavan was satisfied with 30 (also considered very large - OH). Netanyahu will assign at least five portfolios to members of the right-wing bloc: two for Shas (interior and religious), one for United Torah Judaism (probably health), a permanent ministry for Yamina (probably education), and another ministry to be given in rotation. Gantz's party is expected to receive the defense, foreign affairs, communications and culture ministries as well as the Knesset committee. It appears that Miri Regev will be appointed Interior Minister. Gantz and his partner, Gabi Ashkenazi, vetoed the nomination, but are expected to withdraw their rejection, Yedioth Hebrew reported.

The Knesset Regular Committee yesterday conducted a complicated process of disassembly of Kahol-Lavan and its assembly into separate parts. Kahol-Lavan was divided into two different factions: one led by Gantz and Ashkenazi, who are expected to join the Netanyahu government and which got to keep the name Kahol-Lavan. The second faction will be headed by Yair Lapid and Moshe Ya'alon and it will be called Yesh Atid, the name of Lapid’s original party. At the same time, the most right-wing former Kahol-Lavan MKs (besides Yaalon), Yoaz Hendel and Zvi Hauser, resigned from the Telem party headed by Ya'alon and announced the establishment of the Derech Eretz party, which will work jointly with Gantz's faction within the coalition. MK Pnina Tamno-Shata left Yesh Atid and transferred to support Gantz and MK Ghadid Kamal-Marih will make the opposite path to Yesh Atid. Yamina party seems to be the worst affected by the formation of the upcoming government, writes Yuval Karnin in Yedioth Hebrew. Naftali Bennett will probably receive a ministry of medium importance and the rest of the party will settle for one smaller role for half a term. The offices where Bennett's name came up are Education or Homeland Security. Habayit Hayehudi’s Rafi Peretz holds a promise from Netanyahu to appoint him as minister regardless of the number of mandates Yamina has.

Israel Hayom’s Mati Tuchfeld writes that the right-wingers who voted for Netanyahu will be disappointed if "they thought he would address the legal system [i.e. decrease its powers - OH] could wind up disappointed, as could those who believed that the government should apply sovereignty to Judea and Samaria immediately. The mechanisms being put together will guarantee broad agreement before any decision is reached on those matters, and Gantz and his cohort will effectively be the ones to decide how they play out.”

Interestingly, Haaretz+ revealed that according to the Shin Bet, organized incitement Gantz in the recent election campaign was similar in scope and intensity to the period preceding the 1995 assassination of Prime Minister Yitzhak Rabin. It was out of fear of political assassination that it recommended following the March 2nd election that Gantz receive a bodyguards.

Elections 2020/Netanyahu Indictment Commentary/Analysis:
The Word 'Magician' Hardly Describes Netanyahu's Stunning Achievement (Yossi Verter, Haaretz+) His magic, as in countless other occasions during his long career, was mixed with something else – destiny.
Gantz knew this was the only way he would fulfill his desire to reach the prime minister's throne (Yossi Ahimeir, Maariv) In a courageous act, Gantz made a move that was unlike any other in Israeli politics. Kahol-Lavan was left wounded, bleeding on the road, and added to a long list of pretentious parties that gained glory for an hour.
Stability cannot be postponed (Mati Tuchfeld, Israel Hayom) PM Netanyahu realizes what many people still do not – that the true emergency government being formed is what Israel needs.  A bloated cabinet is the price we pay for unity.
Israel’s Edge: Netanyahu-Gantz Superstorm Distracts From Coronavirus Dread (Chemi Shalev, Haaretz+)  The national unity government’s first achievement is to split Israel’s body politic in all directions.
Gantz had no choice (Rabbi Dov Fischer, Israel Hayom) Blue and White leader's decision to join PM Netanyahu and form a unity government was not a political betrayal. His act was not that of a once-in-a-generation patriot who gives up everything for his land and his people.
On the road to unity: Netanyahu is expected to have an internal intifada in the right-wing bloc (Ben Caspit, Maariv) Netanyahu knows that legal proceedings against him cannot be stopped, and his associates testified that he "strives for a respectable exit." In such a situation, his interest to keep the Yamina party (Bennett and Shaked) in the coalition drops to zero.
The Moral Corruption Netanyahu and Gantz Seek to Implement (Haaretz Editorial) After having turned his back on his voters and on his partners in the Kahol Lavan joint ticket, Benny Gantz is also now turning his back on the values he has publicly preached for over a year. His decision to join forces with criminal defendant Benjamin Netanyahu and form a government with him has necessitated new legislation to make the illegal legal.
What a year! A political reporter reflects on three snap elections (Danielle Roth-Avneri, Israel Hayom) The unprecedented political rollercoaster ride during the past 12 months means that the new unity government has a daunting task to carry out.
This time without Kahol-Lavan: October 2020 elections would make a clear decision (Nadav Haetzni, Maariv) Despite the coalition being formed between fragments of Kahol-Lavan and between Likud and in light of the events, it is precisely now that elections are needed. On the day after corona, the citizens of the state must go to the polling station and announce their opinion regarding the earthquake that occurred here. This will not be a fourth election campaign in a row, it will be the first election on the day after the flood - that same alliance between the party of the chief of staffs, Avigdor Lieberman and Balad. Elections after the integrity of the "Just not Bibi" camp was finally shattered, and after the boycott of the enemies of the state in the Knesset was broken. An election after the fiction that called itself Kahol-Lavan and announced that it was neither left nor right. And elections after it was proven that there is no line that Binyamin Netanyahu will not cross to stay in power longer. There must be elections and as fast as possible.
Wanted: A non-bloated, non-bankrupt government (Ben-Dror Yemini, Yedioth/Ynet) While the coronavirus epidemic ravages the global economy, it is up to a nation's leaders to show fiscal and moral responsibility; in Israel though, the heads of state have seized the opportunity to promote their own interests.
When the unity government comes into being, the masks of the elected officials will be removed (Yehuda Sharoni, Maariv) Appointing 34 ministers at a cost of hundreds of millions of shekels and leaving those responsible for the corona screw up  in their current role - prove that everything is politics, and that politicians are simply ignoring the hearts of citizens.

Other Commentary/Analysis:
If Israel Tightens Coronavirus Lockdown Further, It Will Risk a Total Collapse (Meirav Arlosoroff, Haaretz+) Some $39 billion of possible lost GDP translates into hundreds or thousands of people potentially committing suicide.
Defense Ministry must lead the war on coronavirus (Moshe Karadi, Yedioth/Ynet) The virus is hitting Israel in every conceivable arena, and with all due respect to the Health Ministry currently at the vanguard, there is just one entity equipped to deal with a crisis of this scale.
Despite the Corona crisis, security threats must not be forgotten (Dr. Eran Lerman, Maariv) Resilience and solidarity have a direct impact not only on the ability to flatten the curve, in the epidemiological aspects of the crisis, but also in the political and strategic fields.
Mossad’s Quest for Coronavirus Kit in the Arab World, and Netanyahu’s Big Cover-up (Yossi Melman, Haaretz+) That Israel’s prime minister tasked Mossad head Yossi Cohen with a frantic quest to source coronavirus kit in the Gulf is the most serious indictment of Netanyahu yet.
Arab states fear corona will lead to chaos, anarchy (Daniel Siryoti, Israel Hayom) The spread of the pandemic highlights the difference between the rich Gulf states and the poorer Arab countries where health care is already lacking, and send people out into the streets.
Those who trampled on the principle of separation of powers were the judges (Dr. Haim Misgav, Maariv) Yuli Edelstein did not "undermine the foundations of the democratic process,” as Esther Hayes said, but rather acted within his powers. The hysteria of the High Court justices in the case stank of a constitutional putsch.
Coronavirus Has Killed Neoliberalism. Even Trump Knows That (Shlomo Avineri, Haaretz+) Some conclusions about the coronavirus pandemic in order to outline ways of managing the crisis as well as allow for a recovery later.