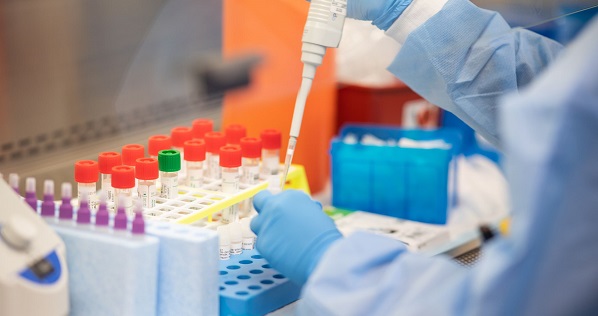 Quotes of the day:
“We are all fighting the same enemy, which is a global enemy...the corona.”
—IDF Col. Iyad Sarhan, the commander of the IDF’s Coordination and Liaison Administration for Gaza, sums up the reason Israel is now allowing some things in to Gaza that it banned for years.*

"A month ago, this appeared imaginary."
--A driver in a car at one of the checkpoints at the corona-hit ultra-Orthodox city of Bnei Brak, where police prevented all people from entering or exiting, Maariv reported.

You Must Be Kidding:
"People who met with Prime Minister Benjamin Netanyahu in recent months have heard lengthy speeches that seemed to be taken from one of Oliver Stone’s conspiracist screenplays. He told them that even though he has been elected repeatedly, in reality, the country is controlled by a ‘deep state.'"
--Haaretz's Gidi Weitz reported about Israeli Prime Minister Binyamin Netanyahu's conspiracy theories.**
Front Page:
Haaretz

Top News Summary:
Israel closed off the corona-hit ultra-Orthodox city of Bnei Brak (and residents feel discriminated against) and it considered closing off more ultra-Orthodox cities (Maariv), the number of corona tests is dropping instead of increasing and Israeli Prime Minister Binyamin Netanyahu and Kahol-Lavan leader Benny Gantz declared they made progress in their last meeting Friday, but still have not reached a unity government agreement - making top stories in today’s Hebrew newspapers. Also interesting was how differently the Hebrew media reported on Hamas politburo chief Yahya Sinwar's words about the respirator shortage in Gaza and his threat to Israel.

Elections 2020 / Netanyahu Indictment News:
After the meeting of Netanyahu and Gantz, the parties reported progress, mainly on the issue of who gets which ministry, but the issue of annexation is still the main obstacle, with Kahol-Lavan opposing Israel annexing any West Bank land and Netanyahu keen to implement the annexation before the US elections. (Maariv) Haaretz’s Yossi Verter writes that Kahol-Lavan wants to define the first six months as an “emergency government,” during which there will be no activity regarding the Israeli-Palestinian conflict, such an annexing territory. “For Netanyahu, Levin and their ilk, this is a death trap,” writes Verter, because if the US presidential race is close, candidate Joe Biden could tell Israel to hold its annexation horses. Meanwhile, the Labor party formally requested to end its left-wing alliance with the Meretz party, clearing the way for Labor to join the Netanyahu-led government. Meretz Chairman Nitzan Horowitz said Labor chief Amir Peretz has "abused the trust of hundreds of thousands of voters.

Also of interest, Haaretz’s Gidi Weitz reported Friday that Netanyahu has been telling people he has met with that a ‘deep state’ controls Israel and that there is no democracy in the country. “People who met with Prime Minister Benjamin Netanyahu in recent months have heard lengthy speeches that seemed to be taken from one of Oliver Stone’s conspiracist screenplays. He told them that even though he has been elected repeatedly, in reality, the country is controlled by a ‘deep state,’” Weitz reported.

In an interview Thursday night, Hamas politburo chief, Yahya Sinwar, has two main messages, but one was distorted and the other was a side note in most of the Hebrew media. Channel 13 News gave the most thorough report, explaining that Sinwar pointed his words at Israeli Defense Minister Naftali Bennett, saying that “If the respirators are not allowed in to the Gaza Strip, we will take them by force from Israel and stop the breath of six million Israelis.” It also noted the second message: That Hamas is ready to make some concessions on its demands for a prisoner swap if Israel releases elderly Palestinian prisoners, sick ones and female ones were released due to the corona virus. Channel 13 also quoted Sinwar saying that in order for negotiations to begin, Israel must first release the prisoners released in the Shalit deal whom Israel re-imprisoned.” (Also Israel Hayom) So far, Hamas has reported that there are 12 corona patients in the Gaza Strip. Ynet Hebrew’s Elior Levy reported that Sinwar said, “When we need respirators, I tell Bennett - we will make six million Israelis unable to breathe." Only Levy reported that there are only 65-60 respirators in the Gaza Strip and that they will not suffice if an outbreak occurs. Channel 13 and Ynet reported that the security establishment assessment is that if Hamas loses control over a corona outbreak, before its collapse, it will act against Israel through demonstrations and rockets. Levy wrote that if there is an outbreak in the Gaza Strip, corona patients may demonstrate at the border fence. Moreover, an outbreak of corona in Israeli prisons where Palestinian security prisoners are incarcerated could also lead to the disturbance of peace and possibly rocket fire. In the meantime, Hamas has completed setting up isolation camps and prepared the hospitals for the reception of seriously ill patients if needed. Meanwhile, ‘Israel Hayom’ twisted Sinwar’s quote: 'If Gaza faces ventilator shortage, we will take them from Zionists,’ read the title. The longer version of Sinwar’s quote was also distorted: "Let me tell [Defense Minister] Bennett, if we find that corona patients in Gaza can't breathe, we will cut off the air to six million Zionists and take what we want from you," it quoted him, omitting the part about Hamas taking action if Israel prevents respirators from entering the Gaza Strip. The Jerusalem Post’s Tovah Lazaroff interviewed an Israeli official and an Israeli expert, who both said Israel must help the Gaza Strip without creating a security threat.

Other Commentary/Analysis:
With the world pre-occupied with coronavirus, Israel pushes a West Bank land grab (Evan Gottesman, Haaretz+)  Pushing annexation right now is playing with fire. It would likely force Israelis and Palestinians into a two-front war: an armed conflict, while fighting, without coordination, COVID-19.
Coronavirus has sealed the coffin of Israel's dying privacy (Einav Schiff, Yedioth/Ynet) Israelis are submerged by coronavirus-related cacophony emanating from their televisions and smartphones, not taking the time to worry the defense establishment is collecting data that could ultimately be used to control them.
90 Years Could Pass Before We Learn the Lessons of Israel's Coronavirus Crisis (Yaacov Lozowick, Haaretz+) How did Israel manage the coronavirus, we'll ask when it's over. But the data will be under lock and key until the next century.
Whose neglect? (David M. Weinberg, Israel Hayom) Israel can no longer afford the purposeful and self-destructive sectarianism of its minority communities. All Israelis are now paying the coronavirus price for this anarchy; for minority lawlessness and government fecklessness. I say that the "neglect" problem runs far beyond the haredi sector to include Arab, Bedouin and other minority communities in this country and that it runs in the opposite direction.
Coronavirus plus oil crash could cost Israel and Iran their key Gulf state contact (Sebastian Castelier, Haaretz+) The coronavirus crisis and oil price warfare have given Saudi Arabia and UAE critical leverage on a struggling Oman. It could be the end of Muscat’s maverick independent foreign policy, with repercussions across the Mideast.
War on coronavirus may help ultra-Orthodox integrate in society (Yedidia Stern, Yedioth/Ynet) While virus sweeps through the ultra-Orthodox population due to misinformation, consequently putting the rest of Israel's population also at great risk, it presents an opportunity to bring this public closer to the rest of the population, or, if handled the wrong way, isolate them further.
The Silence of ultra-Orthodox Politicians in Israel Betrayed and Imperiled Their Own Community (Anshel Pfeffer, Haaretz+) There is no group better prepared for confronting COVID-19 than the disciplined Haredi community. So why did it take so long?
Israel needs an exit plan for this coronavirus crisis (Nadav Eyal, Yedioth/Ynet) While the quarantine has so far proven to be effective in at least slowing down the infection rate, Israel needs a more daring, and informed plan if it is to survive the economic downfall that threatens to swallow the global economy.
Coronavirus Outbreak Gives Iran a Narrow Window of Opportunity for Better U.S. Relations (Zvi Bar'el, Haaretz+) Urgings and pressures have not produced a substantial shift in Washington’s policy, but a crack was nonetheless forged. Is Iran willing to shift its stance?
How Turkey is turning into the next Iran (Benjamin Weil, Israel Hayom) Despite Ankara facing away from the West, the US and Europe must come up with a way to address Turkish concerns, as well as President Erdogan's desire of becoming a regional superpower without posing a threat to the Middle East allies.