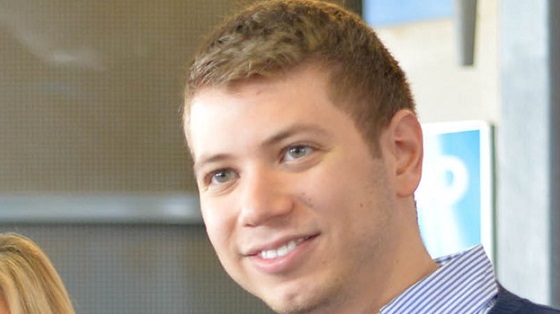 Prime Minister Binyamin Netanyahu's son, Yair Netanyahu, wrote on Twitter Thursday following a protest against the premier that he hopes "the elderly people who die following this protest will be from your bloc," referring to left-wing parties.**
Front Page:
Haaretz
Yedioth Ahronoth
Maariv This Week (Hebrew links only)
Israel Hayom

Top News Summary:
Today's Hebrew newspapers announced that Israel tentatively begins its first partial exit from the corona restrictions, Kahol-Lavan leader Benny Gantz said he and the Likud were close to an agreement for a coalition government, on the northern border, Hezbollah and Israel exchanged warnings, and in the south, Hamas said it's still waiting for an Israeli response to the prisoner exchange offer.

Over the weekend, the IDF found three holes in the border fence between Israel and Lebanon. The Israeli military analysts said this was the Hezbollah response to Israel’s airstrike on a Hezbollah jeep last week. The analysts agreed that both sides are trying to avoid an action that will set off a deterioration that could lead to a conflict. (See Amos Harel, Yossi Yehoshua and Ron Ben-Yishai in Commentary/Analysis below.)

On Friday, the political leader of Hamas, Ismail Haniyeh, said he was "optimistic about the possibility of reaching an agreement (with Israel) to exchange prisoners...If Israeli leaders are serious - we are ready to come to a deal to free our prisoners. Some parties and mediators contacted Hamas and looked at the possibilities we would be willing to agree to. We showed them what may be the key to this issue." The senior Hamas official also said that "the release of prisoners is a goal we aim to achieve, in fact, at all costs." In a surprisingly frank expression of cooperation with Israel, Haniyeh said, “We are at a historic juncture and a strategic threat and everyone must believe in the principle of partnership to confront what we are exposed to," he added. As reported, the organization announced that the humanitarian initiative it proposed to Israel regarding a prisoner exchange deal is still in place. A statement issued by the organization on the occasion of Palestinian Prisoner Day read: "The humanitarian initiative we have proposed to Israel still stands. This initiative was proposed because of the medical dangers the prisoners are exposed to in the shadow of the corona epidemic. The door is open to any mediator who has serious and substantial answers from Israel to our proposal." However, Haaretz+ reported that the head of Hamas' political office, Musa Dudin, said Friday that Israel was not taking the Hamas proposal seriously. "We want to be transparent with our public," said Dudin. "As of now Israel is not serious about the deal." In exchange for the four Israeli prisoners - two alive and two killed in one of the Gaza Wars - Hamas demands a release of the elderly, sick and minors, as well as those released in the Shalit deal, some 60 Palestinian prisoners whome Israel released in exchange for Israeli soldier Gilad Shalit, but then  rearrested in the following years.

Elections 2020 / Netanyahu Indictment News:
Kahol-Lavan leader, Benny Gantz, said that there has been a significant breakthrough in negotiations for a unity government with the Likud party, and the that the two sides are close to signing an agreement. (Maariv) Haaretz+ reported that Gantz, who is Speaker of Knesset, is delaying approving two bills, one which would bar Israeli Prime Minister Binyamin Netanyahu from forming a government while he or she is under criminal indictment. The other bill, to "freeze the political situation in Israel,” was proposed by Yesh Atid chairman MK Yair Lapid, one of Gantz’s former political partners. The bill would prevent the forming of a government for the next six months during the corona crisis - and it was intended to make it possible for Gantz not to join the coalition at this time. (Maariv)

As the possibility rises of a law being passed preventing Netanyahu from being prime minister, his off-the-record reactions to this possibility have become known. Almost two weeks after Haaretz’s Gidi Weitz reported that Netanyahu has been telling his associates that Israel is controlled by a ‘deep state,’ Weitz reported Friday that Netanyahu has been telling his associates that the High Court is part of a judicial “deep state.” “Let there be no doubt, the High Court will take the opportunity to oust me,” Netanyahu said in these conversations. Netanyahu also warned that if the court prevents him from being prime minister, or if a law is enacted banning him from running for the post in the future, a civil rebellion will erupt. “Masses will take to the streets,” Netanyahu warned. “There will be a call to boycott the election.”

Netanyahu announced Saturday night that Israel would ease some coronavirus restrictions affecting public life and economic activity. Some stores will be allowed to open as well as high-tech and finance industries and industrial plants. Social distancing will be still enforced.  At the request of ultra-Orthodox Health Minister Litzman praying will be allowed in groups of 10. The government approved the proposal late Saturday after a six-hour meeting.

Elections 2020/Netanyahu Indictment Commentary/Analysis:
Netanyahu no longer wants a unity government, he wants to crush the Supreme Court (Yossi Verter, Haaretz+) It’s now clear that eradicating the coronavirus is out and preventing the judiciary from curbing Netanyahu's power is in.
Gantz Refuses to See the Writing on the Wall (Haaretz Editorial) The chairman of Kahol Lavan is refusing to internalize the fact that it’s not the coronavirus but Netanayhu’s looming trial that is the only threat on the prime minister’s mind, and that it is only his attempt to evade a trial that is driving him to seek a partnership with Gantz. How many more hints does Gantz need in order to see the full picture? Only last week Gantz and his associates realized that Netanyahu was insisting on controlling the appointment of justices who would be judging his case. This should have been sufficient to understand what Netanyahu is really after.
Benny Gantz Is in Netanyahu’s Hands (Carolina Landsmann, Haaretz+) Gantz did not get trapped in Netanyahu’s hands, he placed himself there in full view of the entire country, stating honestly what he believed: “Netanyahu, this is the moment of truth.” Now, the ball is in Netanyahu’s hands. He must decide if he’s going to be loyal to the country and its citizens and establish a national emergency cabinet to deal with the coronavirus, leaving his legal fate solely in the hands of the courts, or whether he’s going to crush Gantz and prove that Netanyahu is above all else.
We must enter a unity government like when you swallow a bitter and necessary medicine (Prof. Arieh Eldad, Maariv) Reality requires the establishment of a unity government, but it is also important to remember at this time: Israel's political system is very ill, and it is not Netanyahu who surrenders to Gantz - but the right that surrenders to Netanyahu.
The political burial place of the Number 2s under Netanyahu is unknown - and yet they continue to believe in the prime minister (Ben Caspit, Maariv) A row of politicians believed in the prime minister when he signed agreements with them, and they discovered that it was an trick that cost them their political lives. It's an known fact - so why doesn’t the Kahol-Lavan chairman, Benny Gantz, knock the table over, break the rules and advance, with all possible force, the package of laws that is hanging over Netanyahu's head  - limiting tenure and of course not allowing a criminal defendant to form a government? It’s a great question, which I don't really know how to answer, but there is a thesis that this time Bibi is serious. It's unlike anything we've ever seen. All those promises were made on other days, not under indictment with three counts of bribery, fraud and breach of trust. This time Netanyahu's situation is complicated, the threats to him are many, and his only way to secure another year and a half in Balfour (the prime minister’s residence) is to go with Gantz to unity and rotation.

Interviews:
'Netanyahu's actions more dangerous than coronavirus'
In an exclusive interview, Edward Snowden, the man who bared the secrets of American intelligence, says he is surprised that Israelis are not furious over the use of Shin Bet anti-terrorism measures to track people infected with the virus, which he calls 'intolerable.’ (Interviewed by Ronen Bergman in Yedioth/Ynet + AUDIO)