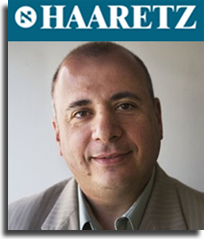 We cried because of the shock, but also because we realized that this was a seminal moment. We realized that Yigal Amir’s bullets, the ones that that killed Rabin, were also meant to kill the prospects for peace, and we understood that they could very well succeed.

In the weeks and months that followed, the many Palestinians with whom I spoke talked admiringly of Rabin, including those who still bore scars, physically or metaphorically, from the "break their bones" policy that Rabin had endorsed several years earlier, when the first intifada erupted.

It was not only Palestinian leaders who were devastated by Rabin’s assassination. For many ordinary Palestinians, Rabin was a symbol of transformation. A transformation among their Israeli neighbors from enmity and conflict to peace, on the road to reconciliation. Many told me that Rabin’s transformation had given them hope – just as it had given hope to so many Israelis.

A week before Rabin was cut down, Israeli forces started withdrawing from West Bank towns, beginning with Jenin.

In this beautiful town, as Israeli forces mounted their jeeps to hand the town to their Palestinian counterparts, I witnessed a playful conversation between young Palestinian men and Israeli border police officers. They knew each other by their first names. Days earlier they were still clashing, rocks vs. batons and tear gas. Now they were joking together.

"We don’t hold a grudge," a 32-year-old Palestinian named Ahmad Ibrahim told me. "We tell them: let’s make peace, without rocks, without batons and without beating."

Rabin was no saint. I saw him in downtown Ramallah, shortly after the first intifada erupted, when he said that the demonstrations must be quelled "by force, by might, by beating." He never publicly told soldiers to break Palestinians’ bones. But senior sources told me that he did behind closed doors.

The results of this horrific policy were on display in Palestinian hospitals, overflowing with young men who had been ruthlessly beaten. Israeli and foreign journalists documented the beatings, and harshly criticized him for his brutal policies.

An op-ed I published, headlined "Rabin’s Carrot is a Stick," earned me a wrathful early morning phone call from his spokesman, enraged both by the headline, and by the critique of Rabin’s approach as defense minister, responsible for Israel’s unity government’s policy in the West Bank.

But Rabin changed. He came to appreciate the Palestinians’ dogged pursuit of national liberation. I was told by more than one person in his inner circle that after a couple of years of failed attempts to quell the uprising, Rabin explicitly recognized that you can’t break the Palestinians’ spirit and their desire for independence. For many Palestinians, at the time, this became Rabin’s legacy.

It was this legacy that Yigal Amir targeted. Amir became one of the most successful assassins in history. He killed so much more than Rabin. Months after he pulled the trigger, a right-wing government took power, headed by Benjamin Netanyahu, who has worked hard ever since to thwart Rabin’s legacy and hinder efforts to resolve Israel’s conflict with the Palestinians through a historic compromise.

Amidst the kerfuffle surrounding my organization’s event to honor Rabin, my friend and former colleague Gershom Gorenberg wrote:

"Every chapter of a book changes the meaning of all the chapters before. Every day each of us writes a new chapter of our book. Rabin's bio includes harsh chapters. In the final chapter of his life, Rabin broke the mainstream Israeli taboo, recognized Palestinian nationalism, and determinedly pursued peace with the Palestinians (…) No Israeli leader, and very few leaders anywhere, have shown the same kind of courage.”

It is this courage that we at Americans for Peace Now will honor at our October 20 event. It is the spirit and hope that Rabin inspired, among both Israelis and Palestinians.

In honoring Rabin’s legacy of peace, we hope to remind both sides, and the world, that the Israeli-Palestinian conflict is an existential threat to both peoples.

We hope to rekindle Rabin’s determination to do the hard, thankless – and sometimes dangerous – work to finally resolve this destructive conflict.