On the 47th Anniversary of the Occupation: Time for Hard Truths, Tough Actions 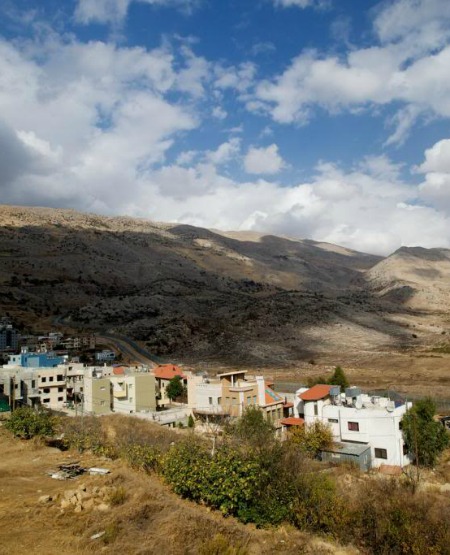 Forty-seven years ago this week, Israel won a stunning victory in the 1967 War.  This was not a war of Israel’s choice or making.  It was a defensive war, with Israel facing threats by armies from countries on all sides seeking Israel’s destruction.  Repelling and defeating these armies, Israel sent a resounding message to the region and the world: we are here to stay.

Israel’s victory in the 1967 War left it with a pressing question: what to do with the additional land now under its control: the West Bank (including East Jerusalem), the Gaza Strip, the Sinai Peninsula, and the Golan Heights.  As recognized by many Israelis – and demonstrated in the Camp David Accords with Egypt – these lands offered Israel the opportunity to normalize its position in the region through agreements with its Arab neighbors, based on the principle of  land for peace.

Forty-seven years later, such normalization remains a distant dream.  Rather than act in good faith to seek agreements based on land-for-peace, for 47 years successive Israeli governments have actively and passively collaborated with Israel’s own extremists in their efforts to take land-for-peace off the table in favor of fulfilling their own grandiose, messianic vision of Greater Israel.  And now they’ve succeeding in killing what many believed was the best chance for a negotiated peace agreement with the Palestinians that has ever existed, and the best chance that may exist for a long time to come.

The failure to achieve peace these past 47 years has many authors: Israelis, Palestinians and others.  Indeed, Arab rejectionism and Palestinian terrorism over the years were highly detrimental to peace efforts – and even if there were no settlements, there might still today not be peace.  However, it is Israeli governments alone who bear responsibility for permitting Israeli control of lands captured in the 1967 war to metastasize into the poisonous, ideologically motivated land grab of these past 47 years, which today imperils Israel’s security, its  health as a nation, its viability as a Jewish state and a democracy, and its position in the international community.   For this reason, our focus on this 47th anniversary of the occupation is only on the Israeli side of the equation.  As an American Zionist organization that cares deeply about Israel, it is with great pain that we put forth this analysis; we do so out of our love for Israel and where it is heading.

The occupation and settlements are destroying Israel.  They have hijacked Israeli politics, and undermined Israel’s own interests and values.  They are pushing Israel toward becoming an international pariah and are threatening Israel’s survival as a Jewish state and a democracy.  Promoting and defending the occupation and settlements has eroded Israel’s claims to military self-defense, while leaving Israel increasingly demonized, defensive, and isolated – a nation of many virtues that has come to be viewed by much of the world exclusively through the prism of the occupation.

Israel needs to stop building settlements and end the occupation urgently. It must do so not as a concession to the Palestinians but for Israel’s own sake.  We have had 47 years of Israeli resources squandered on the self-defeating and immoral settlement enterprise.  47 years of Israeli military energies hijacked and morale eroded as military service has become an exercise in the subjugation and policing of the lives of Palestinian civilians.  47 years of occupation policies generating more Palestinian grievances, anger and hatred, sowing the seeds for future conflict and violence and alienating potential allies regionally and internationally.

Israel has for most of the past forty-seven years shown to the world the face of a nation that does not truly seek peace. This period has been punctuated by various efforts to reach peace, the most serious of which was cut short by the assassination of a courageous peace-seeking Israeli prime minister by an Israeli extremist seeking to sabotage peace.   Subsequent peace efforts have been undermined and discredited by the refusal of Israeli governments to put an end to policies on the ground that perpetuate and entrench the occupation and expand settlements.

The occupation has led to an increasingly callused Israeli and American Jewish mindset.  Such hardening has been necessary to rationalize and excuse the dehumanization, injustices, and brutality of occupation.  It has left the most serious problems inside Israel to fester, from social inequality, to the treatment of minorities, to the secular-religious divide. And today, the brutalization of Israeli society – its mindset and its ethics – is bleeding across the Green Line into domestic issues, fomenting ever-greater intolerance, racism, extremism and, increasingly, violence.

The current Israeli government is a government of the settlers.  It has chosen settlements over security; land over peace; rule by law over rule of law; and Greater Israel over a greater position for Israel in the region and the world.   Its actions and the words of its leaders both demonstrate that it is not remotely interested in negotiating a two-state solution or preserving the possibility of a two-state solution to be negotiated in the future.

This Israeli government has rightly earned the lion’s share of blame for the collapse of the latest peace effort.   It exploited the asymmetry of power in this conflict to turn peace talks into a fig leaf to cover actions on the ground that are antithetical to the achievement of peace and a two-state solution, now or ever. It deliberately undermined the talks with its own actions and statements; today, members of the government are openly celebrating the demise of the peace effort.

The American Jewish community bears a heavy burden of responsibility for the situation today.   For decades, American Jews and our community leaders and organizations have made excuses for Israeli policies, and have worked to inoculate Israel from criticism and pressure.  For decades, elements within the American Jewish community have actively supported and funded settlers and settlement projects whose clear mission is to prevent a peace agreement with the Palestinians and obstruct a two-state solution.

Reject return to process without content.  Negotiations with a government of the settlers are pointless and even damaging, providing cover for this government to carry out its poisonous pro-settlement agenda.  A return to talks is only desirable if there is an Israeli government demonstratively interested in achieving peace and a two-state solution.

Focus on changing Israeli policies.  Supporting Israel today means working ceaselessly, energetically and unapologetically to combat the morally and politically abhorrent policies that are the backbone of the occupation, including and especially policies that support and promote settlements.

Support for Israel must stop at the Green Line. Individuals in Israel and around the world must boycott settlements and products produced in settlements, while rejecting boycott/divestment/sanctions efforts targeting Israel proper.  Governments should in every possible way distinguish between Israel and the Occupied Territories, including in trade relations and cooperation agreements.  Plans to unilaterally annex the West Bank or parts of it must be vehemently rejected. Unilateral withdrawal initiatives that in effect seek to alter or erase the Green Line, ostensibly as pro-peace interim steps but potentially creating greater obstacles to peace and the two-state solution in the future, should be treated with skepticism.

Dear Livni and Lapid: Quit the government.  It can no longer be argued that Tzipi Livni and Yair Lapid are today anything more than fig leaves, providing this government of the settlers with political cover for its actions and policies.  It is time to join Shalom Achshav, Israel’s Peace Now movement, in calling for the removal of this fig leaf, to create the environment for the emergence of a pro-peace government.

Zero tolerance for anti-peace actions.  For decades, the U.S. and other nations have expressed measured disapproval for Israeli actions that are inconsistent with peace and the two-state solution, but have failed to impose meaningful consequences. The results of this toothless approach speak for themselves.  This dynamic must change.  While making sure not to imperil Israel’s security or delegitimize Israel as a nation, the U.S. and the international community must change the Israeli government’s cost-benefits analysis when it comes to policies that are inimical to peace and the two-state solution.

Zero tolerance for hateful and anti-peace rhetoric.  Israeli incitement to hatred or violence, as well as for rhetoric or teachings that are racist, demonize or dehumanize the other, or contradict the two-state solution, must cease. It must cease regardless of the often outrageous and outright hateful practices and statements of Palestinians.  Israeli officials who express such views must be called out and denounced.  The Israeli government must be called out and denounced for funding individuals and organizations promoting such agendas. Palestinian incitement cannot serve as justification.

President Obama: Formalize U.S. positions.  The Obama Administration’s peace efforts have unmasked Netanyahu as a prime minister who is not serious about peace, and today he is leading a government of the settlers, whose members openly reject the two-state solution.  In this context, the time has come for the Obama Administration to pick up the gauntlet left by previous U.S. administrations and formally articulate U.S. policy and positions vis-à-vis permanent status issues.  It should do so, however, only if it is prepared to articulate principles that are consistent with the Clinton Parameters and longstanding U.S. principles regarding resolution of permanent status issues.   Walking back previously articulated policies will do more damage for the cause of peace than saying nothing at all.

Time for the U.S. Jewish community to act responsibly.  The organized American Jewish community leadership must end its head-in-the-sand approach to Israeli government policies.  Israel’s future and its position in the world are in real jeopardy today, in no small part due to a U.S. Jewish community that has overlooked, made excuses for, funded (directly and indirectly) and otherwise enabled its self-defeating, immoral pro-settlement policies.   Supporting Israel today means speaking truth to our Israeli brothers and sisters and to the Israeli government, and letting them know that American Jews, like the rest of the world, cannot rationalize or accept permanent Israeli occupation.

Support the Palestinians at the UN & Palestinian unity.  With Israel run by a government that turns its back to peace, the Palestinians cannot be faulted for seeking to improve their standing and gain rights in the international arena.  So long as their efforts are non-violent and consistent with a two-state outcome, the Obama Administration and the international community should support them.  Likewise, they should support Palestinians efforts to heal factional rifts and achieve some form of national unity.  Such unity is vital for empowering the Palestinian leadership to credibly conduct negotiations with Israel and to reliably implement a future peace agreement. Relations with any new Palestinian government that results from such efforts should be based solely on its positions and actions.

U.S. Support for Israel Must Stop at the Green Line
APN Weighs in on BDS, Criticism of Israel [Updated 2013]
APN to House Members: The Pro-Israel Position is to Oppose H. Res. 567
APN Statement on Palestinians' International Criminal Court (ICC) Membership and Activity
My Passover message: It would be immoral to give up