A settlement freeze is good for Israel and good for peace. Settlements are bad for Israel. They constitute a burden toIsrael's security services. They create points of friction between Israelis and Palestinians. They drain Israel's financial resources. They create a false impression that Israelis are not interested in a two-state solution.

Settlement in Focus: Vol. 1, Issue 10 - "Behind the Barrier: A Profile of Elon Moreh"

Behind the Barrier: A Profile of Elon Moreh (Vol.1, Issue 10)
A publication of Americans for Peace Now

Where exactly is Elon Moreh?

Elon Moreh is an isolated settlement located on the northeastern outskirts of the Palestinian city of Nablus ("Shechem" in Hebrew). It is located 18 miles east of the Green Line and 13.5 miles west of the Jordan River (i.e., closer to Jordan than the Green Line). It is 32 miles from the center of Jerusalem.

Providing detailed background and comparison to the various types of illegal construction.

Acting Prime Minister Olmert is being accused by some of his opponents of using a double standard - demolishing illegal settler construction but ignoring illegal "Arab" construction. Is this accurate?

Opponents of the settlers both inside and outside the government - including Peace Now - have long been accused, usually by settlers and their supporters, of caring only about illegal construction being carried out in the settlements, and ignoring illegal construction by "Arabs." This accusation generally reflects efforts to divert the public's focus from the manifest illegality of settlers' actions.

Update on the first illegal outpost with permanent housing to be demolished as a result of Peace Now's petition to the Israeli court.

What is the timeline of legal decisions that led up to the recent demolitions at the illegal outpost of Amona?

The illegal outpost of Amona was first constructed in late 1995. Demolition orders for nine structures at Amona - all built illegally on land that is privately owned by (and appropriately registered to) Palestinians - were issued in October 2004 by the Civil Administration.

To review, what exactly is an "outpost"?

An outpost is a new Jewish settlement - or a proto-settlement - built in the occupied territories without prior legal approval from the Israeli government. For years settlers have used the establishment of outposts as a mechanism to stake out new territory, expand settlement boundaries, create contiguity between veteran settlements, and establish facts on the ground that will make it more difficult to reach a peace agreement between Israel and the Palestinians.

Settlements in Focus: Vol. 2 Issue 1 - Caught in the Act - Illegal Settlement Construction on a Massive Scale

There have been recent press reports about a large illegal construction project in a West Bank settlement. What is the story?

An estimated 10% of the West Bank population is from the former Soviet Union... 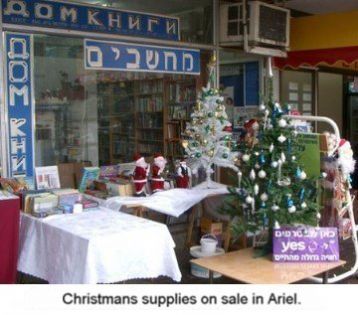 Is construction in settlements on the rise?

Yes. The most recent data published by the Israeli Central Bureau of Statistics (CBS) indicate that settlement construction during the first half of 2005 was greater than during the same period in 2004.

The focus is on the group of settlements located south of Jerusalem, between Bethlehem and the present-day settlement of Kfar Etzion.

What is the Gush Etzion settlement bloc?

The Ultra-Orthodox Jews in the West Bank (Vol.1, Issue 12)
A publication of Americans for Peace Now

What is the difference between the ultra-Orthodox and other religious Jews in the settlements?

The ultra-Orthodox settlers come from a political-religious faction of Judaism that is distinct from the one that gave birth to the religious-nationalist settlers who founded the settlement movement.