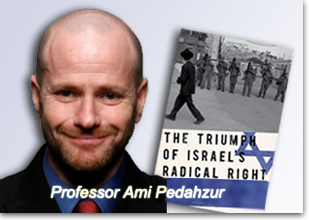 Ami Pedahzur is a Professor of Government and the Arnold S. Chaplik Professor in Israel and Diaspora Studies at the University of Texas at Austin. He is also the Founding Director of the Institute for Israel Studies at UT Austin.

He is currently working on a new book manuscript entitled: Military Entrepreneurs and the Evolution of Israel’s Special Operations Forces.