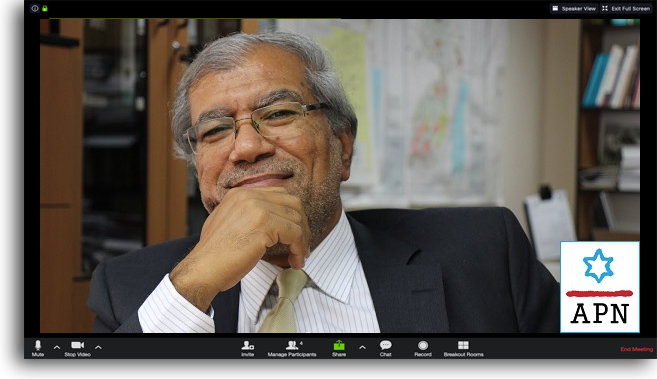 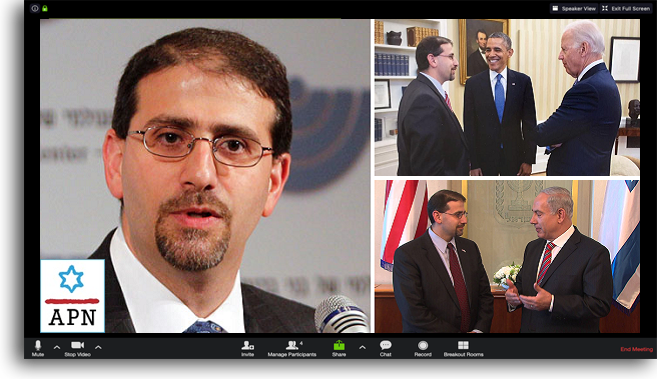 The Trump administration is working closely with Benjamin Netanyahu’s government to advance Israel’s annexation of large swaths of the West Bank.

To analyze the Trump administration’s policy on annexation and the impact of West Bank annexation on future US-Israeli relations, join APN’s Zoom webinar with Ambassador Daniel Shapiro. Dan was is the former US ambassador to Israel. Currently, he is a distinguished visiting fellow at Israel’s Institute for National Security Studies.

Dan  Shapiro served as US ambassador to Israel (July 2011-January 2017). In that role, he participated in Israeli-Palestinian negotiations, U.S.-Israel discussions on the Iran nuclear agreement, and negotiations on the $38 billion Memorandum of Understanding for U.S. military assistance to Israel. Prior to that he was Senior Director for the Middle East and North Africa at the National Security Council at the White House.