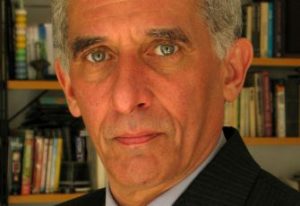 Just like last spring’s violent escalation, Israeli and Palestinian extremists have been adding fuel to the fire in the past few days, particularly in Jerusalem, in an around the Temple Mount / Haram al-Sharif.

Following a series of terrorist attacks inside Israel, violent clashes in West Bank towns and villages surged last week. Adding to the rising tension, Israeli extremists marched on the West Bank illegal outpost of Homesh on Tuesday, igniting Palestinian protest, and are planning a march of flags in Jerusalem’s Old City on Wednesday. Meanwhile, Gaza militants launched a rocket toward Israel, triggering an Israeli bombing attack. It seems like all the familiar ingredients are in play to set off another round of all-out violence, a replay of last spring’s inter-communal violence and Israel-Hamas war.

To discuss the situation in Jerusalem and beyond, APN was joined for a webinar with Jerusalem expert Daniel Seidemann on Thursday April 21st at 1:00 pm Eastern Time.

---
Daniel Seidemann is an Israeli attorney specializing in Israeli-Palestinian relations, with an emphasis on Jerusalem. He is the founder and director of Terrestrial Jerusalem, an NGO that works toward a resolution to the question of Jerusalem that is consistent with the two-state solution.
Watch HERE