Following the second Palestinian prisoner release Settlement Watch revealed the plans for and the promotion of housing units in the West Bank settlements.

Following the initial publications of plans and promotions, 832 additional housing units were promoted, either for validation or for depositing, by the Civil Administration's subcommittee for settlements. The promotion of these 832 additional units did not receive public attention, until Haaretz newspaper published an article about this issue yesterday.

Despite getting public attention only yesterday, the promotion of these 832 additional housing units should be considered as part of the 2nd prisoner release since the decision to promote them was made on November 3rd, just days after the prisoner release. Furthermore, the settlements for which these 832 units are planned for were mentioned by MK Ofir Akunis (Likud) during his presentation to the Knesset about the plans that would be promoted during the prisoner release.

These promotions have dangerous implications, the fact they are part of the prisoner release, does not reduce their danger level. For example, the promotions include 256 housing units for Nofei Prat, a small and isolated settlement north east of Ma'ale Adumim. The addition of 256 units would be a likely growth of over 1000 settlers. This is a significant expansion for a settlement which today is estimated less as than 500 people.

Details of the plans:

(including the 832 housing units) 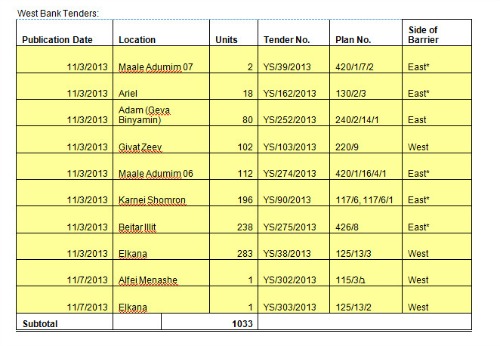 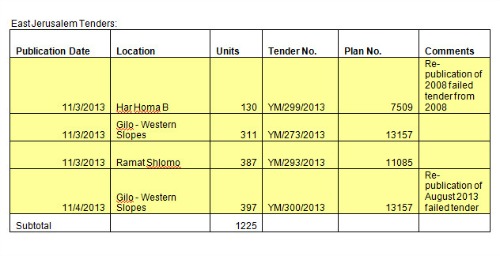 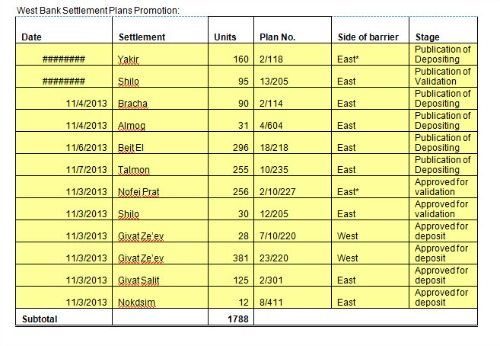 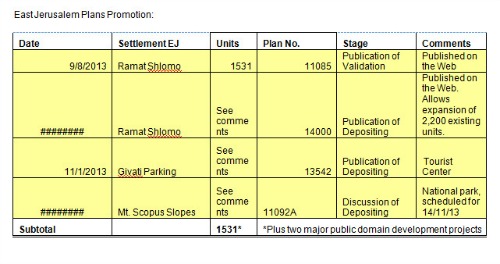