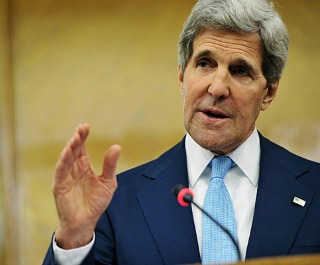 Q. According to Snowden, the NSA is listening in on Israel, too. Should we be surprised?

A. Nobody should be surprised at anything that renegade National Security Agency contractor Edward Snowden has revealed. If they can obtain the technology and feel powerful enough to absorb the fallout of revelations by whistleblowers like Snowden, countries will spy wherever their perceived national interests take them. The exception that proves the rule is the Pollard case: the fallout for Israel was so serious that it solemnly committed not to spy again on the United States.

The presence of a listening post staffed by Hebrew-speaking Americans in the American Embassy in Tel Aviv has long been known. Attempts by the CIA and FBI to recruit Israelis as informants are shrugged off by Israeli security officials. Israel's strategic affairs are so wrapped up in its relationship with the United States that Israel apparently has little choice.

Nor do the European leaders the NSA has been eavesdropping on. The only difference is that their media and parliaments make a fuss while Israelis just shrug and explain that we show and tell the US everything anyway.

Q. Would you put the repeated leaks from Washington that link Israel to mysterious attacks on Syrian missiles in the same category?

A. They certainly appear to reflect the same superpower hubris. The latest leak emanated directly from a White House source and alleged that the Israel Air Force had fired its missiles at sophisticated weapons stores in the Latakia area on the Syrian Mediterranean coast that remains under Assad regime control. The White House neither excused nor denied the report. In earlier instances where missile convoys or depots in Syria were reportedly attacked by unknown forces, US leaks linking the attacks to Israel came from the Pentagon and were ascribed to low-level errors of judgment and the like.

Israel has drawn a "red line" regarding sophisticated weaponry being transferred from Syria to Hezbollah in southern Lebanon. But it does not acknowledge responsibility for the attacks that periodically--some four or five times over the past year or so--destroy such weaponry. In the absence of such acknowledgement, these attacks have had no escalatory effect on the calculations of the beleaguered Assad regime in Damascus, thereby maintaining a degree of welcome calm in Israeli-Syrian relations.

Accordingly, and in marked contrast to Israel's casual reaction to reports of US spying, the reaction from Israeli security sources to these American leaks has been one of consternation. Granted that the US possesses the means to monitor Israeli military maneuvers and probably even knows about them through official channels of strategic cooperation. Why should Washington publicly pin these attacks on Israel?

Speculation in Israel as to American calculations on this count vary widely. Is Washington trying to demonstrate to the Syrian opposition that Israel, and indirectly the US, is helping its cause? Does it want to deter Israel from further strikes, and if so why, given the strategic threat to Israel that the Syrian weapons pose? Or are the Pentagon and White House playing cheerleader for Israel's quiet effort? Does the US think the leaks augment a deterrent effort against Syria? Is the latest leak intended to signal Assad that the chemical arms disarmament deal that is currently being implemented smoothly does not give him immunity?

Perhaps the United States is simply demonstrating to all parties that Washington knows (and implicitly, controls) all, regardless of the consequences. Let's just hope there are no consequences.

Q. Secretary of State Kerry is returning to Israel and Palestine this week. What new initiatives by the two sides await him upon arrival?

A. The Kerry visit follows last week's second release of 26 veteran Palestinian prisoners--ostensibly a confidence-builder but in fact a catalyst. It's really quite instructive to draw up the list of protests, gestures and provocations that the prisoner release and the Kerry visit have generated.

Israel first--and most prolifically. Since the prisoner release, the Netanyahu government has piled on the settlement-building initiatives, including in isolated areas in the heart of the West Bank that lie beyond the "consensus" settlement blocs. It allowed the mayor of Jerusalem to threaten to demolish a huge apartment complex in a part of East Jerusalem that lies beyond the separation barrier, an act that could theoretically render tens of thousands of Palestinians homeless. The coalition's right wing has upped the pace of provocations on the Temple Mount, including an initiative to permit overt Jewish prayer there, to the extent that Kerry himself has remarked on the issue. And Netanyahu has allowed that he intends to build a security fence along the West Bank-Jordan border (the Jordan River), even though this is territory subject to current negotiations and for years a quiet border.

Turning to gestures, on Sunday Netanyahu made a significant statement that most of the Israeli media barely paid attention to, and whose relevance to negotiations all seemingly failed to grasp. Speaking on the anniversary of the Balfour Declaration, Netanyahu stated, "That declaration recognized the right of the Jewish people to its own homeland in Israel. There is no doubt that international recognition of the Jewish people's right to its own state in its historic homeland is important; the refusal to recognize us is the root of the conflict. This means," he added, "that in a final-status agreement they [the Palestinians] will need to relinquish their so-called right of return and all other nationalist claims on Israel."

Assuming the prime minister chose his words carefully, note that the Jewish state recognition Netanyahu asks for is international (which Israel already has, in statements by President Obama and others), not Arab. He asks of the Palestinians not that they recognize Israel as a Jewish state but that they drop their demand that Israel recognize the right of return of 1948 refugees. This implies a trade-off in negotiations that many observers have assumed Israel would accept but that only now has been presented explicitly by Netanyahu: drop the right of return and Israel will drop its Jewish state demand. We should continue to follow statements on this issue by Netanyahu and others to confirm that indeed the prime minister has reformulated his position to imply a negotiating concession.

On the Palestinian side, chief negotiator Saeb Erekat apparently tendered his resignation to President Mahmoud Abbas in protest at Israeli settlement construction initiatives. Erekat has resigned in protest over one thing or another numerous times, so no one was surprised when he denied the resignation reports. Still, the signal of anger was palpable against the backdrop of an apparent lack of progress in Israeli-Palestinian negotiations. Moreover, Palestinians close to Abbas threatened to complain to international institutions about Netanyahu's provocative settlement-building, a move that would violate a PLO commitment to Kerry that enabled negotiations to resume.

One more apparent initiative bears mention. According to several reports, at their meeting two weeks ago in Rome, Kerry and Netanyahu discussed a possible American initiative for an interim rather than final agreement, to be floated by the Americans around January or February if two-state negotiations produce no result by then (March is the nine-month deadline set by Kerry for the talks). According to an alternative version, Kerry warned Netanyahu that the US would present a full-fledged final status plan in January.

Q. A budgetary dispute between the defense and finance ministries was resolved last week in favor of defense and the IDF, with Finance Minister Yair Lapid, who had sought to cut the military budget, suffering a loss of prestige. Why does the IDF need more money now, with security threats from the Arab world reduced by chaos and revolution?

A. This is a perennial argument. The IDF, like any big not-for-profit organization, has plenty of layers of "fat" than can be cut to save money for the Israeli taxpayer (and the American taxpayer, in view of the annual US contribution to Israeli defense). Critics point to the army radio station, military police functions that replicate those of the civilian Israel Police, duplicate functions within the IDF and Defense Ministry--the list is long. In the IDF's defense, Chief of Staff Benny Gantz argues that this year he is cutting 4,500 standing army slots. He has slowed down training and is downsizing the air force. On a smaller scale, the IDF just announced it will cease purchasing combat boots in Israel, preferring to use US military aid funds to purchase them in the US even though this means adding 200 shoemakers to the ranks of Israel's unemployed.

It's harder to make the case for maintaining the IDF's size and capabilities at a time when it's safe to say that no conventional Arab army has the capacity to challenge Israel for years to come. Still, beyond the obvious Iranian threat with its special requirements in long-range strike capacity and the low-level warfare and rocket threat posed by Hamas and Hezbollah, it is precisely the lack of stability in neighboring Syria, Egypt and even Iraq that dictates caution in IDF cost-cutting. Can we safely say that Israel won't need Merkava tanks for the next 20 years and can therefore close down that production line? That the Muslim Brotherhood won't return to power in Egypt with a vengeance and turn Sinai into a full-fledged springboard for aggression against Israel? That the chaos in Syria won't overflow into Jordan?

Only an Israeli-Palestinian peace agreement that triggers, through the vehicle of the Arab Peace Initiative, broader regional Arab-Israel peace can satisfy Israel's worst-case analyses in this regard. And even if and when that peace does come, the military establishment will justifiably ask to wait a few years to make sure the newfound peace and security are real.

So Israel's defense budget will remain outsized for the foreseeable future. 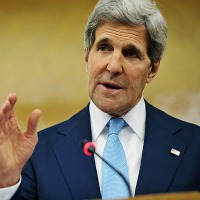