This week, Alpher discusses conflicting American statements regarding the objective of the current Israeli-Palestinian talks, how the relatively optimistic American approach jibes with repeated negative assessments by involved Israelis and Palestinians, whether last weekend's mega-storm that passed over the Middle East had any effect on Israeli-Palestinian cooperation, and what's behind the effort of the Israeli far right in once again trying to pass legislation that would restrict activities of foreign-funded NGOs.

Q. We seem to be hearing conflicting American statements regarding the objective of the current Israeli-Palestinian talks. Can you sort this out?

A. A couple of weeks ago, US President Barack Obama told the Saban Forum in Washington that the current goal was to reach a "framework agreement" by the end of the nine months allotted for negotiations, in April. According to Obama, the structure of the framework agreement would be designed to give both sides an incentive to continue discussing a final status deal. As recently as Friday, December 13 a Palestinian official in Ramallah noted after yet another meeting between Secretary of State John Kerry and Palestinian leader Mahmoud Abbas, that "Kerry stressed that the two sides should reach the framework agreement so their negotiations . . . could become more serious."

From other sources I have learned that the Palestinian leadership is cautiously optimistic that some sort of helpful agreement that falls short of final status could emerge from the current talks. A framework in which the two sides map out their areas of agreement and disagreement on each and every final status issue, for example, could be a prelude to an American attempt to propose solutions that close all the gaps. Certainly the framework is not intended to be an interim or partial agreement, as Kerry himself clarified in remarks made at Ben Gurion Airport on Friday as he left just ahead of a major blizzard that virtually closed down both Israel and Palestine.

Yet at the same opportunity, Kerry used the term "framework" differently. He appeared to be rejecting anything short of "a full and final peace agreement. . . . Our goal remains . . . for the Israelis and Palestinians to reach a final status agreement." His only use of Obama's terminology was to note that "The core framework, if you want to call it that, which we are discussing with respect to this, centers on the critical issues: borders, security, refugees, Jerusalem, mutual recognition and an end to conflict and to all claims." And Kerry added on Sunday that he is "personally encouraged that very tough issues are beginning to take shape".

Q. How does the relatively optimistic American approach jibe with repeated negative assessments by involved Israelis and Palestinians?

A. It's difficult to make sense of this. The Palestinian leadership uniformly states that no progress has been made and that Israel is fixated on security and settlements. High-level Palestinian reactions to the Kerry-Allen security plan for the West Bank rejected out of hand any residual Israeli security presence in the Jordan Valley, which the plan proposes, because it violates a cardinal negotiating principle established from the outset by Abbas: no Israeli soldiers will remain on Palestinian territory. (This would appear to indicate that not every American attempt at bridging the two sides' differences would be acceptable to the Palestinians.)

On the Israeli side, assessments are mixed. Newly-reinstated Foreign Minister Avigdor Lieberman told the Saban Forum the talks were doomed to failure. After a briefing by Kerry, Finance Minister Yair Lapid was more upbeat. Chief Israeli negotiator Tzipi Livni maintains a public profile of absolute determination, while blaming the settler camp within her own government for attempting to sabotage talks.

Prime Minister Netanyahu carefully avoids substantive comment on the talks. Yet his government's Ministerial Committee on Legislation on Monday endorsed a bill that would mandate a two-thirds majority in the Knesset merely for the government to be permitted to negotiate with the Palestinians on Jerusalem. If Netanyahu allows the bill to move through the Knesset, this will seriously constrain Livni's freedom to talk with the Palestinians about final status issues, which include a Palestinian capital in Jerusalem.

Palestinian anger over Israel's ongoing settlement construction and pessimism regarding the degree of progress registered thus far is also a reflection of a concerted "anti-normalization" campaign among Palestinian intellectuals that seeks to counter and prevent informal meetings and cooperation among peace-minded people on both sides. The campaign is a constant reminder to the PLO leadership that is negotiating formally with Israel that an influential sector of Palestinian public opinion is highly critical of any and all concessions.

I recently came across a depressing reminder of the pervasive influence of the anti-normalization campaign. IPCRI, "Israel-Palestine: Creative Regional Initiatives" (formerly the Israel/Palestine Center for Research and Information), is a veteran bi-national group engaged in peace-building and, frankly, in normalization, through initiatives like a recent Israeli-Palestinian professional women's leadership meeting in Haifa. Yet IPCRI now feels obliged to append to its reports a note that "We are against normalization".

Perhaps we should see in all this talk and double-talk a kind of comment on the frailty of commonly used terms like "framework", "take shape" and "normalization" to convey what is going on between Israel and the Palestinians. Is there room for pragmatism and objectivity? A European Union think tank, the European Council on Foreign Relations, has developed a unique and intriguing "Two-State Stress Test" for gauging the health of the Israeli-Palestinian peace process on the basis of progress, the lack thereof or regression across a spectrum of two-state solution categories. The TSST is accessible at http://www.ecfr.eu/mena/tsst. (Full disclosure: I served as an expert adviser to the TSST team.)

Q. Did last weekend's mega-storm that passed over the Middle East have any effect on Israeli-Palestinian cooperation?

A. It certainly looks like normalization when Israeli settlers and Palestinians in the West Bank help extricate one another's cars from snowdrifts and Palestinians cheer IDF heavy machinery that opens the roads to their villages. Israel also delivered fuel, electricity and pumps to alleviate flooding to the beleaguered Gaza Strip. Gaza was suffering serious shortages even before the storm due to Egyptian border closings, disputes with the Palestinian Authority over the price of fuel, and Israeli counter-measures that followed the discovery of an elaborate attempt to tunnel into Israeli territory that used cement shipments intended by Israel for humanitarian purposes. Now flooding, cold and critical shortages there have brought the Strip to the verge of a massive humanitarian crisis. The IDF also delivered supplies to isolated Syrian rebel villages just across the Golan border.

Will any of this rub off on political relations once the snow melts? Almost certainly not.

Q. The Israeli far right is trying once again to pass legislation that would restrict activities of foreign-funded NGOs. What's behind this effort?

A. The proposed law in question was shelved in 2011 when PM Netanyahu was persuaded by international protests to withdraw his support. Now it's back, supported by the Likud, Yisrael Beitenu and Jewish Home--the right-wing backbone of the coalition. On Sunday it won approval by the Ministerial Committee on Legislation. It will now be submitted to the Knesset.

The bill penalizes NGOs funded by "foreign entities" that work against "the Jewish-democratic identity of the state" or advocate boycotting and sanctioning Israel and putting IDF personnel on trial abroad for alleged war crimes. The term "foreign entities" refers to those European states and their official philanthropic institutions that offer funding to Israeli NGOs engaged in human rights activities, peace-building, regional dialogue and the like. The penalty would be a 45 percent tax on funds received from these entities.

To be sure, a few of these many NGOs do indeed engage in encouraging Israel-bashing in ways that I find repulsive. Yet the bill's origins and the motives of its advocates clearly reflect the will of the pro-settler right wing with its anti-two-state, pro-apartheid agenda. This is clear when one recognizes that only foreign state funding is penalized, not funding from foreign individuals. Thus, for example, contributions organized by American evangelical John Hagee to support the settlement cause, which is surely undermining Israel's democratic identity, would not be penalized by the bill.

Peace Now head Yariv Oppenheimer, whose organization would in any case not be targeted by the bill, suggested in a radio interview on Sunday that anyone who is really serious about combating attacks on Israel's Jewish and democratic identity could try to legislate against specific manifestations of these attacks rather than financially punishing NGOs that are identified with the Israeli political left. Attorney General Yehuda Weinstein has already announced that if the bill is enacted by the Knesset, he would not be able to defend it before the High Court of Justice. Since it harms free discourse in Israel, it would violate Israel's Basic Laws and be unconstitutional. 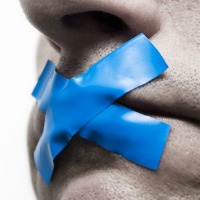