Last week, my colleagues in the Israeli Peace Now movement issued two blockbuster reports. These weren't the regular "more construction was announced" fare. These reports have huge implications, both negative and positive, for peace and the two-state solution.

The Bad News: Settlement Construction Surges, Even Without Tenders

Peace Now documented a 70 percent increase in new construction starts in settlements during the first six months of 2013, as compared to the same period in 2012. That's in addition to a huge number of units completed or on which work was ongoing during this period--altogether translating to 3,070 units which are or will soon be available to house new settlers. Assuming a family of five, this translates to around 15,000 new settlers.

What is perhaps most striking about this construction surge is that it occurred during what most people thought was a quasi-freeze in West Bank settlement projects. Why did people think that? Because earlier this year, in an ostensible sign of seriousness about peace negotiations, Israel Prime Minister Benjamin Netanyahu promised to stop issuing tenders for settlement construction. The catch--which few understood--was that under current Israeli planning rules, a great deal of settlement construction doesn't require tenders. In this manner, fully 86 percent of the construction started between January and June 2013 went ahead without any tenders needed.

In short, Netanyahu had his cake and ate it too. He got credit from the U.S. and international community for showing "restraint" by voluntarily refraining from issuing new tenders for the first half of 2013, while allowing settlement construction to swell on his watch.

This little-known settler-friendly idiosyncrasy of Israel's building regulations is even more important given last week's news that a top aide to Netanyahu is pushing to change West Bank construction rules, such that ALL construction in settlements can proceed without tenders. Haaretz, commenting on the plan, explains succinctly: "The goal is to reduce the diplomatic pressures that results from publicizing such tenders."

Some might retort, given the construction trends detailed in the latest Peace Now report, what's the difference? In fact, the difference is huge. Construction in 33 settlements still requires tenders, including in the planned settlements of E-1, and in major settlements like Ariel, Efrat, and Maale Adumim. Make no mistake: a decision by the government of Israel to relinquish wholesale authority over settlement construction to the settlement municipalities is an ideologically-motivated sleight-of hand, tantamount to a formal green light for unrestrained settlement expansion. And when this expansion takes place, Israeli officials clearly anticipate telling the world, "sorry, there's nothing we can do--it's out of our hands."

That's the bad news--and it will be much worse news if the government puts into effect plans to change the way settlement construction is approved. This is something the international community should be paying close attention to, and protesting loudly. The Peace Now report sounds this important alarm.

In a separate report, Peace Now examines the settlement enterprise since the Oslo Accords. Its findings are far more encouraging than the "it's-too-late-for-two-states" crowd would have people believe. Peace Now concludes, based on the data, that: "The settlements may have destroyed trust between the sides but, they have not destroyed the two-state solution."

True, the number of settlers has tripled since the Oslo Accords were signed in 1993. However, details matter, and Peace Now highlights a key detail: most of the increase in settlers (64 percent) has been confined to settlements that could become part of Israel in a two-state agreement (you can see a map of the post-Olso population growth here). Indeed, half of the post-Oslo population growth has been focused in three settlements (Modi'in Illit, Beitar Illit, and Maale Adumim). To be clear, we know what a realistic vision of a negotiated two-state agreement looks like, because we have the Geneva Initiative model. Today, settlers living outside the lines negotiated in that model represent only 1.8 percent of the Israeli population.

Another important detail uncovered by Peace Now is that, broadly speaking, non-ideological Israelis, be they secular or religious, have refused to buy into the ideological settlers' plans. Take, for example, the settlement of Immanuel, located deep inside the West Bank, southeast of Nablus. Immanuel was established with a plan to become an ultra-Orthodox city of tens of thousands. Pre-Oslo, Immanuel had 3,240 residents; today its population has declined to 3,013. Apparently the truism, "if you build it [or plan it], they will come" doesn't apply when it comes to attracting non-ideological settlers to the West Bank heartland. In contrast, Beitar Illit and Modi'in Illit, located close to the Green Line, have been magnets for ultra-Orthodox Israelis, not for reasons of ideology, but based on geographic convenience and economic attractiveness.

Or take the settlement of Ariel, located smack-dab in the middle of the northern West Bank. Ariel was planned to be a large, secular Israeli city with tens of thousands of residents. Things haven't worked out as planned. In the 20 years since Oslo, Ariel's population has grown only from 11,800 to 18,100--making Ariel not a large Israeli city but akin to a small town inside the Green Line (and this, despite huge Israeli government financial and political investment in Ariel, including accrediting the settlement's college as a full university--a move that may well have been the immediate catalyst for the EU's recent settlement directive). Likewise, the situation of Jordan Valley settlements and other non-ideological isolated settlements in the West Bank is a similar story of failure. Since Oslo, the populations of such settlements have continued to decline each year.

All of this is good news, but by no means reason for complacency. Peace Now's report concludes with both encouragement and a warning:


"The settlers have failed in their attempt to create irreversible facts on the ground that would prevent the establishment of a Palestinian state. In recent years, under the previous and current Netanyahu governments, there has been an attempt to change that picture by developing more isolated areas and building projects precisely in the areas that will undermine the two-state option. The more time that the government and settler movement has free reign to build and develop isolated areas, the more difficult a two-state solution will become. Twenty years after Oslo, they have not won, but the fight for the two-state solution must remain vigilant and determined."

Now the question is whether or not that warning will be heeded.

This article appeared first on October 21, 2013 at Open Zion 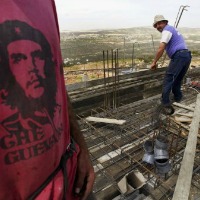