Putting my money where my words are. 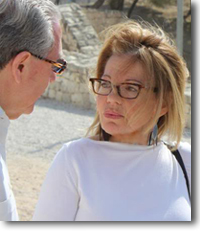 My name is Jim Klutznick, I'm the Chair of the Board of Americans for Peace Now (APN), and I'll get right to the point - I could not be prouder of the staff of this organization, led by CEO Debra DeLee (pictured). The quality and quantity of their work astounds me - work that never lets up, in spite of the enormous challenges of working for a two-state solution to the Israeli-Palestinian conflict in the current environment.

It's easy for some people to say "It will never happen" and just quit. That's not part of the DNA of APN's staff. This staff includes Lara Friedman, who formulates and writes APN's policies and works with Congress and the Administration; Ori Nir, who through his own writing and contacts with journalists keeps APN's views in the public eye; Mark Bilsky, who educates the public through creative development materials; David Pine, who ably represents APN on the West Coast; and Alana Suskin, our in-house Rabbi, who takes on those who use religion to justify continued colonization of the West Bank. Our Shalom Achshav (Peace Now) colleagues in Israel are likewise inspiring - they don't give up, so how can we? I thank them all and I hope you will do so as well.

Folks, because I feel so strongly about this, I'll match your tax-deductible donation up to $18,000 - over and beyond my current pledge to APN.

I urge you to read the piece below written by Debra. You'll see why I'm so proud of her leadership. It's entitled "It's Not About Right and Left: It's About Right and Wrong."

We are right and we will prevail.

With hope and gratitude,

I AM A PRODUCT OF THE '60s. I DEMONSTRATED against the war in Viet Nam, marched for civil rights and against racism. I have boycotted lettuce and grapes in support of the United Farmworkers; Dow Chemical Company, for their manufacture of napalm during the Vietnam war; Coors beer, for discriminatory hiring practices against people of color and gays; Nestle products, for their aggressive campaign to sell breast milk substitute to young mothers in developing countries; Target, for their significant contributions to Tom Emmer, the right-wing candidate for Minnesota Governor whose agenda included positions I abhorred on everything; and Walmart for their poor labor practices (except when my mother who turned 100 this year, wants to go "for the bargains"). 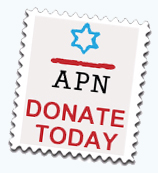 You get the picture.

I enthusiastically purchase Israeli-made products, but with the same fervor, I boycott products made in West Bank settlements. And I urge others to do the same - because settlements and their expansion are the greatest obstacle to achieving a two-state solution for Israel and her Palestinian neighbors, and thus, the greatest block to an Israeli future that is Jewish, secure, and democratic. I will not financially support the occupation, to which I am morally and strategically opposed. It is in my longtime tradition of not giving in to the helplessness which comes from watching policies - whether government, corporate or individual - which are antithetical to my values, my Jewish values, and my Jewish tradition of trying to "heal the world". It allows me to take a stand, to make a statement, to act. It is important to me. And in doing so, I stand with friends, colleagues and loved ones in Israel - including my colleagues in Shalom Achshav (Peace Now).

So how can it be that making this statement "I support the boycott of settlement products and urge others to do the same" has not only been made illegal by the Israeli Knesset, but that its illegality has been upheld by the Israeli Supreme Court - a court that has over many years been "a light unto the nations"?

I am often asked how, after working for so long for Israeli-Palestinian peace, I haven't given in to despondency and hopelessness. I'm asked this given the heart-breaking, senseless violence; or events like the collapse of the peace process or the formation of Benjamin Netanyahu's right-wing government, made up almost exclusively of ministers who oppose the two-state solution; or Netanyahu's appointment of Ayelet Shaked as the new Israeli Justice Minister - a woman who is best known for driving the effort to weaken Israel's courts and for proposing the bill that would limit funding to progressive NGO's.

What keeps me going is my rage. That same rage I felt (and feel) against misguided war, racism, discrimination and injustice of all kinds. And, as I have done all my life, I channel my rage over Israeli settlement policies into action, and I urge others to do the same. I am not helpless. Nor are you. We can educate others to understand and share our rage over policies that threaten to destroy Israel and deprive its citizens of the future that they deserve. We must channel our rage into pro-Israel, pro-peace action - the only antidote to despair and helplessness - to fight against self destructive, morally-intolerable Israeli government policies.

Despite the most reactionary government in Israel's history, I am determined to stand up for what I believe is necessary for Israel to survive as a democracy and a Jewish state. I have chosen Americans for Peace Now as the vehicle to fight against the things that I abhor. I hope that you do too. I hope that we can support each other as we take a stand for what we believe in, and have the courage to speak out against those things which we know are wrong. As a dear friend of mine always says: "It's not about Right and Left, it's about right and wrong."

Too many Americans advocate fighting to the last Israeli – I don't!
Imagine this was your family
You'd never know from AIPAC...
A Long Line of Worriers
Shelter for the Shamasnehs
Have you seen the video?
The best deal on Black Friday is hope