Michael Sfard in Haaretz: The Israeli Occupation Will End Suddenly

The strength of organizations working to end the occupation and their supporters is greater than we think.

One day the occupation will end. It will probably happen in one fell swoop. And when it happens, it will suddenly emerge that everyone was against it. That the politicians had actually worked to end it, that the journalists strove indefatigably to expose its injustices, that the cultural institutions condemned it courageously and that Israeli academia was a center of persistent resistance, from which the struggle drew ideological and moral backing. In short, everyone was part of the Resistance.

It’s true that it’s hard to imagine it now, because our rational expectation is to see signs in advance of far-reaching change of this kind, and the fact is that we do not now see such portents. But historical processes do not necessarily follow a linear path.

The ground on which the occupation stands might appear firm. But it’s definitely possible that beneath it, close to the crust, fissures are forming. Increasingly wide cracks are being created. Those who stand on that ground do not see them. They think the ground is more firm than ever. And then, with no prior warning, the cracks will widen and the ground will collapse like a Dead Sea sinkhole.

One day the occupation will end, just as apartheid in South Africa was vanquished, as the Berlin Wall fell, without anyone expecting those events even shortly before they occurred.

And then, when the occupation ends, we will discover that it wasn’t hundreds of Israelis who demonstrated at the West Bank village of Bil’in, but tens of thousands. And that everyone supported the B’Tselem rights organization. That’s how it is with a bad memory. In the best case, it’s repressed, in the worst case, it’s replaced by fictitious memory. 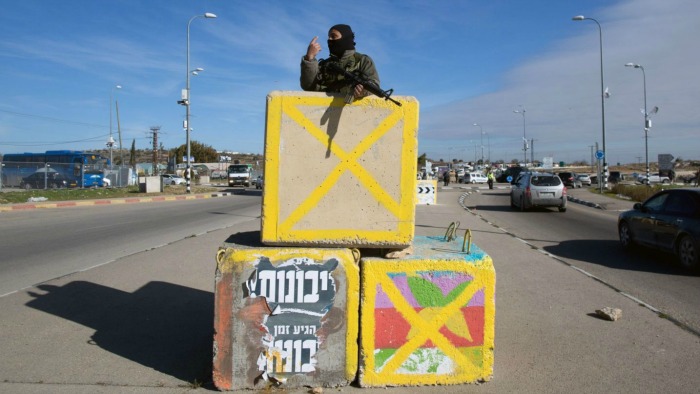 And then, when the occupation ends, it’s unlikely that we will establish truth and reconciliation committees, because we do not have a tradition of public contrition. After all, we come from a culture in which one apologizes and confesses only on one day a year, and even then it stays between us and the Lord. Still, though, when the occupation ends and we have to rehabilitate Israeli society, we will not be able to do that without acknowledging the sins of the past, without learning from them. The events of recent days show how vast the work of rehabilitation will be, how many scars will require in-depth treatment. And then, when we reformulate the Israeli social contract, we will have to take a hard look at what we did to others and to ourselves, and understand what, as a society, we are capable of.

Without internalizing the crime we perpetrated on millions of people across a generation, without understanding the racism, the fascism and the McCarthyism that sprang up among us, we will not be able to articulate guidelines that will prevent this in the future.

These are trying times. The right wing is burning with the desire to bury any criticism of government policy, in order to ensure that the colonialist occupation becomes an irreversible fait accompli. That desire has now led to a combined, coordinated assault, involving the use of spies, vicious incitement and Putin-like legislation aimed against the last pockets of resistance to the occupation: the organizations of civil society. All the others have already been conquered and silenced or have deserted.

It suddenly emerges that not only is the rhinoceros not in danger of extinction, but that it has been fruitful and multiplied and has filled the land. Only the stubborn bastions of Breaking the Silence, B’Tselem, Yesh Din, Peace Now and their fellows remain. It’s hard not to notice the blood that’s drooling from the lips of those who are assaulting these bastions. It’s hard not to discern the method of combat whereby the assaulting force destroys all the moral assets of its country along the way. It’s hard not to be worried.

But it’s precisely now that we must recognize that the brutal onslaught shows that the right wing apparently knows something that we do not know. That they have cause for worry from us. We need to internalize one thing: The strength of both the organizations that are working to end the occupation and of their supporters is greater than we think. The defeatist sarcasm we often hear among members of the anti-occupation camp is unjustified. The tremendous baleful and violent force that is being unleashed against us shows something good about us. Given that in the meantime the hard-core right, the center right and their allies in the pitiful center are not collapsing in the polls – what is the source of this fear and, concomitantly, what is the secret of our strength?

The answer is simple. The world is driven by diverse forces. We vividly see and feel the political, economic and military forces daily. But there are also less visible forces, whose mode of operation is less overt. One of them is actually an idea: that all human beings are equal and that all deserve rights because they are human beings. That idea is responsible for the greatest and most important revolutions in history. It’s an idea that operates like dark matter in the universe – in silence. And it, together with those who oppose the occupation, is pushing us to end the occupation and to bring about a substantive change in the way Israeli society functions. It vests these ostensibly small and weak organizations with inexplicable might. And it will bring about the end of the occupation.

Michael Sfard is a legal adviser to Peace Now.
This article first appeared January 23, 2016 in Haaretz

Briefing with Hagai Elad, Executive Director of B’Tselem
APN Board member Letty Cottin Pogrebin in Haaretz: Am I Too Dangerous to Enter Israel?
APN/ Peace Now in the News: October 15-21, 2016
Heroes
Peace Now Director Avi Buskila profiled in YNet
APN's Rabbi Alana Suskin in the Jerusalem Post: Don’t give up on Israel!
Briefing Call: Two States: The Only Solution – with Daniel Kurtzer