A message from someone who spent his entire life defending Israel: this week in the Washington Jewish Week and Baltimore Jewish Times this week 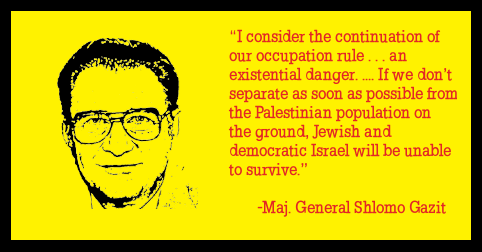 For the second in a series of ads from APN. This week's message is from Shlomo Gazit, a former Major General in the Israel Defense Forces and head of Israel's military intelligence service, who later served as President of Ben-Gurion University and head of the Jewish Agency. He currently serves as member of the staff of Jaffee Center for Strategic Studies at the Tel Aviv University. 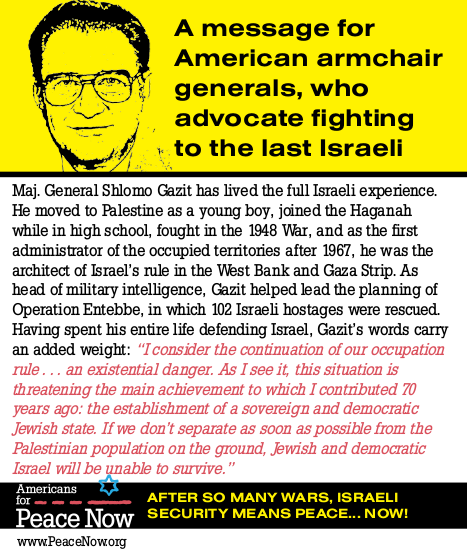