Major General (res.) Gadi Shamni on the necessity of ending the occupation

As part of an ongoing series, APN ran this  message in the Washington Jewish Week and the Baltimore Jewish Times from Major General (res.) Gadi Shamni, a former military secretary to the Prime Minister, former military attaché to the U.S., and top commander of IDF forces in the West Bank . 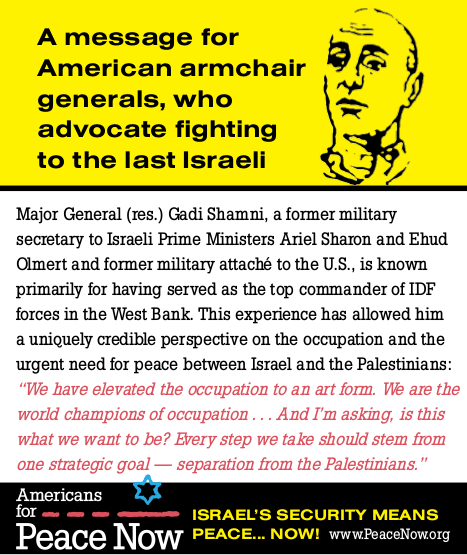