An authoritative Jewish scholar, member of Knesset, and activist speaks about distorting Torah 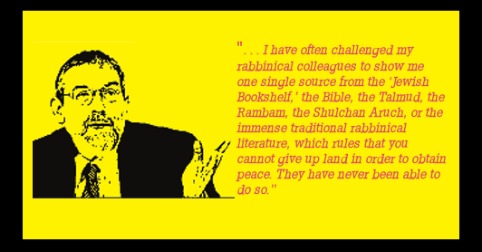 For tthe third in a series of ads from APN, this week's message is from Rabbi Michael Melchior, an internationally renowned Jewish leader, thinker and activist. Rabbi Melchior is a former Minister of Social and Diaspora Affairs, former Deputy Minister of Foreign Affairs and a former member of Knesset for Meimad. For his outstanding leadership in The Knesset, Rabbi Melchior was awarded with the prestigious Knight of Quality Governance Award and the Green Globe Award of Israel's National Coalition of Environmental NGOs.

The Rabbi of a vibrant community in Talpiyot, Jerusalem,and the Chief Rabbi of Norway, he is a recipient of The Norwegian Award For Tolerance & Bridge Building in the Nobel Institute, The Church Of England’s Coventry International Prize For Peace & Reconciliation, the Liebhaber Prize For The Promotion Of Religious Tolerance And Cultural Pluralism, and the 2015 Annual Peace Prize for the FRRME (Foundation for Relief and Reconciliation in the Middle East). 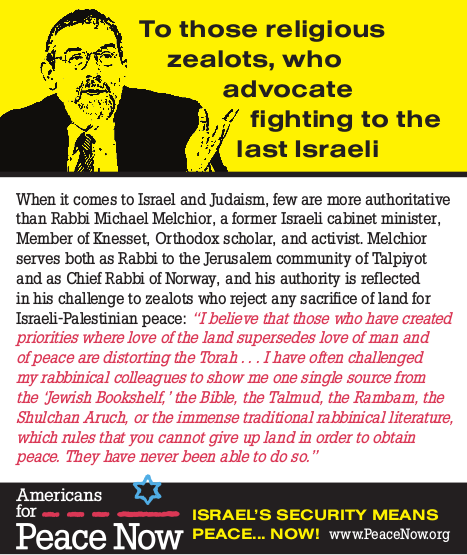