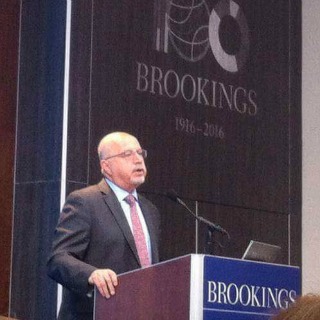 On Monday, July 11 2016, the Brookings Institute published the results of the most recent surveys on American attitudes toward the Middle East, conducted by Shibley Telhami, Nonresident Senior Fellow. The newest poll was conducted within two weeks of the shootings in Orlando, focusing on American attitudes toward Muslims and Islam. These results were compared to those of similar polls carried out in November 2015 and May 2016 to see whether there has been a shift in public opinion since two important landmarks: The most vital months of the presidential election campaigns, and the Orlando massacre.

Telhami noted that the results of the most recent polls were unexpected: despite the extremely inflammatory anti-Muslim rhetoric of the presidential campaigns, as well as the fact that the Orlando shootings were carried out by a radicalized Muslim, more people tended to be favorable toward both the Muslim religion and the Muslim people in the May and June 2016 polls. In November 2015, 53% of those questioned responded that they held a favorable attitude toward the Muslim people. That percentage increased to 58% in May 2016 (pre-Orlando) and then to 62% in June 2016 (post-Orlando). This trend also repeated itself with regards to attitudes toward the Muslim religion: 37% were favorable toward the Muslim religion in November 2015, 42% in May 2016 and 44% in June 2016. It was also encouraging to see that the proportion of Americans who identify with the position that Islamic and Western religious and social traditions are incompatible with each other has decreased from 39% in November 2015 to 34% in June 2016.

Telhami dedicated a portion of his presentation to the part of the poll specifically focused on American attitudes toward the Arab-Israeli conflict. He said that there has been little change in attitudes toward the conflict between November 2015 and May 2016. When asked in May 2016 what approach to the conflict the U.S. should support, 34% of respondents chose a two-state solution, 33% supported a one-state solution, 13% selected annexation without equal citizenship and 16% preferred maintaining the occupation. These percentages were only between 1-3% above or below those of the November 2015 poll, which is within the margin of error. However, what is noteworthy in the results, said Telhami, is the distinct polarization between responses of Republicans and Democrats: Republicans are becoming more supportive of current Israeli government policies, whereas Democrats are becoming more disillusioned with these policies.

Shibley Telhami’s full presentation of the results of the polls can be found here: http://www.brookings.edu/~/media/research/files/reports/2016/07/11-muslims-islam-american-attitudes-telhami/poll_presentation_final.pdf 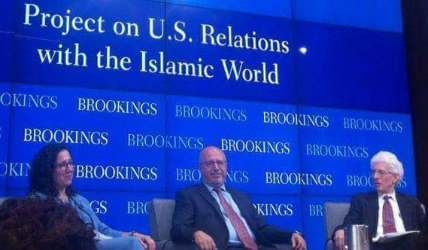