Peace Now: What is happening in Hebron is a clear bending of the law, according to which a land seized for military purposes cannot be used for the purpose of settlement. The Israeli government continues to find new ways to accommodate the extreme settlers in the city of Hebron, where the occupation is the most apparent and most severe. If the military necessity is no longer there, the land must be returned to its owners and the protected lease agreement with the Hebron municipality must be renewed.

During the 1980s the base of "Plugat Hamitkanim" was established in the location of the old central bus station at the heart of Hebron. Prior to the seizure order, the land was owned partly by Palestinian individuals and partly by Jewish individuals from before 1948, whose land was leased to the Hebron Municipality by the Jordanians and then by the Israelis through the Custodian's Office.

The expropriation of the land was done through a seizure order which was not issued in writing but rather given orally. In the early 1990s settlers moved into the compound against the law, and following Peace Now's petition to the High Court (6492/08), a written seizure order was issued on June 24, 2009, defining the lands seized for military purposes.

In the past few weeks renovations are taking place in the military compound of "Plugat Hamitkanim." From information obtained by Peace Now, it appears that the reason for the renovations is the move of settlers into the compound. So far foundations were laid, the fence surrounding the compound was moved and additional structures were brought in. Soldiers that used to live in the structures of the old bus station recently evacuated these and moved to the new structures mentioned above. The now empty old structures, which are currently included in the seizure order, are meant, as far as we know, to house settlers in the near future. The plan, as it appears, is to deduct this portion of the land from the military order in order to allow the entry of settlers to the area and to allow them to plan bigger construction on the land.

The deduction is necessary as settling in lands seized for military purposes is illegal based on the precedential High Court verdict of Alon More in 1979. Furthermore, settling inside the base would constitute a violation of International Humanitarian Law's principle of distinction between civilians and combatants.

In a letter sent on August 16, 2016 to the Defense Minister, the Head of the Civil Administration and the Legal Advisor of the Civil Administration on West Bank issues, Peace Now demanded to prevent the entry of settlers to the area. What is happening in Hebron is a clear bending of the law, according to which a land seized for military purposes cannot be used for the purpose of settlement. The land in question was seized through a military seizure order, and now the seizure order is being lifted only from the particular area that settlers intend to enter. Even if the military necessity is no longer there, but exists on the portion of the lands that used to be owned by Palestinian individuals, the lifting of a seizure order is supposed to lead to the return of the lands to their owners, which in this case means the continuation of the protected lease agreement of the Hebron municipality with the Custodian’s office. Instead, what we are seeing is the implementation of the "right of return" to Jews only and on the expense of the protected tenants. 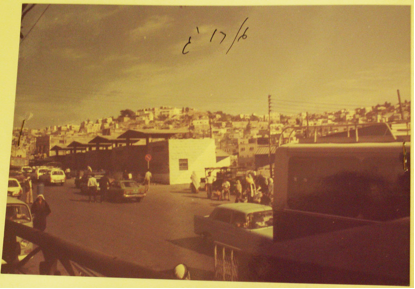