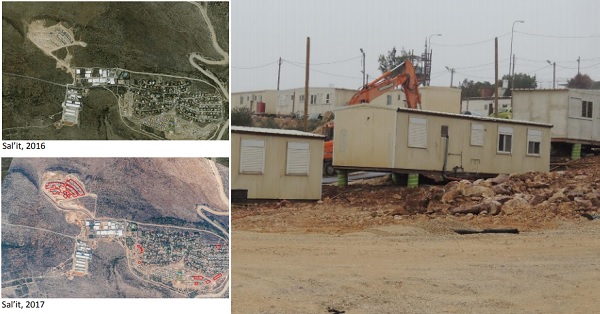 Peace Now's annual report on settlement construction in 2017 in the West Bank (excluding Jerusalem) reveals 17% more building than the yearly average over the better part of the past decade. Of the new construction, 78% took place in isolated settlements beyond the Geneva Initiative border, a slight increase from 2016. Tenders published in 2017 reached a two-decade record high, while the new settlement of Amihai (for the Amona evictees) and three outposts were founded.

The steady pace of construction and building deep in the West Bank attest to Prime Minister Netanyahu's steadfast abetting of the settlement enterprise. It is also apparent that the new U.S. presidency in 2017 had no marginal deterrent effect on these Israeli unilateral moves, which continue to inflict severe damage on Palestinians' way of life and on prospects for a two-state solution.