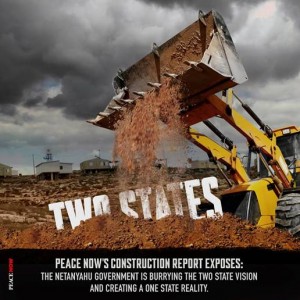 For more on the settlements and settlement report:

Peace Now's Hagit Ofran and APN's Lara Friedman in Haaretz: Don't Be Fooled by Netanyahu's Sleight of Hand on Settlements.

Articles about the Peace Now report: