The full list of settlement plans advanced can be found here.

Peace Now: In 2018, the government advanced thousands of housing units, including most which can be found in isolated settlements deep inside the West Bank that Israel will eventually have to evacuate. Those who build these places have no intention of achieving peace and a two-state solution. The latest announcement, which as an aside was cynically passed on Christmas while most Western governments are on holiday, shows that Netanyahu is willing to sacrifice Israeli interests in favor of an election gift to the settlers in an attempt to attract a few more votes from his right-wing flank. 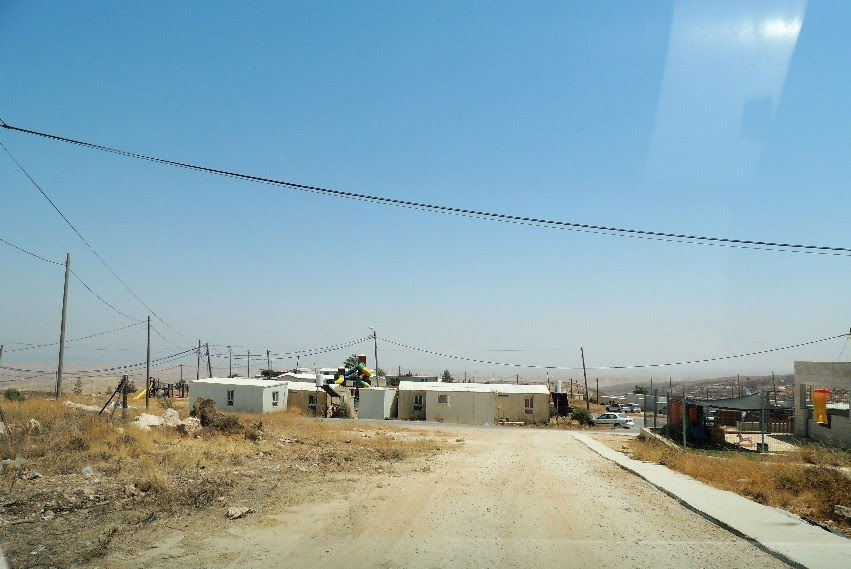 Regulating Gva'ot Settlement - This settlement was established in the 1990s without plans under the pretext of a "neighborhood" of the Alon Shvut settlement (2.5 kilometers away from the air route). It was first used as a yeshiva (Jewish seminary), but after a few years the yeshiva group left and the place was abandoned. In recent years, the settlement was re-established there, but without any valid plans or permits. The plan was approved today. 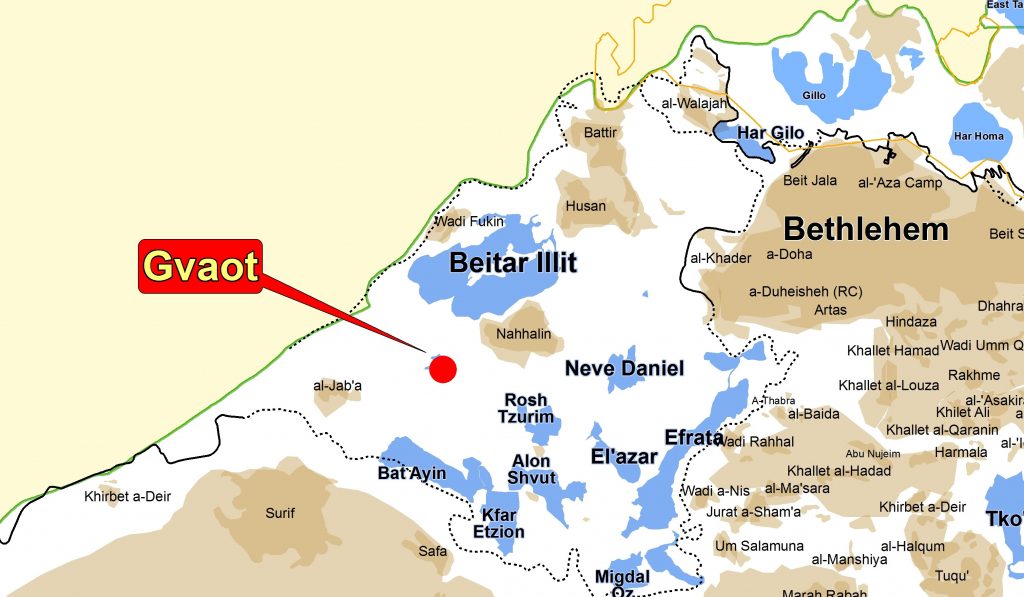 Educational campus and gas station at Mitzpe Danny outpost (Plan No. 225/3/1), east of Ramallah (approved for validation) - Although this is not a residential program, these buildings also qualify as the establishment of a new settlement complex in the West Bank. The plan covers 140 dunams and will create a permanent presence of hundreds of Israeli students and teachers. The plan is adjacent to the illegal outpost of Mitzpe Danny, and it could be part of an effort to regulate it as a legal settlement under Israeli law. During the discussion it was noted that the Mateh Binyamin Regional Council is preparing a plan to regulate the outpost. 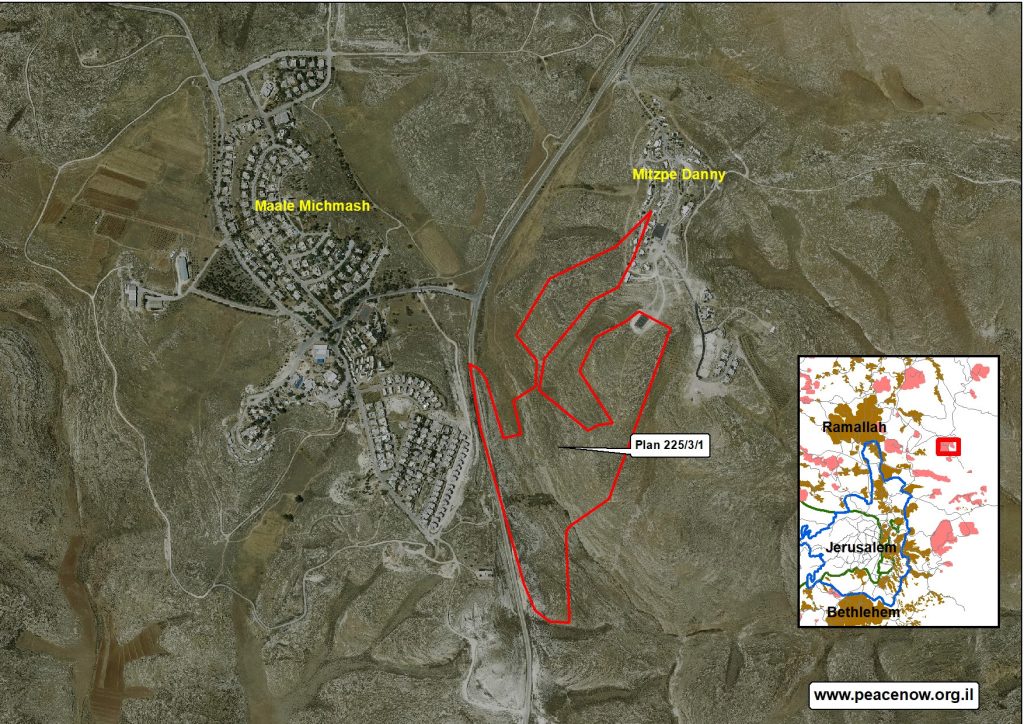 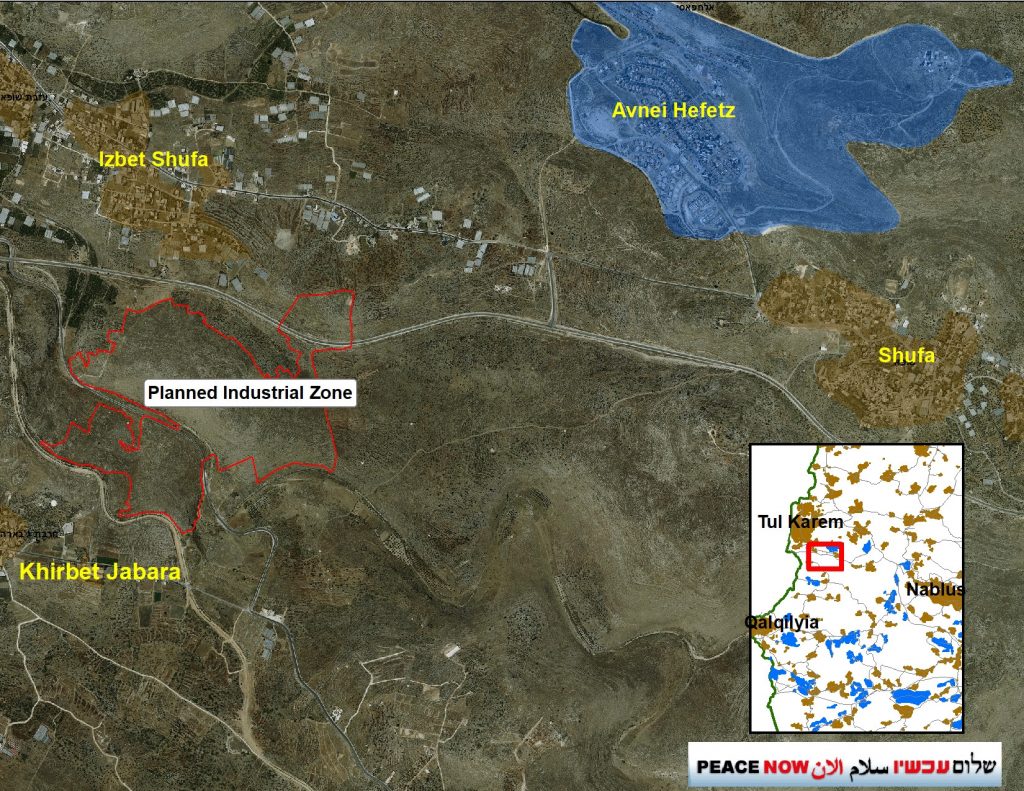 Nahal Rabbah Regional Cemetery, south of Qalqilya (Plan No. 192/1) - For years, the Nahal Rabah area was a firing zone that prevented any usage of the land. A few years ago the firing zone designation was rescinded, and the Blue Line team set new boundaries for its state land as part of a plan to build a new industrial zone. The planned cemetery is likely to be the first component on the road to the establishment of an industrial zone, which is also a type of settlement. 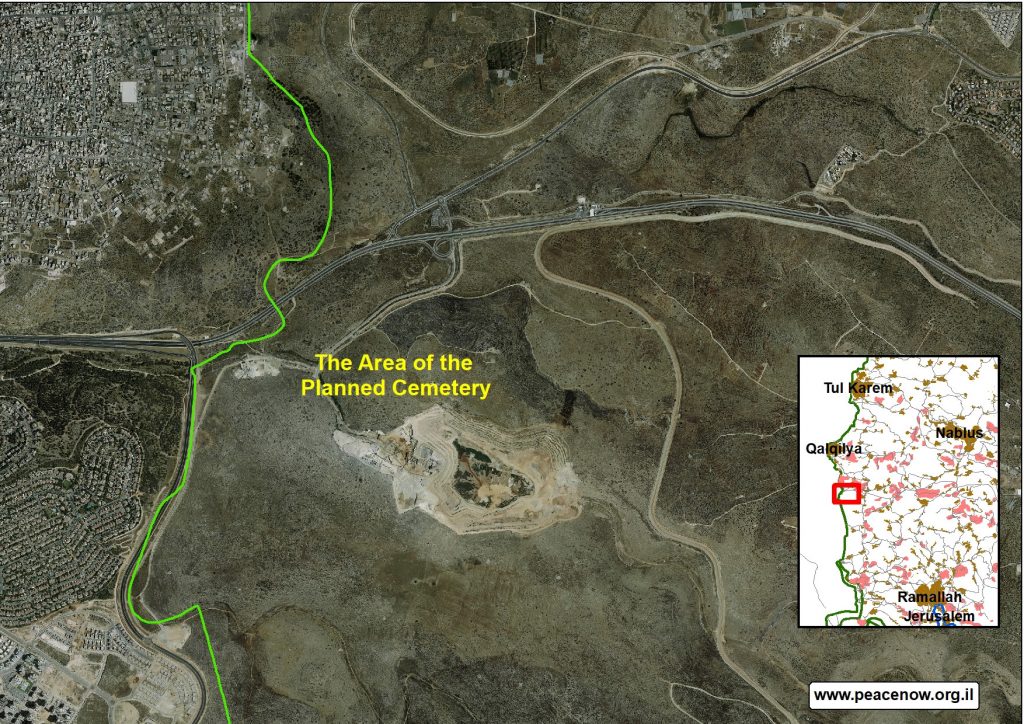 In addition to these plans, other large plans, especially in remote and isolated areas, include: