Amona: Everything You Need to Know 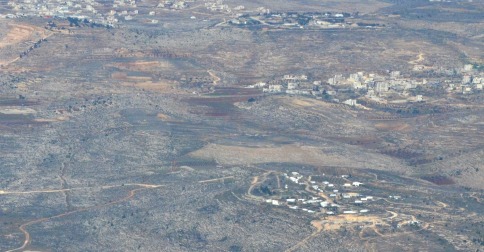 Q: What is Amona?

A: Amona is the largest illegal outpost in the West Bank, home to 42 families (As of August 2016), located near the settlement of Ofra, northeast of Ramallah. An illegal outpost is a settlement built without official Israeli government approval, in violation of Israeli law, typically on privately-owned Palestinian land.

A: Yes. It is built on some 100 acres, registered as privately-owned by Palestinians from the adjacent village of Silwad.

Q: Why is Amona in the headlines?

A: Amona is in the headlines because the Government of Israel is seeking ways to legalize it by removing it to an adjacent location, in an effort to address a December 2016 Supreme Court deadline to demolish the outpost.

Q: But wait, wasn’t Amona already evacuated in 2006, with much pomp? Wasn’t there a great deal of violent resistance by the settlers and excessive use of force by the Israeli police?

A: Well, yes and no. The famous fight in Amona in February 2006 was over nine permanent structures. The State agreed to destroy these homes following a petition that Shalom Achshav (Peace Now) filed to the High Court. After the removal of these structures, the outpost has grown into a medium-sized, semi-autonomous community and boasts a visitor center, a synagogue, a ritual bath, businesses, industrial workshops and agriculture.

Q: How is that possible? If this outpost was illegally built on privately-owned Palestinian land, why didn’t the government go ahead and dismantle it, or at least prevent its growth?

A: Good question. Like most illegal outposts, Amona started out as a rogue initiative by the settlers – in this case a group of settlers from the adjacent veteran settlement of Ofra – and with government support has grown from two prefabricated structures in 1996 to many houses and more than 50 families today. Under government instructions, the outpost was connected to the power grid and to the water network. Israel’s housing ministry even issued tenders for contractors to build permanent housing there, and funded the purchase of several prefabricated homes for Amona settlers. It also funded the building of an access road to an archaeological site near Amona.

Q: So, the Israeli government not only acquiesced, but fully assisted the construction and development of an illegal outpost. Is this a common phenomenon?

A; Yes. The Israeli government’s thorough involvement in the construction of illegal outposts – in practice knowingly aiding and abetting an illegal act -- has been the subject of much criticism both inside Israel and by the international community, including by the US government. The chief reason for this extraordinary phenomenon is the strength of the settlers’ lobby, which has a strong presence inside the government itself.

Q: Why is Amona so important to the settlers?

A: Amona is important to the settlers for two main reasons. One is its location. It functions as a “finger” that extends from Ofra eastwards, and could allow Ofra to grow further eastward in the future, creating a corridor that would hinder Palestinian contiguity and further complicate the creation of a Palestinian state. The other reason is that for the settlers, Amona has become a symbol, an icon.

A: The February 2006 battle over the removal of nine structures in Amona was a major landmark for the West Bank’s ideological settlers. Many among them were extremely critical of what they saw as the weak resistance exercised by Gaza Strip settlers during the 2005 “Gaza disengagement.” They were concerned that the Israeli public’s and the Israeli government’s takeaway from this experience was that the settler movement is a “paper tiger” – meaning i.e., that despite settlers’ threats to strongly, even violently, resist any removal of settlements, in practice the settlers would easily give in when faced with decisive government action to uproot settlements. Given the political climate at the time of the original Amona battle – featuring most notably Prime Minister Ehud Olmert’s election campaign, which championed a unilateral Israeli withdrawal from most of the West Bank – the settlers’ leaders decided that it was imperative to change the public’s “paper tiger” perception and make clear that the settlers will not acquiesce to further removals of settlements. Some among the settlers’ leaders even spoke in terms of restoring deterrence vis-à-vis the government. The settlers’ leaders decided therefore to resist the demolition of nine structures in Amona on February 2006 with extreme violence. They injured scores of police officers who were deployed to enforce the demolition. A parliamentary investigation committee was formed to look into the incident. It criticized the settlers for using violence, and criticized the police for using excessive force.

Q: If Amona is so important to the settlers, and if the government openly supported it over the years, why hasn’t the government just gone ahead and legalized it as a full-fledged settlement.

A: The government of Israel has spent a huge of amount of time and energy looking for a way to do precisely that – to legalize Amona – but based on Israel’s own laws, it cannot. In short, it is impossible for the government of Israel to simply legalize Amona, since Amona sits on lands privately-owned by Palestinians (and that ownership is recognized by the state of Israel). The owners of the land petitioned Israel’s Supreme Court in November 2008 demanding the eviction of the outpost. It took the Court six years of deliberations, but in 2014, it finally accepted the petition and ordered the government to completely remove Amona by December 2016.

Q: So what’s the problem? The Court has decided, and the government must respect the Court’s ruling, right?

A: Well, yes – but now is when the government is getting creative. Rather than just removing Amona, as required by the Court, the government wants to re-locate Amona to a new location in the same area – on land that, once again, is privately owned by Palestinians. But this time there’s a trick: The Palestinian owners of this alternative plot of land, unlike those who petitioned the High Court to remove Amona from their land, do not presently live in the West Bank. They are what Israel terms “absentees,” and therefore under Israeli law are deprived of the right to claim their real estate or petition to the court when it is seized. So in effect, what the Israeli government is offering, under the pressure of the settlers’ lobby and under the pressure of the Court decision’s deadline, is to relocate Amona to an adjacent location, on Palestinian absentee-owned land. The move, according to Israeli media reports, will be considered “temporary,” subject to a lease agreement that the government will have the prerogative of extending in three-year intervals. This proposal, if approved by the government’s legal advisor and the court, will violate a High Court ruling stipulating that privately-owned Palestinian land may not be used for settlement construction.

A: In mid-August, the Government of Israel published a notice in a Palestinian newspaper, announcing the takeover of Palestinian absentee land near Amona. Earlier this same month, the idea to relocate Amona to absentee land was raised at a committee that the government had formed to find ways to legalize illegal outposts (known as the “Regularization Committee”), and on August 7, Attorney General Avichai Madelblit said that he would look into the option of relocating Amona to absentee land, despite “weighty legal issues,” as he put it. The developments in early August suggest that Mandelblit has in fact given a nod to the idea of relocating Amona to adjacent absentee land as a way to effectively legalize the outpost.

Q: The government, using taxpayer money, aided and abetted in the construction of an illegal outpost on what was effectively stolen land, right?

A: Yes, that is correct.

Q: And now that the Court has ruled that the government must remove this illegal outpost, the government is seizing private land to serve as an alternative site for Amona, fully aware of the “weighty legal issues” that its Attorney General alluded to. Right?

Q: So, instead of prosecuting and punishing those who stole land and used it illegally, instead of taking measures against government officials who actively participated in this illegal act, the settlers who live on stolen land will be compensated by an alternative site, which also sits on privately-owned Palestinian land. Is that right?

Q: Now, what about that governmental “Regularization Committee”? Is the Israeli government trying to legalize other illegal outposts?

A: Yes, it is. One of the conditions set by the Jewish Home party (the party that most closely represents the ideological settlers) for joining Benjamin Netanyahu’s coalition government was creating a committee to legalize the status of illegal outposts. The committee, comprised of senior representatives of government ministries, is reviewing various options pertaining to the status of outposts built on privately-owned land (approximately 80% of the outposts). At the same time, Israeli Knesset members are working to address this issue through legislation. Several bills seeking to confiscate privately-owned Palestinian land in return for financial compensation were struck down in June 2016, following legal briefs from the Attorney General stating that the bills were patently unconstitutional and after Prime Minister Netanyahu threatened to dismiss cabinet members who support them. But even then, Netanyahu softened the blow to settlers by reaching an agreement with the Jewish Home stipulating the construction of 851 new homes in West Bank settlements.