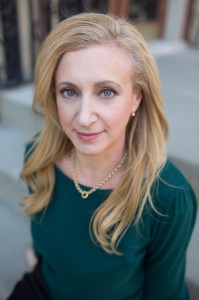 It seems there is no line Israeli Prime Minister Benjamin Netanyahu won’t cross to defend settlements. Israeli law says settlers can’t steal Israeli-recognized Palestinian private land for their own purposes? Netanyahu leaves no principle of rule of law unchallenged in the effort to “legalize” the settlers’ actions. The boycott-divestment-sanctions (BDS) movement challenges Israel’s legitimacy? Netanyahu jumps on the chance to exploit the BDS threat to legitimize settlements, accusing anyone who differentiates between Israel and settlements of embracing BDS (and accusing Israel’s closest allies of adopting policies similar to those of the Nazis). The Palestinians – and virtually the entire world – argue that settlements are an obstacle to peace and will need to be removed? Last week, Netanyahu releases a video accusing them of supporting ethnic cleansing.

Let’s make one thing perfectly clear: the idea that Jews may not live in a given place, for no reason other than because they are Jewish, is abhorrent. But that isn’t what objecting to settlements is about, and Netanyahu knows it. The demand for the removal of Israeli settlements from the West Bank has nothing to do with where Jews, as Jews, can or cannot live. It has to do with whether Israel will be a permanent occupier or will accept a two-state solution.

And let’s make another thing clear: Defending settlements by appealing to Jewish historical trauma at the hands of the Nazis — which is what Jews think of when we hear the words “ethnic cleansing” or worse yet, the Nazi term often invoked Netanyahu and the settlers, “Judenrein” — is morally despicable, politically inflammatory and factually misleading.

A reminder: The Israeli population of the West Bank in June 1967 was zero. Since 1967, that population has grown to hundreds of thousands of Israelis — not out of any natural forces but out of a combination of political-religious ideology and Israeli government policies, both seeking to displace Palestinians and take control over as much of the land as possible.

Some will no doubt retort, “But there were Jews living in the West Bank prior to 1948!” Yes, indeed, a very small number of Jews lived in a very small number of places in the West Bank prior to 1948. But is this really the hook on which defenders of Israel want to hang their hats? Setting aside for a moment the fact that this demand in no way justifies Israel the implantation of Israeli settlers all across the West Bank – there is an even more fundamental problem: this demand for a Jewish “right of return” to pre-1948 Jewish property in the West Bank and East Jerusalem clearly legitimizes a parallel Palestinian demand for a “right of return” to property they owned in Israel before 1948. Are people sure they want to go there?

Then, there is the final argument, a favorite of Netanyahu: “But there are Arabs living inside Israel!” This is absolutely true. Arab citizens live alongside and (in theory, if not always in practice) as equals to Israel’s Jewish citizens. This diversity and equality within Israel — a key facet of Israeli democracy — is something for which Israelis and supporters of Israel justifiably feel pride. And it stands in stark contrast to the situation in the West Bank and East Jerusalem — a situation that can only be a source of shame and outrage.

For nearly 50 years, Israeli settlers have acted, and been treated by Israel, as a super-class. They are afforded not only the rights of Israeli citizens but granted the special privileges of a favored minority to which Israeli politicians pander.

The Palestinians, in contrast, have for nearly 50 years lived under Israeli military rule — a separate and unequal legal system in which they enjoy few rights and virtually every aspect of their lives is controlled by Israeli authorities who are in no way accountable to them, but who are accountable to the settlers. It is a situation in which for 50 years Israel has systematically abused its power to take land, monopolize resources, and displace Palestinians in the service of a strategy — often expressed unambiguously and without apology — to make the occupation permanent.

The presence of Jews in the West Bank will not be secured by Israel exploiting its power as an occupier to implant settlements and force the Palestinians — and the world — to accept them as a fait accompli. A Jewish presence in these areas — the heartland of biblical Jewish history — will be secured only by removing the settlements as a necessary step to achieving a two-state solution.

One day, when there is peace and a Palestinian state established alongside Israel, we can all hope that Palestine will be welcoming to people of all faiths. If it is not, we can work to change that. Until then, the settlements are and will remain an obstacle to peace – not because their inhabitants are Jewish, but because that was what the settlements were always intended to be.

This article first appeared on September 12, 2016 in The Times of Israel.