APN's President and CEO Debra DeLee said: "Prime Minister Benjamin Netanyahu and his cabinet ministers know full well that unilaterally establishing facts on the ground in the West Bank, in the form of more settlement construction, has a devastating impact on efforts to achieve a peace agreement with the Palestinians and on later implementing such an agreement. Initiating new settlement construction at such a sensitive moment, when Secretary of State John Kerry is set to propose to Israeli and Palestinian leaders a 'framework' for resolving the conflict, is particularly offensive. It suggests to Israelis, to Palestinians and to the world that the government of Israel is not serious about peace. 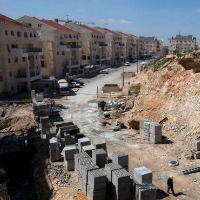