This week, Alpher gives an interim assessment of ramifications for the region on the three year anniversary since the outbreak of the Arab revolutions and where this leaves the United States and Israel, discusses whether Sunday's terrorist bus-bombing in Israel is part of a new escalation, and comments on the latest Snowden revelations regarding American eavesdropping on senior Israeli leaders' cell phones and emails.

Q. December 17 marked three years since the outbreak of the Arab revolutions. Can you offer an interim assessment of ramifications for the region?

A. It was on December 17, 2010 that Tunisian fruit peddler Mohammad Bouazizi set himself on fire in the town of Sidi Bouzid in Tunisia and ignited a series of Arab revolutions that have engulfed Tunisia, Egypt, Libya, Yemen, Bahrain and Syria. In all these countries except perhaps Bahrain, which in many ways is the exception that proves the rule, a revolutionary situation prevails to this day. Yet the nature of Arab revolution has evolved radically over these three years.

First, what began as broadly secular youth protests against lack of economic opportunity in two relatively homogeneous countries ruled by secular authoritarian rulers--Ben Ali in Tunisia and Mubarak in Egypt--morphed into demands for greater democracy, then quickly became dominated by Islamists. In Tunisia and Egypt, in turn, we have already witnessed an anti-Islamist backlash. Only in Tunisia--the most westernized of the Arab countries involved--has this taken democratic form; in Egypt it is becoming increasingly violent and vindictive. Significantly, both Ennahda in Tunisia and the Muslim Brotherhood in Egypt were democratically elected, but neither proved adept at managing the country, thereby blowing what was perhaps the only chance political Islam would get in Arab countries.

The contrast with Turkey is striking: there, after long decades of military-dominated secular semi-democracy, political Islam was able to get elected to power about a decade ago and to prevail and further democratize. What Turkey did through evolution, the Arabs have proven thus far unable to do through revolution.

Second, in those countries with a strong tribal or sectarian (e.g., Sunni-Shiite) tradition, revolutionary unrest quickly deteriorated into fragmenting internal conflict that spilled across ethnically-blind borders and invited outside intervention of the worst kind. Syria is the most obvious example: Alawites and other minorities confront increasingly fanatic Sunni Salafist mercenaries from throughout the Muslim world; violence overflows into Lebanon; millions of refugees flee to Turkey, Lebanon and Jordan (with thousands already knocking on Europe's doors); the conflict interacts at the tribal and religious level with Iraq and Lebanon; and external intervention by Iran, Saudi Arabia, Qatar, Turkey, Russia and the United States has followed. After the Christian exodus from Iraq, Christians are now fleeing Syria in large numbers.

The combined Syrian and Iraqi conflicts have fanned the flames of Sunni-Shiite tensions all the way to Pakistan. Indeed Iraq, which nearly a decade earlier experienced a "democratizing" US occupation, has been spared revolution but not major sectarian unrest. In Bahrain and Yemen, "hostile" internal takeovers were prevented only through military and political involvement by neighboring Saudi Arabia. Libya has to a considerable extent disintegrated into regional fiefdoms. Yemen threatens to.

Third, the revolutions have unleashed Salafist violence onto the Middle East and beyond. The Libyan revolution sent a massive weapons flow across anarchic Egypt into Sinai and Gaza and, in the hands of a rebellious minority, into Sahel states like Mali. The rise to power of the Muslim Brotherhood in Egypt gave a boost to Salafist aggression--first against Israel, more recently against the military regime in Cairo--from Sinai and Gaza. The Salafist near-takeover of the Syrian opposition poses a new potential threat against Israel on the Golan front, while northern Syria threatens to become an al-Qaeda-dominated "stan". Every country where Muslim youth have been "turned on" by the revolutions and have traveled to Syria to join the fighting on the side of the Salafists now knows that it must gear up to control these youth when they return home. The list is long, from Jordan and Lebanon via Tunisia to Europe, Russia (Chechnya) and even the US.

Fourth, the anarchy in Syria has combined with events in Iraq and Turkey to potentially empower large portions of the Kurdish nation to seek genuine autonomy, if not actual independence, in parts of those countries. The Kurds, more than 30 million strong and dispersed among four countries (Iran, too), are the world's largest stateless nation. But their effort is still plagued by geographic dispersion and tribal schisms.

Fifth, women have suffered the most from revolutionary-inspired violence, usually Islamist, in countries like Egypt. The cause of women's rights in the Arab world has been set back a generation.

Sixth, Arab monarchies have survived the revolution. Motivated by obvious self-interest, Saudi Arabia has used its wealth to bolster the weaker monarchies, for example in Jordan, and deployed its military to keep a minority Sunni regime afloat in Bahrain. But even absent the Saudis, monarchy has proven relatively stable and revolution-proof, including in countries like the Gulf Emirates that feature absolute rulers and huge foreign laborer majority populations that ostensibly should precipitate massive unrest.

Certainly there is food for thought that the monarchy survival phenomenon, coupled with the failure thus far of the revolutions elsewhere in the Arab world and internal deterioration in Iraq and Sudan, points to ongoing Arab state dis-functionality and the absence of Arab societal "ripeness" for democracy. In one form or another, Arab authoritarianism prevails. And despite the ranting of some Arab commentators about neo-imperialism and neo-colonialism, this is basically an Arab problem.

Q. Where does this leave the United States?

A. It leaves the US in a dilemma, as illustrated by Washington's zigzagging over events in Egypt and Syria and its behind-the-scenes sponsorship of a NATO intervention in Libya that has thus far produced only chaos. Unlike Israel (see below), the US cannot simply stand back and let events unfold, if only because of its global strategic and energy responsibilities. But its intelligence is no better than Israel's--or, for that matter, the intelligence of the Arab regimes that have fallen. And as we saw in Libya and Syria and nearby in Iran, the Obama administration prefers a non-military role that seemingly invites anger and disappointment throughout the region.

Q. And the ramifications for Israel?

A. Israel under two Netanyahu governments has wisely stayed out of the fray in surrounding countries. Its intelligence analysts have proven as perplexed as everyone else when it comes to anticipating revolutionary events across the border--recall, for example, Defense Minister Ehud Barak's confident prediction a couple of years ago that Bashar Assad would fall within weeks. While some Israelis' paranoia about being "a villa in the jungle" (another Ehud Barak gem) has been nourished by events and most Israelis now accept that greater near-term integration into the Arab Middle East is both unlikely and not particularly beneficial to Israel, we also note a counter-trend of heightened (albeit quiet) cooperation with neighbors against perceived shared threats.

Thus, the past three years have witnessed greater strategic cooperation with the Egyptian military regarding Sinai and Gaza and with Jordan concerning Syria. According to many reports, Saudi Arabia and the Emirates have enhanced cooperation with Israel against the backdrop of a combined Alawite-Hezbollah-Iran threat in Syria, coupled with shared concern over Iran's nuclear program.

Israel clearly has an interest in the region's Kurds, particularly in Syria, gaining greater self-rule. If the Arab Middle East can come to terms with the legitimate national needs of a non-Arab minority like the Kurds, it can hopefully address Israel differently too.

Finally, there is the Palestinian issue. Despite the preoccupations of three years of Arab revolution, it won't go away. Moving toward a solution remains a Saudi precondition for anything approaching overt cooperation with Israel. That the West Bank has been spared revolution thus far should offer little comfort to Israel. The potential for violence in the Israeli-Palestinian sphere can only be mitigated--or, vis-a-vis Hamas, balanced--by real progress toward a two-state solution.

Q. Apropos Palestinian violence, Sunday witnessed a rare terrorist bus-bombing in Israel in which casualties were narrowly averted. Is this part of a new escalation, and why?

A. In recent months, we have several times pointed to a gradual rise in Palestinian violence against Israelis, concentrated in the West Bank. Now, with the bus-bombing in Bat Yam, terrorism has struck inside Israel for the first time since a similar attack in November 2012 in Tel Aviv, during the IDF's operation Cast Lead against Hamas in Gaza. Unlike the seemingly spontaneous knifings and abductions perpetrated lately against Israelis by Palestinian individuals with no known organizational affiliation, bus bombings require expertise and a team effort.

This points to a possible Hamas operation to sabotage the current Israeli-Palestinian peace process. Had Sunday's Bat Yam bus explosion killed a number of Israelis, that effort might have succeeded. It has been nourished not only by reports of progress in the US-brokered process, but by the arrival in Gaza of dozens of Hamas terrorists with roots in the West Bank who were freed in the October 2011 Shalit deal and sent into exile in Gaza. From their base in Gaza, these veteran activists are reportedly trying to foment anti-Israeli terrorism in and from the West Bank. This also explains the IDF's nightly raids into West Bank cities and villages to carry out preventive arrests, some of which have recently deteriorated into yet more violence.

This is not, or not yet, a new intifada. The test of the intensity of armed Palestinian opposition to accommodation with Israel will probably take place if and when PLO leader Mahmoud Abbas accepts some sort of new framework agreement proposed by US Secretary of State John Kerry.

Q. Any comment on the latest Snowden revelations regarding American eavesdropping on senior Israeli leaders' cell phones and emails?

A. No one in Israel is surprised. No one is even angry. But everyone thinks it's high time that a US government that so blatantly spies on its Israeli friends should free Jonathan Pollard after 29 years of incarceration. 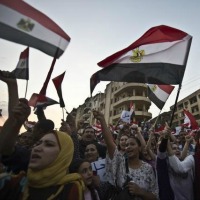