Hard Questions, Tough Answers with Yossi Alpher (December 23, 2019) - A Decade is Ending for Israel and the Middle East 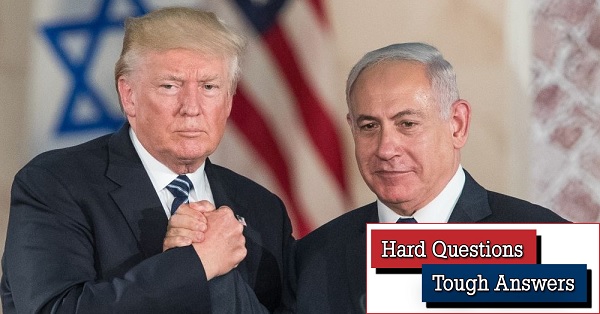 Q. We’re almost in 2020. Israel is heading for its third straight elections, its citizenry seriously distracted by domestic politics. Yet a great deal has happened in the region over the past decade. In retrospect, what were the most important strategic developments?

A. The so-called Arab Spring, which began in early 2011, witnessed revolution and civil war in no fewer than six Arab states: Tunisia, Libya, Egypt, Syria, Yemen and Bahrain. Some of those convulsions, e.g., in Libya and Yemen, are not over. Earlier, Iraq’s 2003 invasion and occupation by the US had plunged that country into civil war, brought Iran deep into the Arab world, and generated ISIS--all negative strategic phenomena that continued throughout the second decade of the twenty-first century and produced widespread violence and unrest. Before the decade ended, anarchic unrest had erupted in Algeria, Lebanon and Sudan, deposing leaders in all three.

So the second decade of the twenty-first century must be characterized in the Middle East first and foremost as one of extreme violence, unrest and regime collapse that reflected serious societal weakness.

Q. At the broadest level, who benefited? What Middle East countries were more successful in “reading” this new Middle East reality?

A. First and foremost, not a single Middle East monarchy fell in all this turmoil. Even in Bahrain, neighbors Saudi Arabia and the UAE intervened to keep the monarchy (a Sunni-minority ruler opposed by a Shiite-majority population) firmly in place.

Second, of all the Arab monarchies, two, Saudi Arabia and the United Arab Emirates, proactively addressed the Arab Spring violence with interventions in Yemen, Syria, and Libya. The UAE was the more geo-strategically successful at power projection: it closed the decade with military bases as far afield as Djibouti, Eritrea and the Yemeni island of Socotra.

A. Here is the second most dramatic Middle East development of the past decade. The regional turmoil and general Arab display of weakness drew back into the region the powers that, until a century or so ago, were dominant and often at odds with one another: Iran (Persia), Turkey (the Ottoman Empire) and Russia (the Czars). They played power games back then, and they are at it once again.

All three took direct advantage of Arab chaos. Iran’s hegemonic drive made Iraq a virtual client state. Iranian intervention in the Syrian turmoil helped save the Assad regime. Iranian backing further empowered Hezbollah, now the dominant player in Lebanon. Persian forces are on the shores of the Mediterranean for the first time in some 1500 years.

If it took Iran 1500 years, it took Russia around 25. In 2015, Russia answered a summons from Damascus and Tehran to return militarily to the Middle East for the first time since 1991 when the USSR collapsed. At a relatively low economic and military cost, Moscow helped rescue Syria’s Bashar Assad and set up permanent Russian naval and air bases on the eastern shore of the Mediterranean. It is also supporting the breakaway government in eastern Libya and apparently seeks a base in Egypt, to which it is selling arms.

Turkey’s path has been more hesitant and problematic. It has never solved its own Kurdish problem, and it experienced an abortive military coup d’etat in 2016. But the decade’s end found it occupying a slice of northeast Syria, firmly allied with Iraq’s Kurds, implanted in military bases in Qatar, Somalia and Sudan, and allied with the Tripoli-based government in Libya’s civil war. It is at odds with Russia both in Libya and in Syria though it has begun buying Russian weapons. Ankara also claims a huge swath of Mediterranean energy-drilling rights, angering Cyprus, Egypt and Israel, all of whom in any case are uncomfortable with President Erdogan’s Muslim Brotherhood-like Islamist pose.

Note that all three of these new-old Middle East hegemonic powers are conflicted with Europe and the United States. Russia has non-Middle East reasons (Crimea, Ukraine) for these tensions, along with its horrific human-rights record in Syria. Turkey, still a NATO member, at one point deliberately flooded Europe with Syrian and other Muslim refugees. It thereby contributed to unrest and destabilization that have severely tried European Union cohesiveness (Brexit) and, along with Russian meddling, catalyzed the emergence of far-right political actors from Hungary to Italy. Iranian-backed Hezbollah is considered a terrorist entity by the West.

Here the bottom line is that non-Arab powers are more dominant than ever in the Arab world.

Q. Where was the US regarding all these Middle East developments in the second decade of the twenty-first century?

A. It was mainly making mistakes and misreading the region. The Obama administration (2008-2016) misunderstood Iraq and misunderstood the Arab revolutions, particularly in Egypt, Libya and Syria, thereby contributing to the chaos. It misunderstood the Russian intervention in Syria: remember Obama warning Putin he was entering a “quagmire”? Obama lost a lot of credibility in the region with his abortive 2013 “red line” against Syrian use of chemical weapons. He thought Erdogan and the Muslim Brothers in Egypt were good guys who would bring democracy and stability.

On the other hand, Obama wisely tried to repair George W. Bush’s horrendous mistake in invading Iraq by extracting US forces. He had the right instinct, and his mistakes in the Middle East are nowhere near those of Bush 43. He understood the ISIS threat and built an effective coalition against it.

Then, in 2017, along came Trump. Like Obama, he wants to get US forces out of the region. Unlike Obama, for Trump this is pure instinct, pandering to his voting base, mixed with strategic ignorance. Accordingly, US progress in withdrawing from Iraq and Afghanistan has been erratic. Not to mention Syria, where the strategic circumstances really dictate a US military presence, not withdrawal. There, Washington should be seeking to bolster the Kurds, brake Iranian and Russian incursion, extract a price from Assad for his survival, and signal Israel and Jordan that they are not being abandoned to confrontation with Russia and Iran.

Syria is one place where, so far in his three years, Trump’s strategic ignorance is costing America’s friends dearly. A second is Iran: US withdrawal from the nuclear deal. A third is the Palestinian issue: the deal-of-the-century has as expected failed. Trump and his right-religious-pro-settlement team are egging on Israeli expansion at Palestinian and Jordanian expense.

Q. That brings us nearer to home--the Israeli-Palestinian sphere . . .

A. This was the decade of Netanyahu. He brought Israel a measure of prosperity, though at a radically worsening cost in basic services, infrastructure and income gaps. He avoided serious involvement in the Arab revolutions while leveraging them and the ISIS threat to make strategic inroads with Cairo and the Gulf states and establish strategic relationships with Moscow, Delhi and Beijing. He blocked Iran militarily in the Levant.

So far, relatively good. Now for the bad news. This was the first decade, after nearly 20 years of courageous efforts between 1991 and 2008, that witnessed no serious Israeli-Palestinian attempt to move forward on the Israeli-Palestinian conflict (note that John Kerry’s bumbling effort in 2013-2014 never brought the two sides together at the negotiating table, hence never had a chance). Instead, Netanyahu led Israel down a slippery slope toward a one-state reality, apartheid and all.

In the course of this decade-long process, Israel’s politics under Netanyahu became increasingly right-nationalist-messianic and oppressive on the human-rights front. Israel fought periodic border and rocket wars with Hamas in Gaza and stifled violent opposition in the West Bank and East Jerusalem with an effective hi-tech intelligence effort. It leveraged Gulf and Egyptian concern over Iran into effective strategic cooperation. But it never persuaded Riyadh, Abu Dhabi and Cairo to overcome their loyalty to the Palestinians and their demand for a two-state solution and to take relations with Israel out from under the table.

As 2020 dawns, Jordan offers a special case and a litmus test for Netanyahu’s approach to the Palestinians and his cultivation of the messianic right wing. Amman worked closely with Israel after 2011 regarding the chaos in Syria and the Iranian and ISIS threats. It was repaid by Netanyahu with repeated affronts to its treaty-bound status as guardian of the Muslim and Christian holy places in Jerusalem. Worse, it inevitably perceived Israel’s gobbling up of the West Bank as a threat to drive Palestinians eastward and “Palestinize” Jordan, thereby weakening or toppling the Hashemite monarchy. And it saw Israel’s much ballyhooed semi-clandestine relationship with the Gulf monarchies as an attempt to outflank Amman strategically and neutralize it as a vital ally that provides Israel with strategic depth to the east.

These Jordanian worries regarding Netanyahu’s policies toward the Palestinians and the Gulf are not without foundation. The next decade could witness highly negative developments.

Finally, the turn of the decade witnesses a threat by the International Criminal Court in the Hague to indict Israel for war crimes in the West Bank, East Jerusalem and Gaza. Sure, this is a bum rap: Israel’s court system is broadly up to the task of monitoring human rights and its non-governmental watchdogs like Breaking the Silence work hard to keep it honest. Besides, the Hague court may well be exceeding its legal mandate since Israel is not a confirmed signatory and the West Bank is not a state.

The same court in the Hague ignores the egregious record of human rights abuses over the past decade by Syria and by Russians in Syria and the attacks on Israeli civilians by those same Palestinians under Hamas rule in Gaza. But we can hardly be surprised. We have witnessed 52 years of occupation, rampant settlement and land confiscation, a decade of total neglect, and a government in Jerusalem that simply wants the world to forget about the Palestinians.

Of course, Israel still has Trump on its side. In the year ahead it will be interesting to follow the clash between the influence of Trump egging on Israel’s annexationists and the deterrent effect of the ICC threat to prosecute precisely acts like annexation.

A. Watch for the next calculated strategic moves in the region by Russia, Iran and Turkey. Watch for more mistakes by Washington: a poorly thought-out Trump-Iran deal may leave everyone in the lurch and remind us of Trump’s so-called deal with North Korea. And of course, watch Israel’s impending third round of elections which, at the strategic level, could affect the Palestinian issue, Jordan and tensions with Iran.

Overall, the past decade was bad for the Middle East and a mixed bag for Israel. The next one does not at this point look much better--pending possible changes of leadership in Jerusalem and Washington.