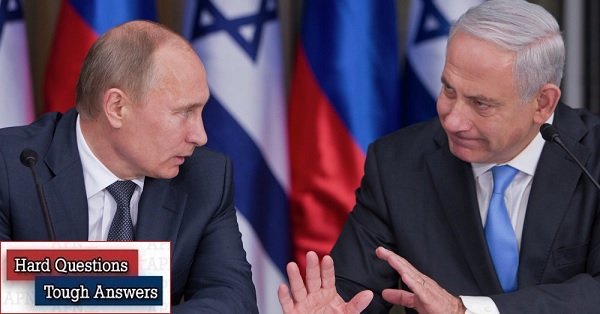 Q. What do you make of the talk of a US-sponsored NATO-like alliance of moderate Arab states opposing Iran’s deep penetration into the Middle East?

A. This is an intriguing idea for a number of historical and strategic reasons.

First, as an attempt to “organize” the region against an external enemy, it’s not entirely new. Back in 1955 the US formed CENTO, the Central Treaty Organization or Baghdad Pact to continue the geographical encirclement of the Soviet Union begun by NATO. CENTO comprised Turkey, Pakistan, Iran and the UK. Iraq was a member until 1959, when its internal politics turned it against the West and brought it closer to the USSR.

CENTO collapsed with the fall of the Shah of Iran in 1979. In general, CENTO could only be considered as strong as its weakest link. It suffered from the instability of the region and the need of some of its members, such as Iran and Pakistan, to exploit western-Soviet tensions to their own advantage, for example through weapons purchases from Moscow.

Interestingly, a clandestine Israeli initiative from 1958 that paralleled CENTO and involved Turkey and Iran was marketed to the Eisenhower administration at the time by David Ben Gurion as a kind of Israeli supplement to CENTO and NATO. It was called Trident and involved Israeli-Iranian-Turkish clandestine strategic and intelligence coordination. It too collapsed in 1979 with the fall of the Shah.

Another, more recent instance of western-coordinated regional military organization is the Islamic Military Counter Terrorism Coalition (IMCTC), with 41 members. It was formed in 2015 to counteract ISIS and protect Muslim countries against Islamist extremism. This was ostensibly a Saudi initiative, headquartered in Riyadh and commanded by a Pakistani. Like CENTO long before it, due to conflicting loyalties and lack of strong commitment on the part of its members, its military value remains questionable.

Then too, while Israel is undoubtedly the strongest and most capable anti-Iranian force in the region, it has not been mentioned as a potential member of the “Arab NATO” or “Middle East Strategic Alliance” (MESA) that is being pushed by the Trump administration. Despite PM Netanyahu’s bragging to the contrary, open and direct Arab military cooperation with Israel is taboo as long as the Palestinian conflict remains unresolved.

Third, as noted, this is an external, American initiative rather than, like the IMCTC, an ostensibly local initiative. The concept, described by a US National Security Council spokesperson recently as “a bulwark against Iranian aggression, terrorism, extremism” that “will bring stability to the Middle East”, is tentatively scheduled to be discussed at a summit in Washington in mid-October. The six Gulf Arab states, Egypt and Jordan will be invited. Retired US Marine Corps General Anthony Zinni, who once commanded US forces in the region, will apparently soon be dispatched to the Middle East to consult about MESA.

In parallel, US National Security Advisor John Bolton visited Israel on Sunday to discuss US-Israeli cooperation against Iran. Bolton noted on arrival that Russia’s President Putin had told US President Trump in Helsinki that Russia alone cannot bring about an Iranian withdrawal from Syria. True or not, this is where both a Middle East Strategic Alliance and Israel could at least theoretically enter the fray.

Q. Israel’s campaign again the Iranian presence in Syria is ongoing and aggressive. But can MESA make a difference in the confrontation with Iran?

A. I doubt it. The Arab record of waging a coordinated strategic struggle against a common enemy is poor. Back in the previous century, the Arab League never really got its collective act together against Israel. More recently, US-sponsored attempts to involve the UAE and Jordan in the fight against ISIS in Syria and against a variety of Islamist and other rebel elements in Libya scored relatively limited success. And in Yemen, Saudi attempts to rally moderate Arab forces against the Iranian-supported Houthi rebels have failed miserably, with countries like Egypt simply taking a pass despite their reliance on Saudi financial support.

Indeed, Riyadh’s own military performance in Yemen, like Cairo’s in suppressing ISIS-affiliated rebels in Sinai on its own sovereign territory, is hardly encouraging. Yet Saudi Arabia and Egypt should, by any historical and military standard, be the standard-bearers of the fight to block Iranian penetration into the Arab Middle East. Typically, the Saudis have temporarily paid their way out of direct military cooperation against Iran by contributing $100 million to US-backed coalition efforts in Syria to help compensate for Trump administration cuts there.

One additional reason MESA is likely to fail is Iran’s success in recruiting Shiite and quasi-Shiite Arab allies in Iraq, Syria and Yemen. Yet another is the ongoing instability of the Arab world as a whole. The fight against ISIS and other Islamist rebels continues in Tunisia, Algeria, Libya, Egypt and Iraq. Yemen, Sudan, Somalia and even the Palestinian Authority remain fragmented--a dynamic that precedes 2011 and helped cause that year’s wave of revolutions.

In sum, MESA represents yet another instance of Trump administration misreading of the region. To the extent, as reported, that PM Netanyahu is encouraging this venture because he believes MESA will operate in coordination with Israel, then he too is banking on Arab partners who are either inept (the Saudis) or unwilling (Jordan) to project military power far afield. The one exception could be the UAE, which has already been dubbed by US Secretary of Defense Mathis “Little Sparta” and has performed militarily with relative success in Syria, Yemen and Libya.

Q. And China? Is it now entering the Middle East militarily?

A. There are growing indications that the PRC seeks to go a step beyond its ambitious global Belt and Road Initiative, which is economic in essence, and introduce a military element into its Middle East presence--specifically, in war-torn Syria which borders on Israel. On August 1, China’s Ambassador to Damascus Qi Qianjin told a pro-regime Syrian daily that the Chinese military would be willing to participate “in some way” in the much-anticipated Syrian-Russian campaign to re-conquer Islamist rebel-held Idlib in Syria’s northwest. Indeed, the ambassador also mentioned “any other part of Syria” as theaters of possible Chinese military activity, thereby potentially bringing China close to Syria’s southwest border with Israel.

Q. Why would China consider military power projection so far from home, in the heartland of the Middle East?

A. For one, Beijing has a clear interest in suppressing Sunni Islamist terrorism. It alleges that elements among its own Uighur Muslim population in Xinjiang in western China have been radicalized. Several thousand have joined ISIS in recent years--a fact confirmed in the same Syrian newspaper, al-Watan, by China’s military attaché in Damascus. Some may still be in Syria while others have returned home, where Beijing expects them to cause unrest.

According to a recent report from the United Nations Committee on the Elimination of Racial Discrimination, up to one million Uighurs have been incarcerated by China in recent years in a “massive internment camp that is shrouded in secrecy”. The PRC appears as determined as Russia to preempt Muslim unrest on its territory by extending its strategic and military reach.

(That the PRC performance in Xinjiang also reflects an ugly forcible Sinification campaign to impose Han Chinese culture on Turkic Muslims is an important issue. But it does not directly bear on our analysis of China’s current and potential presence in Syria.)

So China has a stake in the conflict in Syria and particularly Idlib, which in recent years has been the “dumping ground” where thousands of Islamists defeated by the Syria-Iran-Russia coalition have chosen internal exile. Moreover, in view of Xinjiang’s strategic importance for China--it holds a huge proportion of the PRC’s natural resources and raw materials--it should not be surprising that Chinese-Syrian anti-terrorist intelligence coordination might be blossoming into full-fledged military cooperation.

Then too, China’s Belt and Road Initiative is everywhere in the greater Middle East: leasing Persian Gulf islands from Kuwait, building a port in Israel, and laying railroads and building ports in Sudan. Not surprisingly, it has also targeted the Syrian Mediterranean coast as a potential transfer station for Chinese exports to Europe and North Africa and imports of strategic goods from those regions. The sooner that coast is secured and roads, railroads and ports can be constructed, the better the Belt and Road will work in projecting the strategic power of China’s enormous economic machinery. This provides a precedent for a Chinese military presence in Syria: elsewhere, when China’s ambitious economic expansion network has run into armed resistance from local rebels, for example in some areas of Pakistan, the PRC has been prepared to offer military assistance.

Q. Both Russian and Chinese military activity in neighboring Syria? At the regional strategic level, what does this mean for Israel? For the US?

A. Unlike during the Cold War era, Israel has close strategic relations with both China and Russia. This should enable it to contain and/or coordinate with them. Recent years of successful strategic coordination between Jerusalem and Moscow since 2015 appear to support this assumption. Still, Israel can hardly be complacent about the future. If and as peace is fully restored to Syria, Israel will have to contend with Syrian-Russian and even Syrian-Chinese military alliances there that are designed to support the Assad regime with its now-proven capacity for mass murder.

As for the Trump administration, it appears to have relinquished Syria--particularly the western part nearest to Israel--to Russian and possibly even Iranian influence. At a minimum, Washington seeks to delegate anti-Iranian tasks in the region to local allies--a highly doubtful strategy when applied to the likes of Saudi Arabia. A Chinese military presence in Syria presumably will make little difference to the US. Chinese-Russian-Iranian military and economic collaboration is a powerful potential alternative to US power projection in the region, even as the Pentagon increasingly focuses on Russia and China in other arenas.

This emerging strategic reality has to give Israel pause as it contemplates the years ahead.