We knew the fight to keep Iran-focused diplomacy alive wasn't over - and we were right. Yesterday, Senators Menendez (D-NJ), Kirk (R-IL) and a group of 25 colleagues introduced a new and highly problematic Iran sanctions bill in the Senate - S. 1881, ironically named the "Nuclear Weapon Free Iran Act of 2013." This bill, introduced just before the Senate breaks for the year, will be the focal point of anti-diplomacy efforts for the coming period.

The White House has come out firmly against the measure, including issuing a veto threat, as have 10 Senate committee chairs, including Senators Feinstein (D-CA), Boxer (D-CA) and Levin (D-MI), who in a letter to Senate Majority Leader Reid (D-NV) stated that, at this time, "'we believe that new sanctions only play into the hands of those in Iran who are most eager for negotiations to fail." At the same time, an array of powerful outside groups, both from inside and outside the Jewish community, are already lobbying for its passage.

The mere act of introducing such a bill at this delicate juncture represents a reckless, provocative and wholly gratuitous step. The Geneva interim agreement with Iran demonstrates that sincere, determined diplomacy can deliver results. Now is the time to give diplomacy a chance to test whether this interim agreement can lead to a final accord that verifiably curbs Iran's nuclear program. Should Iran prove insincere about achieving such an accord, there is nothing preventing Congress and the Obama Administration from revisiting all its various policy responses, including additional sanctions, at that time.

Tell your Senators: give diplomacy a fighting chance to succeed where sanctions and saber rattling, on their own, have not, and cannot.

If the timing of its introduction weren't bad enough, the substance of the bill appears designed to undermine the initiative launched last month in Geneva and, bafflingly, to undermine international cooperation on Iran. In this way, it sends a message that some in the Senate, joined by outside organizations promoting this legislation, may prefer war to diplomacy and a negotiated final agreement with Iran, regardless of its terms. In sending such a message, supporters of the bill are, ironically, making common cause with hardliners in Tehran, who also prefer confrontation to negotiations and compromise; however, they are putting themselves at odds with the majority of Americans, who do not want more war.

Tell your Senators: the American people want effective diplomacy, not reckless grandstanding that could lead to war.

Anyone who is truly concerned about curbing Iran's nuclear program should be outraged by this latest sanctions effort. For the first time in decades, there is an historic and promising diplomatic engagement with Iran, and the entire world is focused on the importance of resolving concerns about Iran's nuclear program and nuclear ambitions. Now is the time for members of the House and Senate to stand up to outside pressure, foreswear partisan and political grandstanding, and get behind the efforts of the Obama Administration and the international community to achieve a negotiated final agreement that does just that.

Urge your Senators to reject this outrageous legislation; if they have already cosponsored it, urge them to recognize their error and retract their sponsorship (you can see the list of cosponsors on the online official list, updated daily to show any changes, here). 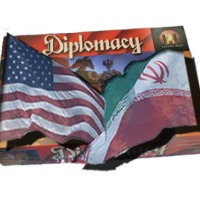