Peace Now has produced a position paper on a controversial bill proposed by Knesset members Ayelet Shaked (Habayit Hayehudi) and Robert Ilatov (Yisrael Beiteinu) on December 15th. The bill passed a vote of the Ministerial Committee on Legislative Affairs, with the support of ministers from Shaked's party and from Likud-Beiteinu. The bill would require any organization that receives funding from a foreign country to pay 45% tax of the funding received, if the organization or members of its board of directors call for the Prosecution of IDF soldiers, boycotting of Israel or its citizens, or if the organization denies the existence of the State of Israel, incite racism or supports the armed struggle of an enemy country or of a terror organization.

Peace Now's paper analyses the bill, explaining why it is, as Justice Minister Tzipi Livni said, "dangerous and dictatorial." Read it here. 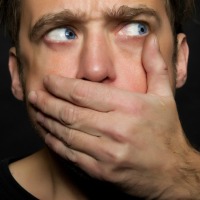