I'm writing this as an American and a Christian 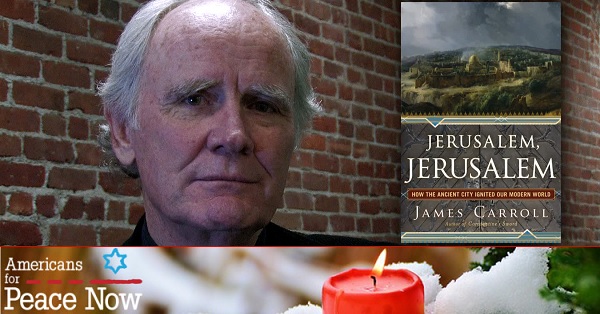 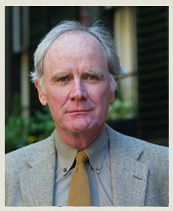 The festivals of light, in the various traditions, fall during the darkest time of the year - or so it seems to this Christian on Christmas Eve. The darkness, of course, is what makes the light shine brightest. In a similar way, hope has its truest power when things appear to be hopeless. Hope is a choice.

My train of thought, I admit, is running along the track of contemporary desolation. I am writing this letter on behalf of Americans for Peace Now. Peace Now is the heroic - and deeply patriotic - Israeli organization that has steadfastly stood for peace between Israelis and Palestinians for a generation. Recent turns in the old story, taken in Washington and Jerusalem both, have made the struggle for such peace seem more difficult than ever, but that only makes it more precious.

The end is as clear as ever, and so are the means: a two-state solution arrived at through agreed negotiations, enshrined in a secure Israel living side by side with a fully recognized Palestine, formed in the West Bank and the Gaza Strip. Good will, self-interested mutuality, respect by each side for the absolutes of the other, arrived at through compromise - these remain the elements of peace, and they are still possible.

As if the conflict between Israelis and Palestinians were not searing enough, the recent intervention from abroad - the U.S. administration’s feckless short-circuiting of final status negotiations by its recognition of Jerusalem as Israel’s capital - has complicated the peace process immeasurably. That defines the darkness of this moment. But that also defines the fresh importance of Peace Now, whose commitment has never depended on a shallow optimism that cannot survive when intolerant religious fanatics of whatever stripe seem ascendant. As a Christian, I am especially aware of the negative influence of Jesus-proclaiming American zealots whose End Time fantasies and Biblical literalism pre-empt both Israeli democracy and Palestinian nationhood. That such voices are heard in the White House only makes their rebuttal the more urgent.

That is why this is the time, more than ever, to support both Peace Now, and its U.S.-based sister organization Americans for Peace Now. Peace Now most emphatically affirms the Jewish and democratic character of the State of Israel. That means, with equal emphasis, that Peace Now opposes the Occupation of the Palestinians. Peace Now continues its crucial work of tracking and opposing the ongoing settlement project in the West Bank, especially when settlers seize land owned by Palestinians and illegally build on it. And Peace Now brings its power to the streets, as it did last summer, convening a throng inTel Aviv’s Rabin Square to reject the Netanyahu government’s disastrous anti-peace policies.

Peace Now receives nearly half of its funding from Americans for Peace Now. APN’s informative website (www.peacenow.org) offers a wealth of information and analysis for Americans to think more clearly - and pragmatically - about Israel’s challenges and about the role that our nation should - and still can - play as a peacemaker.

I am writing this letter as an American and as a Christian - at a time when detached uninvolvement, whether at home or abroad, amounts to a gross failure of civic and moral responsibility. Our religious and political texts; our doctrines and policies; our triumphalist dreams; our assumption of national innocence; our habits of racial and religious contempt; even our naive wishes for an easy peace - these are threads in the Holy Land’s still untied knot. Historically part of the Israeli-Palestinian problem, we are obliged now to be part of its solution. We must choose hope.

That is the invitation we have from Israel’s Peace Now and its U.S. sister organization. Please join me in supporting both Shalom Achshav and APN. Please make a generous tax-deductible contribution to Americans for Peace Now. Even in the present darkness, this is what the light of the possible peace looks like. Please commend Peace Now to everyone you know - now more than ever.

James Carroll is is the author of eleven novels, most recently Warburg in Rome (“his most splendid work of fiction to date” - NPR); and eight works of non-fiction, most recently Christ Actually: Reimagining Faith in the Modern Age (“at once stunningly original and strangely familiar, a testament to the power of a critical, creative faith” - Boston Globe). Other books include the National Book Award winning An American Requiem; the New York Times bestselling Constantine's Sword, now an acclaimed documentary; House of War, which won the first PEN-Galbraith Award; and Jerusalem, Jerusalem, which was named a 2011 Best Book by Publishers Weekly. He lectures widely, both in the United States and abroad, and contributes occasional essays to The New Yorker.

He lives in Boston with his wife, the novelist Alexandra Marshall. His forthcoming novel The Cloister is to be published by Nan A. Talese / Doubleday.

Imagine this was your family
Compassionate Children of Compassionate Parents?
What do you want 2015 to look like?
I was a radical settler
Fight the Darkness
Shelter for the Shamasnehs
APN's "What Would Leibel Do (WWLD)?" Awards Dinner - Boston