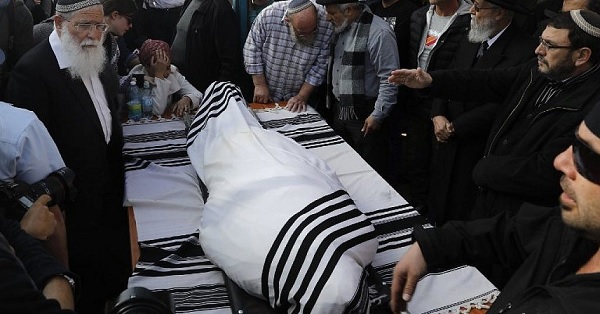 Washington, DC -- In the strongest possible terms, Americans for Peace Now condemns the murder of Rabbi Raziel Shevach, which occurred yesterday in the West Bank outside Nablus. According to news reports in Israeli media, Shevach was shot by an unidentified attacker who fired on his vehicle from a passing car. We note that Hamas’s military wing, while not taking responsibility for the shooting, praised the killing as “heroic” and a sign of future attacks to come. Islamic Jihad also welcomed the attack.

With great concern, we are following developments in the wake of Shevach’s killing. Israel’s right-wing politicians are shamelessly exploiting this deplorable act with calls for settlement construction, making clear that they intend to use settlement building in the Occupied Territories as a means to punish Palestinians. Defense Minister Avigdor Liberman has also ordered his agency to examine the possibility of legalizing Havat Gilad – the illegal outpost near Nablus where Shevach lived, parts of which are built on private Palestinian land.

Calls for revenge, which have already culminated in violence by settlers in the West Bank, only perpetuate the cycle of violence. Responsible Israeli politicians must call for calm, rather than engaging in incitement, just as Palestinian Authority President Mahmoud Abbas must condemn Shevach’s killing.

In a tweet, US Ambassador to Israel David Friedman pointed to Shevach’s killing and the Palestinian Authority’s payments to Palestinian prisoners (including those convicted of murdering Israelis) as the reason for “why there is no peace.” As we often have in the past, APN disagrees with Ambassador Friedman. Violence and terrorism are symptoms of the Israeli-Palestinian conflict. They also serve to perpetuate the conflict. However, the main reason for the lack of peace remains the occupation and settlements. The only way to end the conflict and significantly scale down the violence is through a negotiated peace agreement resulting in two sovereign states living side by side in peace and security.