From planting to burning down trees 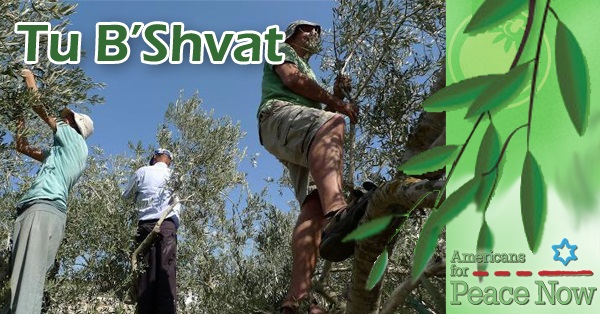 When I see photographs of Israeli settlers cutting, uprooting, or setting fire to Palestinians' olive trees to intimidate them, I can't reconcile what I see with what I thought I knew of our own tradition. 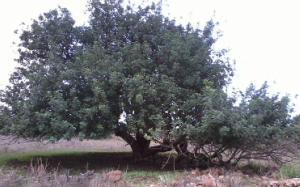 Tu Bishvat is the New Year of the Trees, one of four new years in our tradition. Children celebrate the holiday with songs and tree planting. On Tu Bishvat, it is common to retell the Talmudic story of the famous miracle worker Honi who once saw a man planting a carob tree. Ḥoni said to him: How long until it will bear fruit? The man said: Not for seventy years. Ḥoni said: Do you expect to live long enough to benefit from this tree? The man responded: I found a world full of carob trees. Just as my ancestors planted for me, I am planting for my descendants.

Jews venerate this symbolism of a future for our children, and we show our faith in that future by planting trees. The chalutzim who built the Jewish state planted forests. Today we recognize that covering entire hillsides with trees common in northern Europe was not so environmentally sound, but the impulse was a good one. Planting trees means we believe that there will be a future.

Years ago I went to the West Bank with Rabbi Arik Ascherman, who then headed the organization Rabbis for Human Rights, to help with the Palestinians' olive harvest. We were a group of international volunteers from many countries. When Arik gave us instructions, I felt ashamed. "If the settlers come to make trouble, don't engage with them. Your job is to interpose yourself between the Palestinian farmers and the settlers. The IDF will protect the settlers; that's what the government has directed them to do." For some of the international volunteers, this was their introduction to Israel. This was the ugly side. 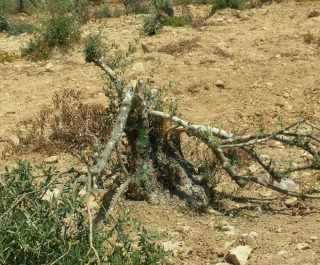 Every year, settlers destroy hundreds of Palestinian trees in acts of wanton vandalism. They attack the farmers and prevent them from harvesting the fruit of those long-lived trees. What kind of future do Palestinian children see as their Jewish neighbors destroy their olive trees, their source of livelihood? The message is clear: Arabs not wanted here.

Can we ever go back to treating trees with reverence? Can we observe Tu Bishvat with a sense of joy and hopefulness? I don't accept the alternative. Our tradition enjoins us to "choose life" and this includes trees.

Israel’s Peace Now movement and Americans for Peace Now, its American sister-organization, work to end the occupation and establish peaceful relations between Israel and an independent Palestinian state in the West Bank and Gaza Strip. Please support us in this work.

P.S. According to the UN Office for the Coordination of Humanitarian Affairs, in 2017 alone, nearly 3,000 olive trees have been vandalized by settlers. This doesn't include assaults on civilians and other destruction of property - all forbidden by Jewish law- but the destruction of these trees is the greatest irony because they are olive trees - the symbol of peace. Help us expose those who sow hatred and conflict through assault and vandalism. Support Americans for Peace Now.

Tu Bishvat begins the night of January 30th. Tu Bishvat is a Jewish holiday occurring on the 15th day of the Hebrew month of Shevat. It is also called "Rosh HaShanah La'Ilanot," literally "New Year of the Trees."

Tu Bishvat: We are planting for the future.
New Year for trees, nothing new for Palestinians.
Not so much as a mustard seed.
The Bulldozing of Hope
Shelter for the Shamasnehs
Imagine this was your family
The best deal on Black Friday is hope