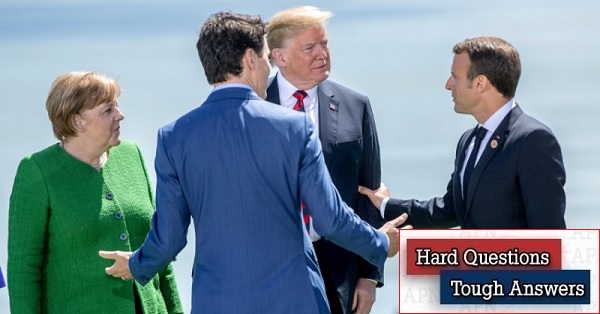 This week, Alpher discusses whether Kim Jung-un will show Iran how to fool Trump on nuclear issues; how the nuclear summit and its outcome in Singapore directly affect the US approach to Iran; where the so-called Libya precedent comes into the picture; and Trump's comment that abandoning the Iran nuclear deal is already paying off.

Q. It’s tempting to speculate that in Singapore, Kim Jung-un will demonstrate to Iran how to fool Trump on nuclear issues. Should this be Israel’s main concern?

A. Israel’s main concern, like that of its Sunni Arab neighbors, is that Trump succeed in maneuvering North Korea into nuclear disarmament in a way that contributes to American, and for that matter global, efforts to prevent Iran from developing nuclear weapons. If Trump fails--an outcome he might try to obfuscate for as long as possible--this could indeed contribute to Iran’s already proven inclination to fool the world on nuclear issues.

So a dangerous failure is one possible outcome of the Trump-Kim summit. But the parallels between the Singapore summit and US-Iran interaction regarding nuclear and missile issues are much broader. Our biggest problem in exploring them is that both Trump and Kim are basically unpredictable actors, whereas in contrast the Iranian leadership appears to follow a clearly delineated and accordingly more predictable strategic approach.

Perhaps the best way to begin is by exploring the Iranian-North Korean relationship.

Q. It appears to be a one-way arms trade relationship.

A. Indeed, North Korea has for decades sold nuclear technology and missiles to Iran and Arab countries. It had nearly completed construction of a weapons-grade reactor in Syria when Israel destroyed it in 2007. North Korean pilots have flown combat missions against Israel in Arab-Israel wars, for example during the years 1970-1973 in coordination with the Egyptian Air Force. Nothing but money is known to have gone in the other direction.

From Israel’s standpoint, if Trump is going to press Kim to dismantle his nuclear and missile arsenal, it is important that US demands include cessation of all weapons and technology transfers by North Korea to the Middle East.

Q. But how do the nuclear summit and its outcome in Singapore directly affect the US approach to Iran?

A. Here we enter a more speculative sphere. It is fair to say that Kim gains prestige and legitimization from the very fact of participating in a summit, one-on-one, with the president of the United States. Iran’s Islamist regime, on the other hand, is not in need of legitimization.

Then too, Kim arrives at the summit demonstrably destitute: China had to fly him to Singapore, which in turn is paying for the North Koreans’ hotel. Both Kim and Trump have acknowledged that North Korea is in desperate need of financial aid and that this would be part of the quid pro quo for Kim’s concessions on nuclear issues. Iran, on the other hand, is an energy-wealthy country whose economic demands boil down to removing sanctions and enabling trade.

While both North Korea and Iran are vulnerable on human rights issues, the Tehran regime is far less autocratic than Pyongyang, which can only be described as Stalinist. At least for now, however, these issues are probably not relevant. Trump is not likely to make human rights demands on either North Korea or Iran. Indeed, in negotiating the Iran nuclear deal of 2015 even President Obama avoided pushing too hard on controversial human rights issues with Tehran.

The most important difference between North Korea and Iran that is relevant to the outcome in Singapore is that financially-strapped Pyongyang has nuclear weapons and the means of delivering them as far as the US, while energy-wealthy Iran does not yet have such weapons and its missiles barely reach Europe. This means that it may be a lot easier to bribe North Korea than Iran. As for Trump’s threats to employ compellence--the threat or use of force--against both countries in the event that economic inducements and pressures fail, it is debatable whether either takes the threats seriously given the US president’s basic inclination to reduce America’s global military profile, particularly in the Middle East.

Q. Where does the so-called Libya precedent come into the picture?

A. The fate of Libya and its leader Moammar Qaddafi in 2011 has been cited recently by US officials in the context of North Korea. But it’s not clear whether they understand the precedent. Qaddafi closed down his nuclear weapons project in 2003 and owned up about his responsibility for acts of terrorism like the Lockerbie bombing, even providing financial compensation to the victims. In return, he received western promises not to pressure for regime change and to open economic and diplomatic lifelines. Then, in 2011 the West abandoned him and attacked Libya on behalf of rebels fighting his regime, leading to his death.

At the time, many speculated that had Qaddafi retained his nuclear program in 2003 he might have been able to mount a credible nuclear threat against his detractors in 2011, thereby ensuring his regime’s survival. Qaddafi 2003 decision had obviously been influenced by the fate of Saddam Hussein earlier that year. But of course, one could argue that had Saddam succeeded in developing nuclear weapons and not abandoned his nuclear program in the 1990s, he too would have been better able in 2003 to prevent a US-led invasion.

The obvious and unfortunate lesson here for regimes like Pyongyang and Tehran is: don’t give up your nuclear weapons program in return for international assurances regarding the sanctity of your regime unless you are absolutely certain your rule will not be challenged, whether from within or externally. If Kim is listening, here is the ultimate motivation for him to retain some sort of nuclear capability and means of delivery in his dealings with Trump and with South Korea and China as well.

And here too is the ultimate motive for Iran to go nuclear in the face of hints from Trump and Secretary of State Pompeo that the Islamic Republic regime could be targeted. In this sense, US withdrawal from the 2015 JCPOA nuclear deal could accelerate rather than prevent the emergence of a nuclear Iran.

Q. But Trump bragged last week that his decision to abandon the Iran nuclear deal was already paying off. “Iran is not the same country that it was a few months ago. . . .They’re a much, much different group of leaders,” Trump stated on June 7.

A. There is no evidence to back up this assertion. Certainly in Syria, where Trump claimed Iran had become less ambitious, there is no such evidence. True, Russia may be counseling or pressuring the Iranians to be more cautious in confronting Israel. But there are persistent reports that Iranian and Iranian proxy troops in Syria are simply wearing Syrian uniforms to avoid detection in sensitive parts of southwest Syria where Israel’s push against them is most persistent.

Trump seems to be inclined to interpret fellow leaders’ expressions of disdain or embarrassment when confronted with his antics as agreement or at least acknowledgement of his wisdom. Certainly Trump’s performance in Canada, prior to travelling to Singapore, can only be described as leaving behind scorched earth in the western alliance and sowing the seeds of a nasty dispute with America’s closest neighbor and ally.

This merely amplifies the potentially disastrous outcome of Trump’s abandonment of the Europeans when he left the Iran nuclear deal, the JCPOA, and set the US on a collision course with Iran. It also suggests the possibility that Trump left Canada in a tiff and complained that PM Trudeau had made him look weak precisely in order to ready an excuse for failure in Singapore.

Both Pyongyang and Tehran undoubtedly took notice that they are dealing with a lone-wolf leader--albeit the leader of the most powerful country on earth. The media in Tehran has not hidden its hope that the Singapore summit will fail, lest a successful outcome there increase the pressure on Iran.

Q. Is there any place in the Middle East where the Iran and North Korea issues appear to come together?

A. This takes us back to Syria. Not only are the Iranians present there, but the Damascus regime recently announced that President Assad would soon visit North Korea. The only logical rationale for such a visit is either to purchase another weapons-grade nuclear reactor and/or long-range missiles or to frighten Russia into supplying Syria with higher-grade weaponry.

A. Both Trump and Kim are so unpredictable and inconsistent that there is no bottom line. One can speculate that what looks like a successful “deal” in Singapore would lead Trump to redouble pressure on Tehran. Yet alternatively, it could also lead Trump to offer to sit down face-to-face with the Iranian leadership. Imagine Israel’s reaction to that!

Then too, a collapse of the Singapore summit (Trump has threatened to walk out if his first impression of Kim is negative) could lead Trump to boost military and economic pressure on both Pyongyang and Tehran. Having savaged relations with Europe, he could try to move closer to Beijing and Moscow. It is possible that the real outcome of this summit will not be fully known to us for some time to come. On the other hand, there could be no outcome at all other than “meet and greet” and fixing an agenda for additional meetings.

In terms of Israel’s ultimate interests, this summit is truly uncharted territory. Regardless of the outcome in Singapore, we are still left with the possibility of US military action against Iran and, absent that, an Israeli attack. Whether carried out by the US or Israel or both, if the purpose of such an attack is to destroy Iran’s nuclear infrastructure it will further whet the Iranian appetite for nuclear weapons. If the idea is to topple the Tehran regime, it will almost certainly fail, in which case (the Libya precedent) the regime will also accelerate its drive for nuclear weapons.