No Surprise: Majority of US Jews Support Israel and Are Critical of Its Government’s Policies 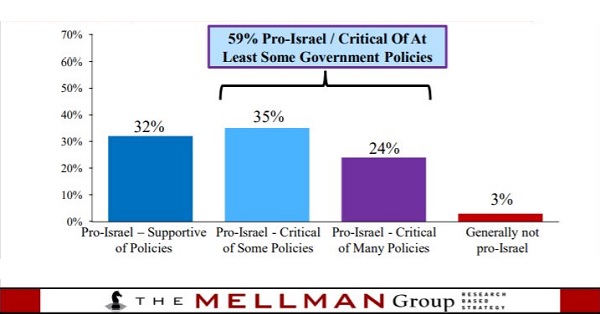 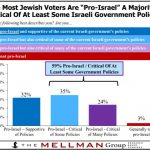 A poll published today yet again confirms that – just like Americans for Peace Now – a majority of American Jews are critical of Israeli government policies, even as they support Israel. The poll, conducted this month by the Mellman Group, finds that a solid majority (59 percent) of Jewish voters are pro-Israel and critical of at least some of Israeli government policies. Only 32 percent indicated that they are “pro-Israel and supportive of policies.” Three percent reported that they are “generally not pro-Israel.”

This confirms what we at APN have long known to be true. The Netanyahu government has adopted numerous policies – quashing religious pluralism; attacking its critics and the very foundations of Israeli democracy; and most of all, perpetuating the occupation – that we as American Jews must work against, even as, and indeed because, we support Israel. 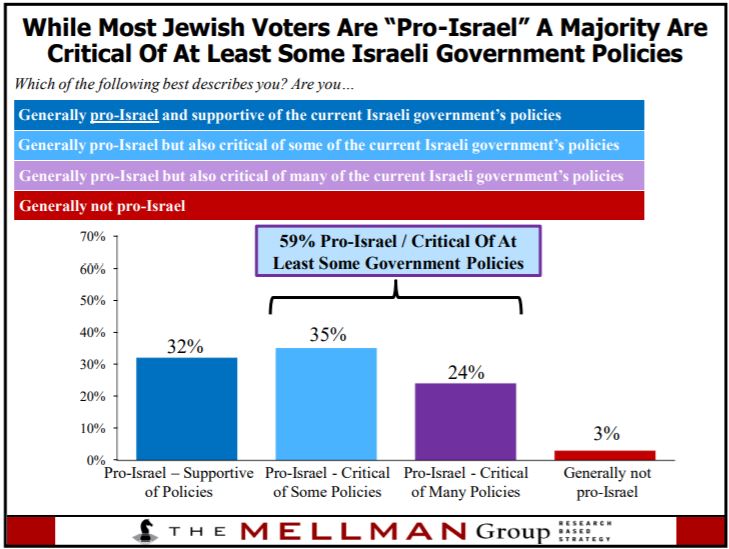 The Mellman poll contains other notable findings. Highlights include continued opposition to President Trump by the vast majority of American Jews. Despite his ostensibly “pro-Israel” (actually pro-Netanyahu) policies, only 26 percent plan to vote to him in 2020. Large majorities of American Jewish voters are critical of Trump’s handling of almost every issue. Regarding his handling of US relations with the Palestinians, 62 percent disapprove, and regarding the move of the US embassy to Jerusalem, 56 percent disapprove.

For the Trump administration, in which there is reportedly a “growing frustration” that Trump’s policies are not “sufficiently appreciated by large segments of the American Jewish community,” this can only be, well, frustrating.