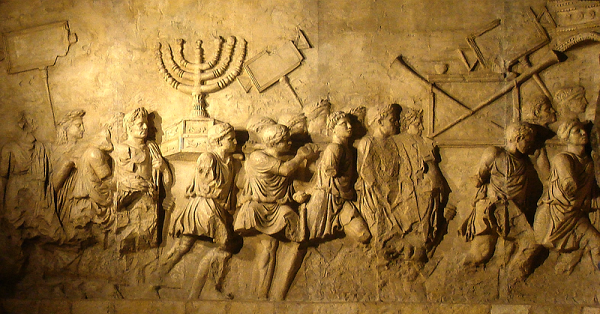 Tisha B'av, which commemorates the destruction of Solomon's Temple in Jerusalem and other tragedies in Jewish history, begins on sundown Saturday, August 10, and ends on sundown Sunday, August 11. 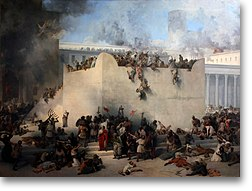 On Tisha B’av, many Jews around the world will sit in synagogues to read Eicha, the Book of Lamentations recited on this solemn day. The first words they will hear will warn: “Alas! Lonely sits the city once great with people! She that was great among nations has become like a widow” (Eicha 1:1). The city the verse refers to is Jerusalem, and more generally the Jews of the Holy Land in the year 70 CE. It is the beginning of the story of almost 2 millennia of Jewish exile, a period replete with significant episodes of horror and Jewish victimhood. How did the tragic scene in this verse, and the subsequent 2000 years of exile, come to be? It was the result of senseless hatred, tit-for-tat acts of revenge, allies turning against one another, and leaders acting for personal power without regard for the consequences society would bear.

The events leading up to the destruction of the Second Temple and the sacking of Jerusalem 1,949 years ago don’t sound too different from those happening in that same strip of land today. Just as the story of Tisha B’Av is one of greed, hatred, and revenge, so is the story of the occupation and the various types of oppression used by the Israeli government against Palestinians and to silence critics of their policies. All around, the same sins of the year 70 abound in the year 2019.

Have we not learned? The creation of a Jewish State was meant to be the final page in the long book of exile, leading us to a brighter future of independence and prosperity, a time in which Israel was meant to be a light unto the nations. Instead, this newfound freedom and power has been corrupted, especially in the last few years. A brutal occupation, the silencing and demonization of critics, the appointment of racists and homophobes to high government posts, and friendships with leaders like Trump, Putin, Duterte, and Orban who run counter to Jewish values are not qualities of what Israel was meant to be. The Jewish independence that ended the exile has devolved into the same hatred and backstabbing that started the very exile we thought we had put behind us.

The story of Kamtza and Bar Kamtza, two Jews at the end of the Second Temple period whose tale of personal enmity, mistaken identity, and revenge is often described as the final impetus for the Temple’s destruction, is one of Jew against Jew. The current divisions about occupation, religious freedom, corruption, and the myriad issues Israel faces likewise pit Jew against Jew. The hatred between Kamtza and Bar Kamtza barreled out of control, in the end affecting far more than the two of them. It is not too late to stop the modern day Kamtza and Bar Kamtza story from spiraling into a new disaster for the Jewish people.

One of the final verses of Eicha recounts the consequences of the hatred and divisions of those in Jerusalem, almost two millennia ago: “The crown has fallen from our head; Woe to us that we have sinned!” (Eicha 5:16). Let this serve as a warning: Today we wear a crown of independence and of power. Today we sin by silencing those with whom we disagree; by oppressing and occupying those who are weaker than us; by endangering whole communities for personal vanity and success; by aligning with those who contradict core Jewish values for power; by spreading senseless hatred in all of those actions. We let the crown fall from our head once due to sin and hatred. Knowing the 2,000 years of exile and pain that led to, we must do all we can to prevent that from happening once again.