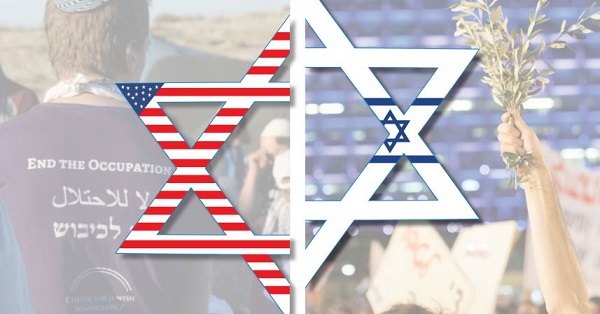 While Breaking the Silence recruited four former members of the IDF to tell their stories of bad Israeli soldiers, the group is silent about the tens of thousands of IDF soldiers who have served honorably and risked their lives not only to save fellow Israelis, but to avoid harming Palestinians (“Israel and U.S. Jews must break their shared silence,” Voices, Dec. 12).

Breaking the Silence, J Street and Americans for Peace Now, referenced as sponsors for the event, are only interested in railing against isolated cases of abuse by Israelis. They are silent on terrorist attacks, rockets, invasion tunnels and the calls for the destruction of Israel. The IDF stands between the Palestinians and the safety of Israelis.

Breaking the Silence and the others are silent on what would happen if the so-called occupation ended. Are Israelis safer since the withdrawal from Gaza? Are even Gazans better off? Ending the so-called occupation would mean no Jewish access to the Temple Mount, the Western Wall and the cave of the Patriarchs. It would create a barbaric state based on the bigotry of “No Jews Allowed” and still calling for the destruction of Israel.

Whistleblowers who sound the alarm don’t have an easy life.

Whether IDF soldiers in Hebron warning of abuse of Palestinians there or a White House official revealing corruption and abuse of power at the highest level, whistleblowers will be maligned by some of their superiors for lack of patriotism. Some colleagues will see their acts as “anti-social.” Their allegations will be closely scrutinized; sometimes, like the rest of us, they even make mistakes.

It takes moral courage to be a whistleblower. Some of their friends will never forgive them.

A whistleblower’s identity almost always leaks out, placing their physical safety at risk. Self-anointed patriots like Melvin Farber, in his response to an opinion piece about the whistleblowers of Breaking the Silence (“Here’s how to destroy Israel,” letters, Dec. 19), condemn them for ignoring the big picture of “terrorist attacks . . . and the calls for the destruction of Israel”.

Mr. Farber gives the game away when he suggests that Gazans might be better off under Israeli occupation — sorry, “so-called occupation.” That patronizing attitude toward our neighbors is one of the problems a handful of Israeli whistleblowers are actively fighting but that multitudes of Israelis worry about, from President Reuven Rivlin on down.

In a May 2019 letter to the editor, Mr. Farber asked, “Should tough decisions be based on which side can produce the saddest, weepiest story or on facts and consequences?” Well, here are some facts for Mr. Farber to contemplate. Read them and weep.

First, it is indeed occupation, and not “so-called.”

No less a champion of the settlers than Ariel Sharon said so when he carried out the Gaza withdrawal in 2005. International law says so. The IDF’s own lawyers say so. A trip between Ramallah and Jerusalem through IDF checkpoints says so.

Second, American Jewish organizations like Americans for Peace Now that host Breaking the Silence always unfailingly condemn Palestinian violence against Israelis. Just check their websites. (Full disclosure: I write a weekly Q & A for APN on Israel-related security issues but I have never been a member of APN, Peace Now or any other organization mentioned here.)

Third, since under present circumstances Israeli withdrawal from the West Bank is not likely, and since a hasty withdrawal would indeed endanger Israelis, the IDF truly does have a job to do there. And yes, most IDF soldiers serve honorably. No one at APN and J Street disputes that fact.

But what are we to do with those soldiers and settlers who abuse Palestinians? Mr. Farber would presumably have us sweep these violations of law and human rights under the carpet in the name of his own sad, weepy story: totally ungrounded allegations that ending occupation would mean everything from ending Jewish access to the Temple Mount to creating a barbaric state.

The reality, Mr. Farber, is that we don’t know how Palestinians would behave in their own state since they have never had one. The fault here lies with both Palestinians and Israelis. It’s a complex, nuanced situation that you simplify in ultra-nationalist terms at your own risk, and mine, and at the risk of the brave whistleblowers of Breaking the Silence. If you have your way (including reoccupying Gazans for their own good?!), we’ll continue down the slippery slope toward a one-state reality that is neither democratic nor Jewish. We’ll be Lebanon, or Northern Ireland before the Good Friday Agreement of 1998.

Who will you criticize then with your lofty one-sided morality? Your magical thinking about the “so-called occupation” doesn’t stand up to objective analysis. This is Israel’s future you’re ranting about.

We need a way out. More than some in Israel, and certainly more than you, the IDF knows that. Until then, we are occupiers. After more than 50 years, the occupation is having a ruinous and corrupting effect on young Israelis. Breaking the Silence tries to tell us just how this is happening by holding up a mirror to unacceptable Israeli behavior in the West Bank.

I recognize that this provides disturbing reading for Mr. Farber and many others. They should know that Israeli whistleblowers are doing this first and foremost for the good of Israelis and, indeed, Jews everywhere — not Palestinians.

Is it too much to ask that Jews in the Diaspora support Jewish moral values in Israel?

Yossi Alpher is a former IDF officer and Mossad official and former director of Tel Aviv University’s Jaffee Center for Strategic Studies. His latest book is “Winners and Losers in the ‘Arab Spring’: Profiles in Chaos.” He is a Washington native.