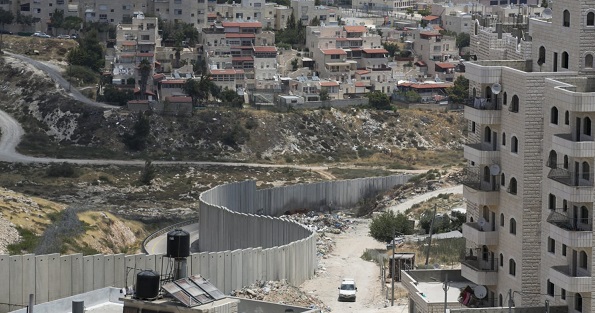 Quote of the day:
"Every occupying state has gone down this path – a coarsening of the soul, a loss of good character, burgeoning violence and oppression, an addiction to authority, hatred, evil and lucre. And then, riding on all this, a contemptible man always attains power, a corrupt man devoid of restraint who gathers evil men in his own image around him – people who market hatred and wickedness, who dance on the blood of others, holy priests with the greatness of God in their mouths and bribes in their pockets. And the masses are always drawn to their charm, because hatred is always stronger than enlightenment."
--B. Michael writes about the occupation in today's Haaretz.*
You Must Be Kidding:
Israel halted the removal of an illegal West Bank outpost at the request of a settler, but did remove a Palestinian protest tent in the area, based on the same regulations by which it originally planned to remove the outpost.**
Front Page:
Haaretz
Yedioth Ahronoth
Maariv This Week (Hebrew links only)
Israel Hayom

Top News Summary:
The big story in today’s Hebrew papers was that now Israel’s Health Ministry has asked Israelis not to travel abroad due to the coronavirus. (Today it was reported online that an Israeli who arrived from Italy was tested positive for the virus - Israel’s first. Israeli scientists claim they are three months away from a vaccine, meanwhile, Israel’s tourism industry fears the virus’ effect will be catastrophic.)

The other big story was that Kahol-Lavan chairman MK Benny Gantz has ‘removed his gloves’ and was forcefully battling the ‘libels’ by Likud, accusing his opponent, Prime Minister and Likud chairman Binyamin Netanyahu of ‘poisoning’ Israel with divisions.

It was also big news in the Hebrew newspapers that Democratic presidential candidate, Bernie Sanders’, called Netanyahu a ‘reactionary racist’ on the stage of the Democratic debate and said that he would consider moving the US embassy back to Tel-Aviv. Netanyahu said Sanders was wrong to call him a racist. Israeli Foreign Minister Yisrael Katz called the statements a 'horrifying comment.’ Maariv ran a 1.5 page spread on page 4, including an interesting analysis by Haim Isrovich (See Commentary/Analysis below.). The analysis had a misleading title to the making it seem as if the article were illustrating that Sanders is the BDS organizations’ candidate, when, in fact, Isrovich pointed out the changing relationship between the Democratic party and Israel and called on decision-makers in Jerusalem to take note. Only Yedioth ran a tiny item - on the second to last page of the paper - titled ‘Sanders against Netanyahu.’

Also worthy of noting, for some reason, Haaretz's English website ran a brilliant 2017 Op-Ed by Noam Sheizaf that summarizes the Israeli occupation. It also published a sharp Op-Ed by B. Michael on the same sore subject and Yedioth published an interesting piece by the mayor of Tel-Aviv about why he ordered the removal of the billboards that showed Ismail Haniyeh and Mahmoud Abbas in a humiliating position. See Commentary/Analysis below for all of the above.

Interviews:
PM: If I pushed a leftist agenda, everyone would support me
In a special interview with Israel Hayom, Prime Minister Benjamin Netanyahu speaks about navigating the complex political Israeli reality, the seemingly never-ending election year, the security challenges the country faces, and his legal woes. (Interviewed by [right-wing author-OH] Irit Linur in Israel Hayom)