On March 18, 2014, J Street U hosted Lara Friedman (Director of Policy and Government Relations, Americans for Peace Now) at the University of North Carolina at Chapel Hill for a talk on the APN's work and the current status of Israeli-Palestinian negotiations.

See photos and quotes from the event below: 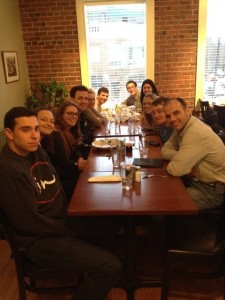 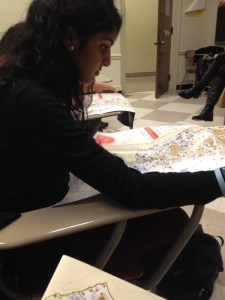 "It is integral to students that we hear support from someone who is in politics in D.C. Lara presented a hard critique of settlements and those who think peace will come alongside continued settlement construction, and she presented it in a way that made our campus efforts feel important" - Josh Orol, Communications major from Raleigh, Class of 2014

"Lara's enthusiasm for student advocacy and its role in achieving peace energized me to work harder. She gave a refreshing and inspiring contrast to those students who are unwilling to engage on this issue on campus." - Zach Padgett, Global Studies major from Rolesville, NC, Class of 2016