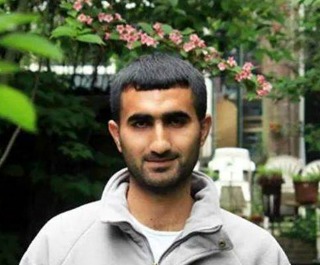 On the eve of the holy month of Ramadan this year, excitement, spirituality and happiness are conflicting with fear, sadness and desperation over last week’s incidents in the West Bank: the kidnapping of the three Israeli teenagers and the killing of five young Palestinians.

For me, however, this year’s Ramadan experience is very special. I am spending this month in Washington DC, far from my family in the West Bank town of Doura, near Hebron, and far from the quick escalation on the ground. Moreover, I am working for Americans for Peace Now, the Jewish pro-Israel, pro-peace organization that is lobbying for a peaceful resolution to the Israeli-Palestinian conflict based on a two-state solution.

The thirty days of Ramadan take us on a very meaningful journey which is meant to teach us the values of solidarity and patience, which enrich the soul of the Muslim. By prohibiting ourselves most of the day from all kinds of food and drinks, we are meant to feel and remember the miserable lives of the people who don’t have what we take for granted. We discover God’s mercy on us for granting us enough to live and for giving us the strength to think of others, who are less fortunate than us. It's an opportunity for reflecting on what happened since the previous Ramadan and to get closer to our nuclear and extended families. When Ramadan comes to an end, Muslims all over the world begin their celebration by feeling victorious in their inner battle to persevere in our fast and our moral journey during Ramadan.

As a Palestinian, I take the spiritual atmosphere of Ramadan as an opportunity to evaluate the battles that I am facing in my own life. Battles that specifically matter to me or matter to the entire Palestinian nation. While the process of self-examination is difficult, I believe that it is this inner self-questioning that makes us eventually grow – both as individuals and as a nation.

Over years of this self-examination process, I realized the need for creating a balance in regard to my stance on the Israeli-Palestinian conflict. On one hand, I have a strong connection to my people’s narrative, our affiliation to Palestine and our right for equality and self-determination. But on the other hand, it isn't necessary to deny the other’s feeling of connection to the same land.

On this of recognizing the other’s attachment to the land, which can lead us to reconciliation and understanding as a means of solving this conflict, we are often hindered by misunderstanding and lack of support from the narrow-minded people who are incapable of considering the other side.

Part of my self-evaluation is to ask myself what common ground I share with Jewish Israelis or Jews in general. I think about the enormous amounts of energy that I devote to my struggle to keep the balance in my life between my solidarity with my people and my effort to better understand Israelis and Jews.

As I do, I remember the challenge and the moral of Ramadan. During this month, you are able to eat but you make a choice to fast during the day to show solidarity with other humans. I apply this principle in everyday life. I can take the easy way, be an unquestioning conformist, and subscribe to the binary, adversarial approach that most Palestinians have toward Israel. Doing that will guarantee me the warmth and comfort of full acceptance by my people. But I choose not to, because I focus on a better future for my people and my people’s neighbors. I focus on the time in which both peoples will celebrate victory, not victory over the other side but rather victory over the misery of mutual enmity and victimhood, a victory that delivers security and dignity for both peoples.

By working with Americans for Peace Now in the next six weeks, I hope to demonstrate – however modestly – the value of working together for the future of both our peoples. I’m hoping to be inspired by APN’s notion that you can be both pro-Israel and pro-Palestine by being pro-peace.

Hamze Awawdeh is interning this summer with APN as a part of our joint internship program with the American Task Force on Palestine (ATFP). This is the fourth year in which APN partners with ATFP to host interns from Israel and Palestine. We host a Palestinian and ATFP hosts an Israeli. Hamze (24), a resident of Doura near the West Bank town of Hebron, is the Palestinian co-coordinator and vital contributor of outreach for YaLa Young Leaders Facebook Movement, a project of the Peres Center for Peace and the US State Department. He is a graduate of Bir Zeit University, where he studied Business Administration and Economics. He spent nearly a year in Germany attending school and working as a social worker and translator for young immigrants.