Americans for Peace Now (APN) welcomes the Supreme Court ruling rejecting efforts by Congress and outside groups to wrest control from the Executive Branch over foreign policy-making by legislating the status of Jerusalem in isolation of the context of Israeli-Palestinian negotiations.

As an American Jewish, Zionist, pro-peace organization, APN was alone in the Jewish organizational world weighing in against the law in question, going so far as to submit an Amicus Brief  to the Supreme Court when it considered the case for the first time in 2011. This photo of me at age seven, sitting on a Jeep taken by Israeli soldiers during the Six Day War, was taken in June 1967, just outside my home in Jerusalem, a couple of days after the war ended. During the weeks and months that followed, my family, like many Israelis, rushed to explore the liberated land of the Bible.

In our old Susita, an Israeli-manufactured clunker with a Ford engine and a fiberglass body, we traveled to Bethlehem, Hebron, Jericho, and the Judea desert. And through the torn-down wall that separated West Jerusalem from East Jerusalem, we walked to the Old City. We pressed prayers into the cracks of the Western Wall and climbed the Mount of Olives. My parents, who had both been Bible teachers, put the scenery in a historical context. We felt that our country was finally whole.

Americans for Peace Now today called on the Obama Administration to reject Israeli Prime Minister Netanyahu's cynical call for negotiations over settlement blocs and to instead prepare itself to lead or co-lead a resolution in the United Nations Security Council laying out clear parameters for a two-state solution to the Israeli-Palestinian conflict, consistent with longstanding U.S. policy. APN President and CEO Debra DeLee issued the following statement: 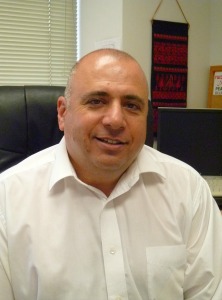 Israel’s new government should be seen as a call to action for anyone who cares about Israel’s future, about its character and about its wellbeing. This call applies not only to citizens of the state of Israel, but also – maybe even mainly – to those who are looking at Israel from outside, and, as outsiders, are best positioned to put a mirror before the Israeli public, to serve as a reality check.

The reality is that this government distinctly represents and expresses what the enlightened world, including progressive Americans who care deeply about Israel, have in recent years grown to resent about Israel’s conservative political elite.

The reality is that this political elite, characterized by a combination of jingoistic nationalism and religious conservatism, ethnocentrism and xenophobia, intolerance of dissent and disrespect for basic democratic principles, represents a set of values that is diametrically opposed to the values that most Americans, particularly young Americans, hold dear. More to the point, the reality is that this combination of reactionary beliefs, often zealously proclaimed in the name of Judaism, is the very antithesis of what most American Jews define as “Jewish values.”

As Israeli Prime Minister Benjamin Netanyahu announced tonight the formation of a narrow government coalition that brings together Israel's right-wing and religious parties, Americans for Peace Now (APN) is expressing deep concern for the new government's impact on Israel's future as a democracy and a Jewish state.

APN's President and CEO Debra DeLee said: "This government, based on the ideology of its members, is bound to act to further hinder the viability of a two-state solution, to further exacerbate Israel's isolation internationally, to intensify West Bank settlement construction, promote undemocratic legislation and act to stifle dissent.

Americans for Peace Now today called on Eric Fingerhut, the President of Hillel International, to reconsider his decision to boycott J Street’s annual conference. Fingerhut says he decided to cancel his planned appearance at the conference because one of the people invited to speak there is Palestinian Chief Negotiator Saeb Erekat.

Americans for Peace Now is outraged by the full-page ad, published in Saturday's New York Times, which accuses National security Advisor Susan Rice of being "blind" to the Jewish people's genocide.

Hours before Israeli Prime Minister Benjamin Netanyahu's address to Congress on Iran tomorrow, Americans for Peace Now is calling today on Netanyahu to refrain from using his speech to undermine diplomacy with Iran, further deepening the partisan rift on Capitol Hill, and causing further divisions among American Jews.

Americans for Peace Now (APN) calls on Speaker of the House of Representatives John Boehner (R-Ohio) to re-issue his invitation for the prime minister of Israel to address Congress for a later date, after the deadline for negotiations with Iran over its nuclear program, and following the elections in Israel, after a new government coalition is formed.

APN’s President and CEO Debra DeLee said: “Both the timing of the invitation and its manner are outrageous. They are inappropriate and irresponsible. Not only were the invitations issued in a way that violates protocol, their timing suggests congressional meddling in a foreign county’s election campaign – two weeks only before Israel’s general elections, in which Benjamin Netanyahu is a candidate. Furthermore, the timing strongly suggests an attempt to use a foreign leader to influence the debate between Congress and the White House over America’s Iran policy. To top it all, this move uses Israel, yet again, as a wedge issue in internal American politics. Speaker Boehner’s invitation – both its timing and manner – is therefore a disservice to US national security interests and to Israel’s.