APN's Ori Nir in The Forward: No, AIPAC Isn't Anti-Israel

Jay Michaelson has it wrong. AIPAC is not, as he argues, anti-Israel.

Most of what the lobby does is focused on strengthening the bond between the United States and Israel — various aspects of this relationship, including the U.S.-Israel security cooperation — which is undisputedly pro-Israel.

But not only AIPAC. All American Jewish organizations that focus on Israel, including the ones on the extreme right, are pro-Israel. They support Israel, and they do so wholeheartedly. They care deeply about Israel, and they are deeply concerned about its future.

Prime Minister Benjamin Netanyahu had a rough meeting in the Oval Office on October 1st.

Approving new settlement construction on the eve of his meeting with Obama wasn’t enough. Blaming Peace Now for the White House’s criticism of settlement expansion wasn’t enough either. Prime Minister Netanyahu just had to stick a finger in President Obama’s eye by accusing him of being un-American. 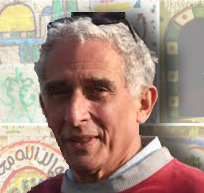 Jerusalem expert Danny Seidemann spoke with APN on August 11, 2014, to describe the impact of the Gaza war on Jewish-Arab relations in Jerusalem. "Hatred has been personalized and intensified to an unprecedented level," he said. "Today, Jerusalem is more divided than ever. The virtual borders are impenetrable."

With official representatives of Israel and Hamas indirectly negotiating a ceasefire agreement in Cairo today, Americans for Peace Now (APN) is strongly urging the government of Israel, the Obama administration, and all stakeholders in Israeli-Palestinian peace efforts to bring the PLO and the Palestinian Authority – the sole legitimate representatives of the Palestinians – back into a final-status peace negotiations process.

APN's President and CEO Debra DeLee said: "It's time to pivot from war to real, credible peacemaking. Everyone knows what such peacemaking requires, including U.S. leadership that is prepared to hold both parties accountable for their actions. The only one viable way to end the Israeli-Palestinian conflict is a two-state solution – Israel and Palestine, each living in recognized borders in peace and security. The only legitimate interlocutor for negotiating such a settlement on behalf of the Palestinians is the PLO, headed by Chairman Mahmoud Abbas, the President of the Palestinian Authority. Furthermore, having signed a reconciliation agreement with Hamas earlier this year, the PLO is well-positioned to negotiate on behalf of all the Palestinians, to make hard decisions around the negotiating table, and to deliver when time comes to implement a peace agreement."

The following interview with Amos Oz, a co-founder of Israel's Peace Now movement and an icon of Israel's peace movement, was published in the English edition of the German Deutsche Welle

Israel's ground offensive against Gaza is excessive, Israeli writer Amos Oz tells DW. But he also criticizes Hamas' strategy, in which both Israeli and Palestinian victims boost the organization's standing in Gaza.

Amoz Oz: I would like to begin the interview in a very unusual way: by presenting one or two questions to your readers and listeners. May I do that?

Question 1: What would you do if your neighbor across the street sits down on the balcony, puts his little boy on his lap and starts shooting machine gun fire into your nursery?

Question 2: What would you do if your neighbor across the street digs a tunnel from his nursery to your nursery in order to blow up your home or in order to kidnap your family?

With these two questions I pass the interview to you.