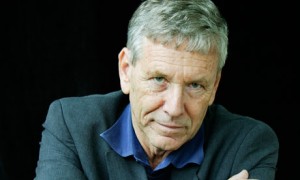 Israeli author Amos Oz likes to say that he loves Israel even when he can’t stand it.

Israel’s public sphere has in recent months given Israelis such as Oz, and their friends overseas, many reasons for frustration. The growing gap between rich and poor (the widest in the world), overt expressions of racism, intolerance and xenophobia, anti-democratic ultra-nationalist legislation, government policies that pull the rug from under the pro-peace rhetoric of its leaders. And rhetoric that doesn’t even presume to be pro-peace.

Last month’s ugly election campaign brought all this to a crescendo. It reminded many of us that all that we love about Israel is under threat.

Yes, Israel’s future is threatened not only by external forces who want to destroy it, but also by visions and agendas of fanatics and zealots within, extremists who increasingly hold positions of political power. Increasingly, ultra-nationalists -- many of them messianic zealots who will soon form a new coalition government – are threatening to destroy the vision of Israel’s founding fathers and mothers, the vision of an egalitarian, peace-seeking, just society.

Following Yom HaZikaron, Israel’s Memorial Day on Wednesday, the country will pivot, as it does annually, on the eve of Yom Haatzma’ut (Independence Day) from grief to joy. They will pivot from grieving over the 23,320 Israeli soldiers and security officers who gave their lives defending the state to celebrating the enterprise that they have secured: a prosperous, economically and culturally vibrant, creative, Jewish state, which is also a strong democracy.

Indeed, there is much to celebrate, and American friends of Israel will take part, enthusiastically, in celebrating the miracle that Israel is.

But as we celebrate the vision of Israel, and the many ways in which it is being fulfilled every day, we must not take this achievement for granted. We must recognize that it is under threat. Furthermore, we must re-commit to supporting liberal Israelis, progressives like us, who are fighting to protect their dream and to realize it.

Most Israelis know that, but not enough actively fight to make it happen. If there is one manifestation of Israel’s peace camp, of the determination to make Israel into what it could be and must be, it is Peace Now, Shalom Achshav.

Peace Now fights to roll back the settlements and the occupation, to stop the rapid erosion in democratic values in Israel, to prevent the permeation of occupation norms and practices into Israeli society, and most of all, to provide real, long-lasting security to the state of Israel through diplomacy, through a viable deal with the Palestinians and the Arab world.

At a recent speech in Tel Aviv, Amos Oz said, “I am concerned for our future. I am worried about the policy of the government and also ashamed of it.  I am concerned because of the growing fanaticism and violence, and I am ashamed. But I am happy to be an Israeli, and happy to be a citizen in a country where there are 8 million prime ministers, 8 million prophets, 8 million messiahs.”

The past elections have starkly demonstrated that these eight million prime ministers and prophets are engaged in a fight. It is a fight over Israel’s future. And in this fight, you, who have a clear vision of Israel’s future, must take sides. You have a role and you must act.

This Yom Ha’atzmaut, let us recommit to the vision of Israel shared by its founders, shared by the great majority of Israelis – and promoted by Israel’s Peace Now movement and her US sister organization, Americans for Peace Now.

Transcript and translation of remarks by Amos Oz to INSS
Yom Haatzmaut -Israeli Independence Day- a message from Shalom Achshav's director Avi Buskila
APN Mourns the Passing of Amos Oz, an Iconic Leader of Israel's Peace Movement
Matching Donation Grant Still Active - "This Is Not A Moment, It's The Movement" - Letter from new APN President and CEO
A short, modest man ... a literary giant
Remembering and Celebrating: Yom HaZikaron and Yom Haatzmaut
For Argument's Sake