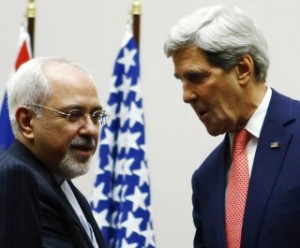 The achievement of this landmark deal demonstrates that where there is sufficient political will, diplomacy can work – and can walk the world back from the brink of war.

Opponents of this agreement never ceased trying to kill the diplomacy that brought us to this day.

YOUR efforts played a critical role, over and over, in preventing them from doing so. Now that a deal has been reached, these same opponents are doubling down (or tripling and quadrupling down) in their efforts to use Congress to scuttle the agreement and return the U.S. and Iran back to the path of confrontation that leads, ineluctably, to war.

YOUR efforts – today and in the weeks to come – are critical to ensuring that this historic agreement survives and has the chance to thrive.

Tell your Senators and Representative: Support the Iran nuclear deal.

PAST ACTION - Tell Your Senators: Reject Anti-Diplomacy Iran Bills
PAST ACTION: Tell your Representative to sign letter supporting Iran diplomacy
Past Action to Support the Iran Deal – 6 Things You Can Do to Make a Difference
APN Legislative Round-Up: January 16, 2015 [Updated]
PAST ACTION - Call your Senators today: Tell them to oppose amendments that put the U.S. on the path to war
APN on the JCPOA at One Year: A Clear Win for Both the U.S. & Israel
11 Bogus Arguments Bibi Will Likely Be Making Against an Iran Deal