Our love for Israel drives our struggle for peace

A few months ago, I met Noam, an inspiring Israeli high-school student. After my lecture he approached me and explained how in his school, he is seen as a traitor and as an unpatriotic Israeli. Noam explained that he is very much a patriotic Israeli, and out of his love for Israel, he wants to see peace with the Palestinians.

I could deeply understand his frustration. In the last several years, the right-wing in Israel has worked hard to characterize the Israeli peace camp as traitors and as unpatriotic. This narrative has become strong among the young generations, who have only ever known the conflict and occupation.

In response, we at Peace Now produced a short video-clip to show the public what we fight for, what our values are, and what our vision for Israel really is. The clip, which is narrated by a famous Israeli actor, sends a clear message that our love for Israel is what drives us to struggle for peace. 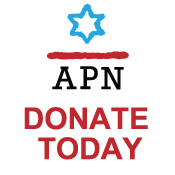 Within hours, the film clip began circling social media, being shared among friends, families and even the media.

Now, Noam and others like him can share this clip and explain to their peers what it is we stand for: a progressive, democratic, and peaceful future for Israel.

The upcoming year will be a crucial year for the future of Israelis and Palestinians. With the potential for a national referendum on any agreement, we must educate the public of the importance of making peace. Our efforts to engage the public on the peace negotiations have already begun, and we will need your continued support to reach more Israelis with the information and tools to believe in and advocate for peace.

Please help us reach the people who need to see this film by viewing it and sharing it. And we hope that you will help us get the message to even more people: please donate so that we can have the film clip run in Israeli movie theaters at the beginning of the film. 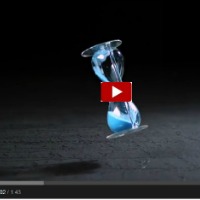 Our love for Israel drives our struggle for peace
What to do with the rest of our lives
Peace Now convenes third annual conference of Israel's peace camp
When She's Sixty-four?