Read the Washington Post editorial against the bill here: 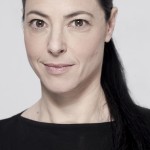 Merav Michaeli is an Israeli Knesset member and a former journalist, TV anchor, radio broadcaster and activist. Merav Michaeli was born in Petah Tikva. She is the granddaughter of Rudolf Kastner. MK Michaeli is currently Chair of the Caucus for Female Knesset Members, and is a member of the Foreign Affairs and Defense Committee. Prior to entering politics, Michaeli was known as one of Israel's most prominent journalists, an op-ed writer for Haaretz newspaper, and the producer and star of her own prime-time, documentary, and current affairs television and radio programs. Michaeli has taught university classes and lectured extensively on the topics of feminism, media, and communications. A longtime advocate for women's and minority rights, she is known for her ability to consistently challenge conventional views and positions. 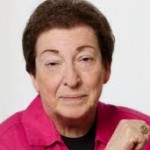 Naomi Chazan is former Israeli Knesset Deputy Speaker and leading human rights activist and served as president of the New Israel Fund from 2008-2012. Chazan was formerly on the NIF Board from 1992-93, resigned upon being elected to the Knesset for the Meretz party, and rejoined the Board in January 2007. She is Professor Emerita of Political Science and African Studies at the Hebrew University of Jerusalem, where she served as Chair of the Harry S. Truman Research Institute for the Advancement of Peace. She has also been a Visiting Professor of Government at Harvard University and a Wilhelm Fellow at the Center for International Studies at MIT. Chazan is currently Dean of the School of Government and Society at the Academic College of Tel-Aviv-Yaffo and Director of the Center for the Advancement of Women in the Public Sphere at the Van Leer Institute in Jerusalem. 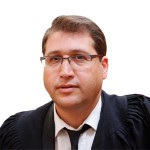 Michael Sfard is an Israeli lawyer specializing in international human rights law and the laws of war with a special emphasis on the law of belligerent occupation. He has served as counsel in numerous important cases on these topics in Israel, including the successful litigation for the removal of settlements built on private Palestinian lands (such as Migron and Amona, petitions concerning the Separation Barrier (among them “Alfei Menashe and the Bil’in cases), and the challenge to the Israeli policy of targeted killings. He is the legal adviser to several Israeli human rights organizations and peace groups (such as Yesh Din, Peace Now, Breaking the Silence and the Human Rights Defenders Fund), and he represents Palestinian communities and Israeli and Palestinian activists. 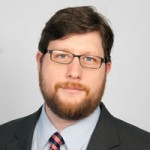 Matthew Duss is the president of the Foundation for Middle East Peace, based in Washington, DC. Previously, he was a policy analyst at the Center for American Progress, where his work focused on the Middle East and U.S. national security. He also served as director of the Center’s Middle East Progress program. Duss’s writing has appeared in numerous publications, including the New York Times, Washington Post, Slate, the Nation, the American Prospect, and the New Republic. He holds an M.A. in Middle Eastern Studies from the University of Washington’s Jackson School of International Studies.