A Progressive Vision for Israel's Future: A Conversation with Young Israeli Leaders in Washington, DC 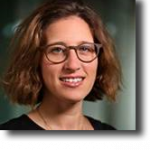 Yael Patir is J Street's Israel Director. Prior to joining J Street in 2012, she served as Director of the Civil Leadership Department at the Shimon Peres Center for Peace where she oversaw cross-border peace-building programs that engaged a wide range of civil society figures, including Palestinian and Israeli young political leaders. Yael also helped establish the Palestinian-Israeli Peace NGO Forum, a network of some 100 Palestinian and Israeli peace and dialogue organizations, and has served as the Israeli Director since the Forum’s inception in January 2006. 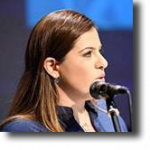 Dr. Nisreen Shehada is one of the founders of Standing Together, a joint Jewish-Arab grassroots movement fighting to transform Israeli politics. Standing Together organizes Jewish and Arab citizens of Israel around campaigns for peace, equality, and social justice, in order to build power and transform Israeli society. Dr. Shehada has a PhD in chemical engineering and nanotechnology, works at a large high-tech company and lives in Haifa. 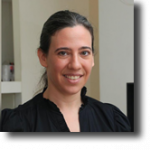 Michal Gera Margaliot is the Executive Director of Israel's Women's Network. For the last decade Michal has been on the frontlines promoting women’s rights in Israel. In her current role, Michael oversees IWN's work to fight for equal pay for women and greater women's representation in leadership positions across all sectors of Israeli society. Prior to becoming the managing director of the IWN, Michal served as a parliamentary advisor and chief of staff of MK Merav Michaeli.