For the sixth in a series of ads from APN, this week's message is from Tzipi Livni.

From her origins in a prominent right-wing Zionist family, Livni has become one of the most prominent political figures advocating for a two-state solution.

She is widely considered one of the most the most powerful women in Israeli politics, and has served in eight different cabinet positions throughout her career, setting the record for most government roles ever held by an Israeli woman. In 2011, she was named one of "150 Women Who Shake the World" by Newsweek and The Daily Beast, and for three years, Forbes magazine placed her on its "List of 100 Most Powerful Women." 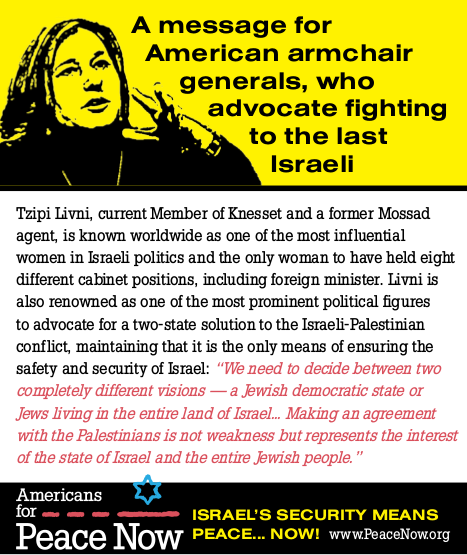