"Anti-Semitism," "persecution of Jews," "hatred of Israel," "racism" - the settlers' and the Israeli government's cries of outrage no longer impress anyone. The democratic world recognizes Israel, supports it and cares about its welfare, but the democratic world opposes the existence and expansion of the settlements and views them as a blatant and brutal violation of the basic principles expected of a democratic and enlightened country in the 21st century.

Until recently, the European countries and the US managed to believe of the Israeli position that it was only a temporary situation and that Israel honestly intended to end the occupation and allow the Palestinians to establish a state. But the wild spread of the settlements and outposts, the creation of facts on the ground, the granting of exceptional benefits and encouragement of the migration of tens of thousands of Israelis to the settlements, made the world and many Israelis doubt the honesty of Israel's intention to pull out of the territories. Building a house whose only purpose is to pitch a stake and create a fact on the ground speaks louder than one thousand speeches about two states at Bar Ilan University. The enlightened world is slowly wising up to the "Israbluff," even if 46 years too late, and is no longer willing to cooperate and finance an undemocratic project that morally contradicts its values.

The intermediary situation, of Israel talking about two states and doing the opposite, has led many to decide not to cooperate with the settlement enterprise and not to be part of the engine that enables that destructive project to expand and grow. Most countries and business entities still believe a distinction can be made between democratic Israel within the Green Line and occupying Israel beyond the Green Line, and choose to cooperate militarily, politically and economically with Israel, as if the occupation did not exist. Therefore, the recent dramatic decision by the EU to refrain from cooperating with the settlements is limited only to what occurs beyond the Green Line. But in the not-too-distant future, if the situation stays as it is and the Israeli government continues to expand construction on the settlements, even that distinction will collapse. A boycott of Israel at large, like the boycott that was imposed on South Africa, is only a matter of time.

But it is not only the outside world that is stopping to cooperate with settlement enterprise. Even inside Israel voices are rising that refuse to take part and actively support the enterprise that conflicts with their morals and values. Despite the settlers' attempt to capture hearts, many are no longer willing to "hold their noses" and ignore the fact that the idea of the settlements contradicts the values of Zionism and basic principles of the declaration of Independence. So far the settlers have managed to recruit almost all the government of Israel, extract huge budgets and exceeding benefits, but they did not manage, not even through legislation, to gain the sympathy of many citizens of Israel who view the settlement enterprise as pernicious and a moral stain on Israeli society.

No law can force Israeli citizens to move to the settlements, open a business in the settlements or be silent and not call on others not to finance or help the settlements grow. The Israeli public is willing to enlist in the army and defend the settlers with their bodies, finance their needs through their taxes as long as they are there, but not all of the Israeli public is willing to actively cooperate with the settlement enterprise, buy products manufactured in the occupied territories and economically support the settlements. It is not a personal measure against the settlers but a basic unwillingness to take a step that is morally at odds with a democratic worldview that opposes the occupation and sees it as a violation of the principles Zionism held dear since its inception. We came to Israel to build a Jewish and democratic state, a model society. We did not come here to rule over another people.

The Israeli government, still hostage to Elkin and Bennett, is not waging a political struggle for the benefit of Israel but staking Israel's tremendous political credit on the narrow interests of the settler leadership. The fighting currently being waged by the Foreign Ministry is hopeless. No public diplomacy policy or mumbling about the need to achieve a two-state solution will help. The world, just like half of the citizens of Israel, is sick and tired of the continued expansion of the settlements and for starters would like to avoid being part of it. If we do not understand the hint now and stop the continued construction in the settlements ourselves and for our own good, a sweeping economic boycott against Israel even within the Green Line is just around the corner.

Yariv Oppenheimer is the director general of Peace Now. 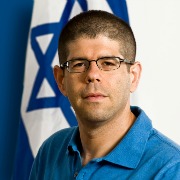